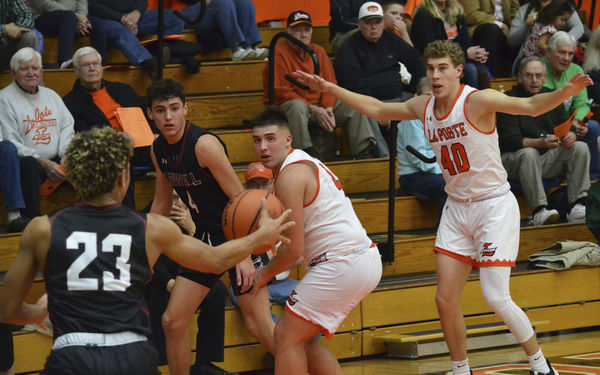 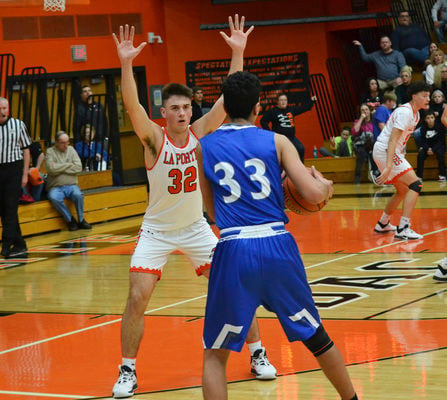 La Porte's boys basketball coach knows that, after all, once Duneland Athletic Conference play begins signaling roughly the halfway point of the season, the grind truly starts, especially when your next opponent has just one loss this season and is highly regarded.

“If you ask all the coaches in the league, Chesterton is the favorite,” Benge said. “They're the team that's kind of head and shoulders above everybody else, especially on the road for us. You're going into that environment. It's going to be a great night with the girls-boys doubleheader. We'll be up for a big challenge.”

La Porte (7-5, 1-0) travels to face the Trojans (11-1, 1-0) in a conference matchup at about 7 p.m. on Friday in the nightcap of a girls-boys varsity doubleheader. The Slicers upended Chesterton 71-65 a season ago when it entered with a 10-2 record and was receiving votes in that week's Associated Press poll.

So far this campaign, La Porte is two games above .500 and three of its losses have been to No. 5 Lafayette Jefferson, a top-15 team in South Bend St. Joseph, and a top-20 squad in South Bend Adams.

“Our schedule the first month of the season was just brutal,” Benge said. “So once we got past Christmas break and into the conference season, it helps us because we've been in tight games and we've played great competition. Even though our schedule's been great, the level and intensity is also going to raise in conference play, you saw that Friday night, and it's going to continue on week to week.”

Benge's team is 3-1 in its last four contests, beating Logansport, Lowell and Lake Central, while falling to Lafayette Jeff. Two of those three victories came against teams with winning records.

“These are definitely two of our biggest games of the year with Chesterton and City,” Slicers point guard Carson Crass said. “So we have a really good opportunity here to push toward the end of the year strongly in terms of our overall record and the conference. If we can get these next two games, then we'll definitely be a hard team to knock off at the top of the conference.”

Guiding the Slicers on a consistent basis has been their post players, notably 6-foot-6 senior forward Grant Gresham and 6-3 sophomore forward Grant Ott-Large.

Their play hasn't gone unnoticed by their coach, who's been pleasantly surprised by Gresham's maturation.

“We're getting great play out of our bigs,” Benge said. “Grant Gresham is a key guy. Going into the season, we knew he'd have a good senior year, but I'm not sure we were expecting him to do what he has. He's averaging 10 points and about 8.5 rebounds per game, that's a little bit more than what we expected. (Shooting guard) Garrott Ott-Large is leading us at 16 points per game. That's right around what we thought. Grant Ott-Large has been solid for us and is around 14 points per game."

Benge added that Crass paces the Slicers in several categories, including assists at about 7.5 a contest, while also being second on the team in rebounding, despite being one of La Porte's shortest players.

The bottom line is all of the Slicers collectively are aiming to build upon their success the rest of the season, while improving their pitfalls.

“We're starting to work better as a team, we gel a lot more,” La Porte guard Ethan Osowski said, compared to earlier in the campaign. “Off the court, it's more about becoming friends and bonding, which has helped us on the court.”