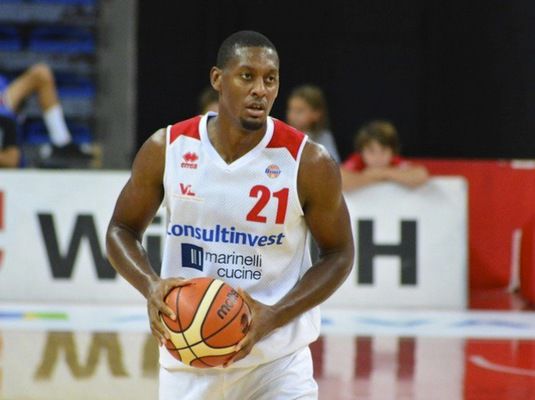 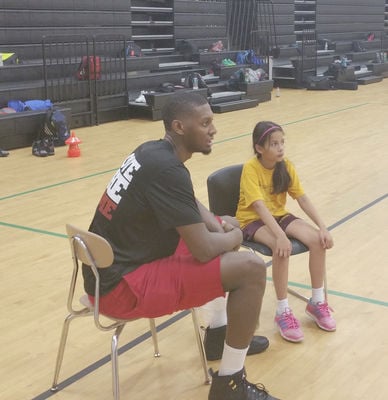 File photo by Steve T. GorchesJarrod Jones sits with a girl who hurt her ankle during the Love The Game basketball camp last year at Barker Middle School. Next week the camp returns, but at Michigan City High School this time.

File photo by Steve T. GorchesJarrod Jones sits with a girl who hurt her ankle during the Love The Game basketball camp last year at Barker Middle School. Next week the camp returns, but at Michigan City High School this time.

The location is different than last year, but you can expect the basketball fun to be the same.

Michigan City High School and Ball State University graduate — and European pro basketball star — Jarrod Jones is back next week with his Love The Game youth camp, and it will be held at his alma mater.

It’s the fourth year he’s brought the camp back to his hometown (the Love The Game camps also travel to Phoenix, New Jersey and New York City).

Last year was the first time I attended the camp, and it impressed me much more than other camps I’ve attended at other schools or YMCAs or Boys & Girls Clubs over the years.

Like Jones, Hummel has played in Europe the last couple years after playing for the Minnesota Timberwolves for three years. Last year he played for a Russian team.

Secondly, Jones is very hands on with the kids, who range from grade-school age to high school, despite their activity being much higher than the 6-foot-9, 27-year-old player.

“They have a lot of energy,” he said last year after a drill in which the kids almost wore him out.

The cost is $150 for the whole camp (all four days … $25 discount for multiple siblings) with registration due before the first day of the camp. To sign up, visit camps.ltglovethegame.com and click on the “Indiana Camp” link.

• Strike … not the good kind: When the word “strike” is heard in relation to sports, it’s usually related to baseball (balls and strikes, strikeout) or bowling. But the word was brought up in a bad way recently and I didn’t hear enough outrage or discussion about it.

Last week, Seattle Seahawks’ defensive back Richard Sherman said National Football League players “have to be willing to strike” to get anything done in relation to their contract situations.

That word “strike” in this context is taboo for fans. Lockout isn’t a fun word to hear either. It took baseball a while to recover from the strike of 1994 that resulted in no postseason and a late start to the 1995 campaign. The National Hockey League also lost the 2004-05 season due to a lockout.

But just because you don’t like the word doesn’t mean Sherman is wrong. He’s absolutely right since NFL players are treated worst among the four American pro leagues.

NFL players have the lowest average length of a career (3.5 years), but also get the least guaranteed money. In fact, they have few guarantees. They can be cut any time, while owners can prevent them from leaving if the franchise tag is used. Just ask Washington quarterback Kirk Cousins how he feels about his situation. He’s had the franchise tag used twice. Sure, he’s getting a ton of money each year, but if he has a season-ending injury that could linger into next year, he’s screwed.

I know, I know … they all make a lot of money so they should deal with it. Well, they make a lot of money because the owners make more money. Would you rather greedy owners who sit in offices doing nothing hoard the money and the talented players who put fans in the seats make nothing?

So understanding that without whining about what pro athletes make because it’s supply and demand, NFL players should strike to get treated better. The owners threatened to lock out the players when the current collective bargaining agreement had expired because they knew the players don’t want to miss games. The players need to call their bluff.