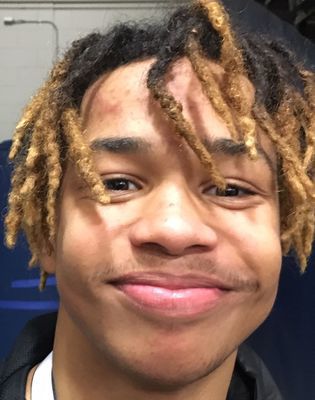 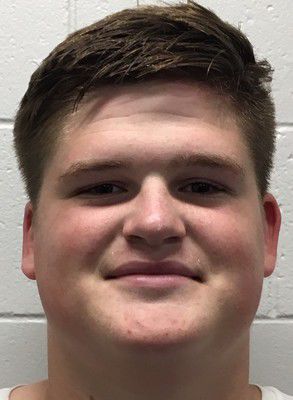 NEW CARLISLE — In the amount of time Hunter Whitenack spent on the wrestling mat Saturday, the new, leaner version of the New Prairie sophomore could’ve eaten a batch of chicken wings.

It’s not that Whitenack can consume large quantities in a short amount of time anymore, it’s that he’s cut back significantly on his intake in the process of getting down from football season-ending weight (340 pounds) to the weight that allows him to wrestle (285).

“It’s weird, I feel like a different person,” said Whitenack, who logged about three minutes of ‘work’ in going 5-0 in Saturday’s New Prairie Super Duals. “I feel better. I have more energy. I’m quicker.”

“(Going) 3-2 wasn’t our goal. The Valpo match could gone either way,” New Prairie coach Bobby Whitenack said. “It’s nice to win now but it’s a lot better to win at sectionals. We have stuff we can work on. The season’s still young as far as the post-season. We have set forward what we’ve got to do as we get toward sectionals.”

In addition to Whitenack (31-2), Jacob Abbott and Josh Brewer went 4-1, losing only against Chesterton.

“I’m doing pretty decent,” Watkins said. “I had a friend (Julian Tucker) who said he could see me being pretty good up here, so I tried it out. I liked the energy everyone gave off. It was like a family. I have fun while I’m doing it and that’s what I like. It’s like a whole new environment.”

The 5-0 finish was the first for Watkins, who was 4-0 at the South Bend Washington tournament, then sprained his wrist in the middle of the final match and had to default.

“I started off at ‘32 because I was a little strong,” he said. “Kamare told me to go back down to 126 and I’ve been dominating ever since. I didn’t think I would start off as good as I did.”

Watkins’ day included four pins, including a big counter move in his finale.

“He almost had me, but I had a good lock around his neck and flipped him over,” he said. “I’m pretty strong. I’ve learned most everything I’ve been taught so far pretty simply. I just use the basic moves and I like to counter. It’s just the motivation from my team. I want to see them win. I do my part and they do their part.”

Dunlap has high hopes for his new teammate.

“I think he’s good. If he keeps on wrestling, he’ll be even better,” Dunlap said. “He’s strong, he’s fast. As he gets more technique, he’s going to be unstoppable. Wrestling’s a hard sport, but he’s athletic. That’s why he’s done so good.”

“He beat me last year as well,” Dunlap said. “I wrestled pretty good. My outside single, my double, have been my go-to move for a while now. I’m pretty happy.”