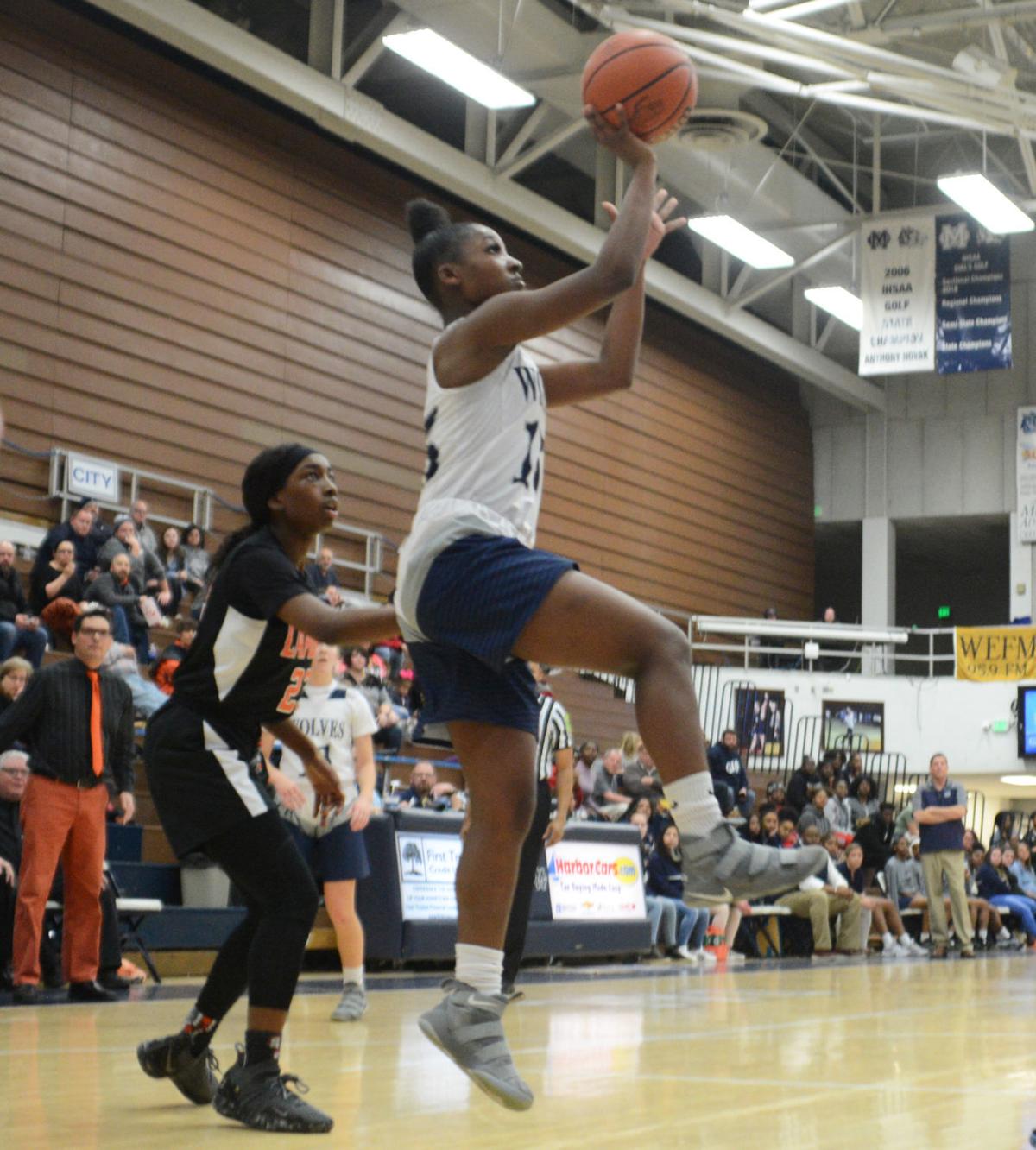 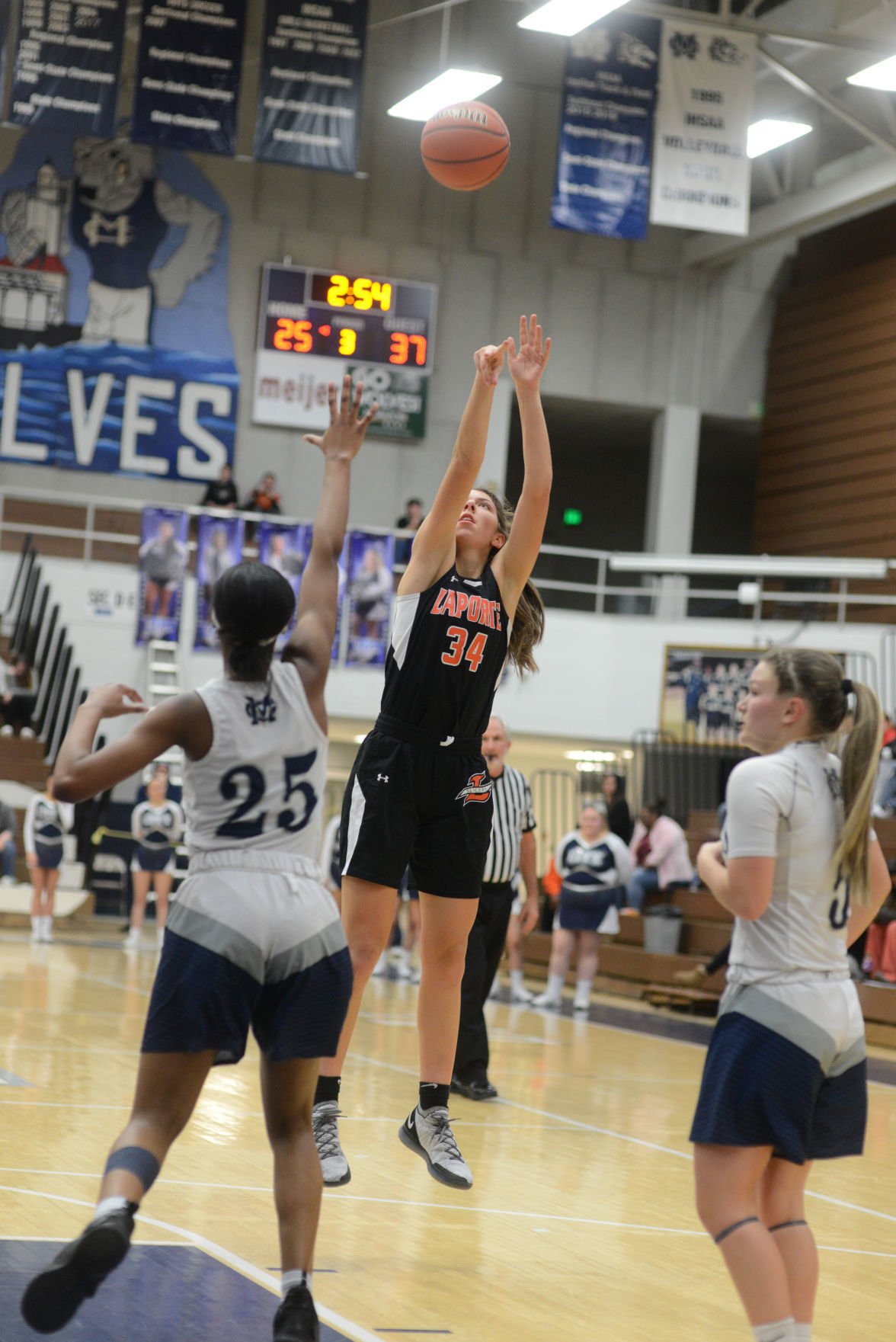 MICHIGAN CITY — While it wasn’t like its first victory of the season over Michigan City, La Porte isn’t complaining.

All the Slicers ultimately care about is a sectional championship.

La Porte secured its third sectional title in five years and first since 2017 by scrapping out a grueling 51-38 win over the host Wolves in the Class 4A Michigan City final Saturday night.

It was certainly different than the Slicers’ 62-28 drubbing of the Wolves late last month.

“We know in the sectional everyone starts 0-0,” La Porte’s Ryin Ott said. “It’s a whole new game, especially going into the championship. This was the goal for both teams. We just wanted it more. It’s just an awesome experience for us and our team.”

Ott was gigantic all night, earning a double-double with a game-high 21 points to go along with 10 rebounds and six steals. The 5-foot-11 junior also nailed a clutch 3-pointer when the Wolves cut a 19-point half deficit to six early in the fourth quarter to turn the tide back in La Porte’s favor. The Slicers (18-7) also pounced when City (11-14) standout, 5-11 junior Trinity Thompson, went to the bench with foul trouble for long stretches.

“Maybe if we wouldn’t have gotten in so much foul trouble, it would have been even more competitive,” City coach Mike Megyese said. “But (La Porte coach) Rob (Walker) has a great team, La Porte’s a great team. But we’re extremely proud of my group, what they were able to accomplish this year. Congratulations to La Porte and I wish them all the luck in the world next weekend in the regional.”

Ott did her very best to will her team to the victory. She was dominant before the break at times, tallying 16 points in the first stanza, greatly aiding the Slicers’ 33-14 half lead.

“She was exhausted, you could tell,” La Porte coach Rob Walker said. “We didn’t take her out. She had a no-lose mentality.”

Ott added she simply had the proper mindset and let her desire fuel her.

“I was just really confident and had the mentality to win,” she said. “I really wanted the sectional championship just as much as my team did.”

The Wolves clawed back to trim the margin to six early in the fourth, 39-33, after Katelyn Halfacre’s 3-pointer. But La Porte responded with Ott’s crucial trey to make it a nine-point game again. The lead never dipped below nine again. A minute later, Alanti Biggers drained a 3-pointer to push the advantage to 45-33 with 5:10 left. Then with about four minutes to go, the Slicers held the ball for extended periods, making it hard for City to catch up.

It was sluggish early for both teams with numerous jump balls. La Porte led 10-3 late in the first period, but the Wolves rallied to knot it, 10-10, early in the second. From there, however, the Slicers distanced themselves. They closed the opening half on a 23-4 run to build a commanding 19-point half cushion. They capitalized on City turnovers and Thompson sitting down with three fouls three minutes into the second period.

“It makes a big difference for us,” Megyese said of Thompson’s foul issues. “And we missed some shots early on and we weren’t really in sync. We were in good shape, then Trinity got her third foul.”

Thompson was called for her third foul with La Porte ahead 12-10. That’s when the Slicers began to pull away.

In addition to Ott, Biggers scored 14 and went a perfect 9-of-9 on free throws.

“The free throws were definitely big,” Biggers said. “Coach Walker talks about it every day, saying, ‘One or two free throws can determine a win or a loss in a game like this.’ So I knew stepping to the line these were big ones. No matter how early in the game it was, I had to knock them down.”

The junior guard Halfacre led City with 16 points, including drilling 3-of-5 behind the arc, while Jaden Smallwood was strong with 10 points. Thompson added eight points and finished with four fouls.

On the plus side, the Wolves lose no seniors to graduation.

“We’re the only team in this sectional that loses nobody and we’ll gain a couple players who were injured and didn’t play this year,” Megyese said. “So watch out for the future of Michigan City basketball. We’re back.”

The Slicers, meanwhile, will meet Munster (22-5) in a La Porte Regional semifinal at about 11:45 a.m. on Saturday. The Mustangs topped Lake Central 46-44 to win the LC Sectional.

“When you win the sectional, it’s pretty amazing,” Walker said. “It never gets old. There’s a lot of pressure. It’s a totally different game in the sectional than the regular season.”