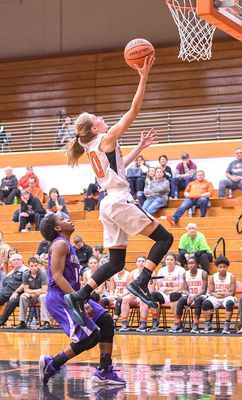 Photo by Robb QuinnLa Porte's Riley Ott drives to the basket last week against Merrillville in the consolation game of the Slicers' own tournament. 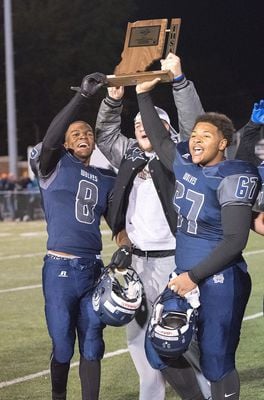 Photo by Robb QuinnLa Porte's Riley Ott drives to the basket last week against Merrillville in the consolation game of the Slicers' own tournament.

Another year is gone and that makes us all older and supposedly wiser.

Not sure I believe that because after 2017, I feel much dumber. Maybe it’s just me.

And this is the time when many people make their New Year’s resolutions as they try to fix wrongs in their lives — lose a few pounds, stop smoking or drinking, eliminate debt, stop rooting for terrible football teams (oh, wait … that’s just for fans of the Bears and Browns).

So how about some sports resolutions for the new year? From local to pro sports, I’m spraying to all fields just like Pete Rose, Rod Carew and Tony Gwynn (baseball references make you feel warmer, right?).

• GRIDIRON REPEAT: After a historic season for the Michigan City football team, how about a resolution to go at least one step further? The Wolves won their first sectional and regional titles, and needed about 30 more seconds on the game clock to force overtime in the semistate at Kokomo. Resting on those laurels is for fans, not the coaches and players. City is losing a lot of talented seniors, but here’s hoping head coach Phil Mason puts it all together so another trophy hoisting is on the docket.

• COACHING CAROUSEL: Multiple schools made high-profile coaching changes in the past year — a couple of them at La Porte with longtime successful coaches no longer there. The Slicers had to replace softball coach Bob Severs and boys basketball coach Tom Wells. Both were great guys in addition to being great coaches, and neither will be easy to replace. First-year boys hoops coach Kyle Benge has his team playing better lately after a slow start, so here’s hoping he keeps the improvement going so I can stop thinking about the way Wells was unceremoniously removed.

La Crosse also changed boys basketball coaches — twice. Jeff Mitzner wasn’t brought back (quite unfairly in my opinion) and he was replaced with Jeff Marlow, who then quit early in the summer. The new coach is Preston Frame, who has the Tigers off to a 2-6 start. The key is what they can do in the postseason, since they have only won one sectional game in the last nine years. Oh yeah, that was last year under Mitzner (and they were ahead of Westville early in the third quarter of the sectional semifinal, too).

South Central replaced both its boys and girls basketball coaches. Boys coach Joe Wagner, who was a loyal longtime assistant under Wells at La Porte, is off to a 1-8 start after losing some key seniors. New girls coach Wes Bucher’s squad is 8-7 and 4-1 in the Porter County Conference (PCC), with the only loss coming to a talented Boone Grove team. Two of their wins have come against Class 3A programs (Wheeler and New Prairie).

Collectively, these schools needs to have a resolution to have no more school board meetings about coach replacements and let the new coaches build programs.

• SPRING DOMINANCE: Speaking of South Central, its softball team has one simple resolution for 2018 — three more good innings. That’s all the Satellites needed to reach the state finals. They defeated PCC rival Morgan Township in the semistate semifinal, and were up 3-2 on Tri in the fifth inning of the semistate final before losing a heartbreaker 4-3. It’s easily the most dominant local team in the spring, winning four straight sectional titles and three straight regionals. Keep it up and go at least one step further.

• TOUGH THREE-PEAT: Led by Riley Ott, who recently topped the 1,000-point mark in her career, the La Porte girls basketball team has won back-to-back sectional titles for the first time in 21 years (1995 and ’96), but a tough resolution for the Slicers would be to make it three. Thanks to IHSAA realignment every two years, La Porte’s sectional now has Penn in it. The Kingsmen are 14-1 and ranked No. 11 in the Class 4A media poll. They’re not impossible to beat. After all, the Slicers did hang with No. 5 Homestead last week.

• BACK-TO-BACK: How about a resolution for the Westville boys basketball team to win a second straight PCC Tournament title? Or maybe add an elusive sectional title to it. The Blackhawks recently lost three straight before edging Hebron 45-43 last Thursday. They need to gear up and play better as the PCC tourney approaches in less than three weeks.

There’s dozens more local ones I could get to, but I have to get some of these pro sports resolutions off my chest …

• BEARS: Fire John Fox today. Period. He’s a lethargic, overly conservative, needlessly derisive coach who is way past his prime. The Bears have gotten worse in his three years, and that’s saying a lot since he replaced “Dr. Death” Marc Trestman, who seems to do just fine in the land of hockey, free health care and fake bacon to the north. Trestman just won his third Grey Cup in the Canadian Football League.

• BULLS: Stick with the rebuild. Sure, they’ve been playing great since a 3-20 start and Nikola Mirotic’s return, but they don’t need to make the playoffs. They need a high draft pick to pick a future star.

• BLACKHAWKS: Sorry, we all love the captain, but it’s time to trade Jonathan Toews. He’s been unproductive for the last two seasons. Leadership can only take you so far. It’s not worth $10 million a year.

• CUBS: Don’t trade for Manny Machado. There have been rumors that the Cubs are looking seriously at trading for Baltimore’s superstar third baseman, who wants to switch to shortstop and only has one year left on his contract. You need another starting pitcher or two, not a one-year rental hitter.

• WHITE SOX: Don’t trade for Manny Machado. You need to stick with the rebuild, call up some of the high-profile prospects this season, and trade a couple more players to get even more prospects — namely, Avisail Garcia and Jose Abreu, since they would both garner a nice return.

• COLTS: I don’t really care. I guess they should fire Chuck Pagano and hire a better coach, but I have no faith in a team that threw away this season when they wouldn’t sign Colin Kaepernick to backup injured Andrew Luck.