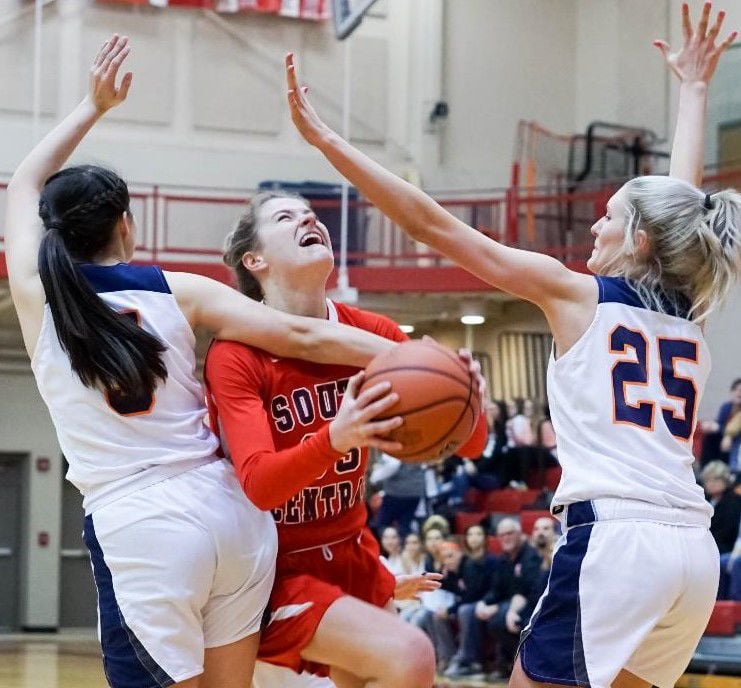 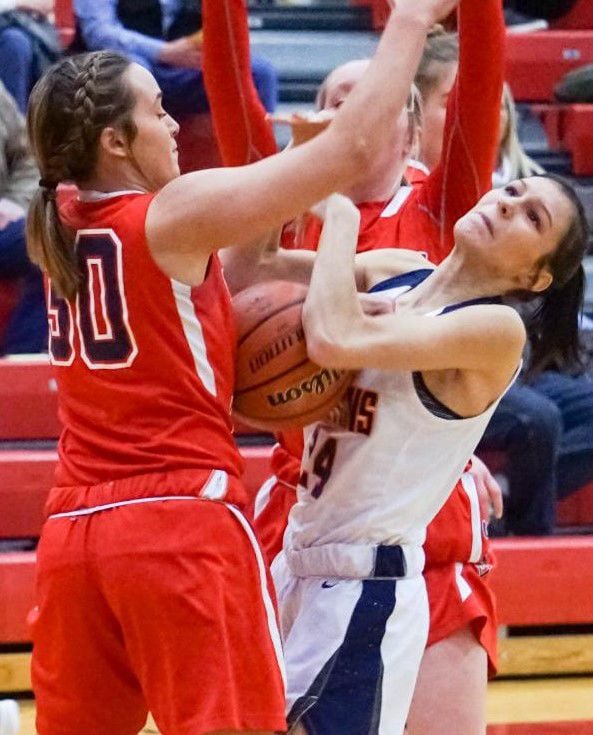 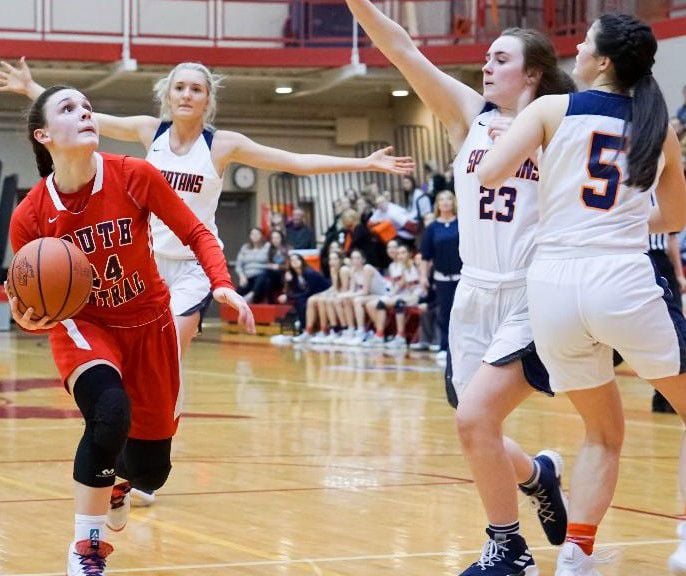 HEBRON – When Wes Bucher and his coaching staff sat down back in October to plot out plans for the season and South Central’s move to Class 2A, the conversation wasn’t all that different than the year before.

“That didn’t really change,” Bucher said. “At the end of the day, we’ve got confidence in each other, getting everybody involved in that mentality that it doesn’t matter who we’re playing or at what level, we just play our basketball game. Our game plan is all about what we’re going to do, what we’re going to get better at. Focus on yourself first. A year-long of doing that can get you ready for any level. You play enough good competition throughout the year, you take your whips and lashes, and this is what you get.”

‘This’ is a Class 2A sectional title, which the Satellites garnered Saturday with a surprisingly decisive 53-38 win over defending champion North Judson.

“We won last year in the 1A tournament, stepping up to 2A, it was more pressure on us, we knew Judson was tough, but I think, we just said in our mindset we just have confidence, the (Porter County Conference) tournament, when we were here, we didn’t do too hot, we just said, let it go, don’t think it’s a championship, just play a regular basketball game and come out stronger,” Faith Biggs said “This is our first 2A sectional for South Central, we wanted to be the first in school history. We didn’t get there in volleyball. Judson’s beaten us three years in a row, some time we’re going to have to beat them and tonight was the night.”

Once again, Biggs was the offensive spark, scoring 13 points in the first 10 minutes with a trio of treys and baskets off open-court steals.

“I don’t want my senior year to be over,” she said. “I want it to continue as long as possible. Basketball’s not really my sport. I love it, but sometimes I get down om myself. I’m gonna miss (shots), but I’m just pulling the trigger and hoping it goes in.”

Biggs notched 15 of her game-high 17 points in the first half as North Judson’s zone pinched on Amber Wolf in the post, leaving shooters room on the arc.

“You’ve got to give Faith credit again,” Bucher said. “She hit some big 3s. The aggression, it’s nice to see in a sectional championship game. We need people to step up and take the big shots. We hit some big shots. She’s confident to even let it fly up 12 when we shouldn’t be shooting anymore.”

The win was then secured on the defensive end and the free throw line, where the Satellites went 14 of 25 in the second half. The percentage wasn’t great, but it was plenty considering the Bluejays’ major offensive woes. NJ shot 1 of 13 from the field and 1 of 7 at the line in the third quarter, managing a solitary point over a stretch of 5:36 that saw the margin climb to 12 (37-25).

“We said at the break, we’re going to draw a line in the sand and if you stick to it, you’re going to win this game, the third quarter’s going to change this game,” Bucher said. “We come out and we close the door. I just love those moments for high school kids. The first time we got in our 1-3-1 (a 40-38 loss on Dec. 14), we picked them up way up here at halfcourt. With a talent like (Lilliann) Frasure, you can’t do it. The idea was lay off and stick at passing angles, and attack. That’s not necessarily their strong point. That 1-3-1 frustrates driving.”

The basket kept shrinking for Judson in the fourth as its field goal drought reached 11 minutes. The margin never shrunk below 11.

“The team’s been working hard at anticipating and pushing the ball,” Marks said. “It’s very exciting when we get a steal, fast break. Ever since PCC, our mentality has been, we’re going to push and we’re going to win sectionals. Everyone has wanted it. We all work together. Everyone picked each other up and we moved on from it.”

“She played her best game in the postseason,” Bucher said. “Last year, we had Delanie as a freshman step up, it was Liv tonight. Again, it’s the aggression. She’s a very (Dennis) Rodman-esque player and I love it.”

“I’m just so proud,” an emotional Bucher said. “It’s a long season. There’s a lot that goes into these moments, the amount of times we’ve had to correct things and yell at people, encourage. It’s 12 strong, It’s not just the starters, it’s everybody that gets out there every day and busts their butts. The selfish part of us gets involved in situations where we start getting down on ourselves because we’re not playing and it wears on you mentally all year long, and then you get to something like this and it just reminds you why you do it. It’s so rewarding to see them come together and win after all that effort. We’re very blessed to be in the circumstances we are. I’ve got to thank God for the opportunity.”

Faith Biggs had 17 points for the Satellites