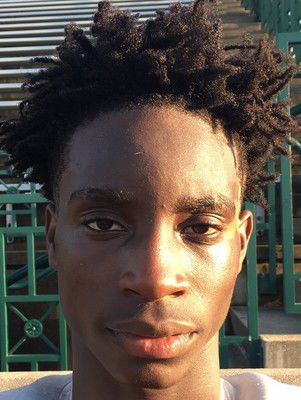 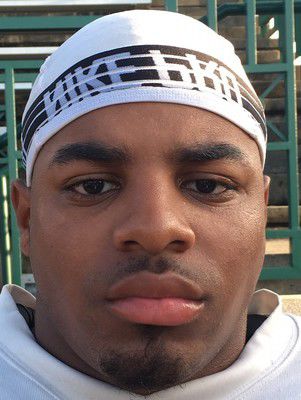 The next six possessions had a much more favorable result.

The Wolves scored 41 points in a span of just over seven minutes of the opening quarter and cruised to a 60-7 romp at Ames Field.

"Coming out, we're like, we've got to get them," Kaydarious Jones said. "Coach was like, you're running 1000 yards if we don't get 500 yards and slaughter rule before halftime. We can't play around. Last year against Griffith, we were kind of sloppy. We've got to treat everybody same, whether it's Valpo, Homewood-Flossmoor, whoever."

The last three quarters of the game were played with a running clock at Griffith's request.

"We really don't want that in the first half, but what am I going to tell them? No?" Wolves coach Phil Mason said. "We've got to play. We still want to get reps. If it was week eight, we wouldn't have done it. It was great seeing our guys making big plays. I don't know what to say. Holy cow."

City broke on top at 7:59 of the first on a 2-yard run by Jonathon Flemings, one of three touchdowns for the bruising junior back in a span of 4:30.

After sitting out last year for academic issues, the return to the field was sweet for Flemings, who finished with 89 yards and four scores.

"I didn't play last year, so to come out and play like that, it's a blessing," he said. "That just made me hungry to come back and play. I wanted to come out and do my thing. The line blocked tremendously, coach made the right calls. That's the way we can play. We've got to continue to do that. Our goal is to beat Valpo and if we play like that, we can do it."

Flemings' third score followed a fumble recovery by Cornell Branch IV at the Griffith. Branch also hopped on a muffed kickoff by the Panthers.

Jones housed a 54-yard punt return and almost did it again on the next punt, racing 40 yards to the Panthers 20, and Flemings went untouched wide left on the next snap for a TD.

"When I was running the second one, I saw the Wolf, Marquan (Hurt), and I telling him, come get the guy behind me. I was getting tired," Jones said. "In practice, we're just specializing on the things I can do, getting me the ball on special teams, quick bubbles, things like that. Coach says, just do what you can. Man on man, he expects me to make that move, make first person miss. Then it's just me finding where my main secondary blockers are, helping me find holes.

Ware pounced on another Griffith fumble at the 17, and Flemings surged in from the 2. The Panthers then coughed up the kickoff and Michael Bradford got into the act with a 30-yard dart to Demetrius Garrett.

Bradford followed with a 41-yard sprint of his own to cap the onslaught at 0:54.3 of the first quarter.

Griffith, which had minus-26 yards and no first downs in the opening 12 minutes, struck quickly on a 60-yard by Robert Gordon to break its goose egg at 5:02 of the second.

Despite the rout, Mason didn't have to look real hard to find some issues. City had six penalties for 70 yards in the half, including a pair of personal fouls, and while it came up with five Griffith turnovers in that span, it committed three of its own, as Bradford lost a fumble and was picked off twice.

"We're making some mistakes that we've got to make sure we clear up," Mason said. "We were a disaster on extra points and field goals."

Hayden Dworkin and Mikye Williams tacked on fumble recoveries in the second half as Griffith wound up with eight turnovers.

"How many did we have?" Mason asked.

Giovani Laurent and Lovell Sanders Jr. got into the scoring act in the fourth quarter as Laurent went untouched 18 yards on a nice ball fake and Sanders powered in from the 2.