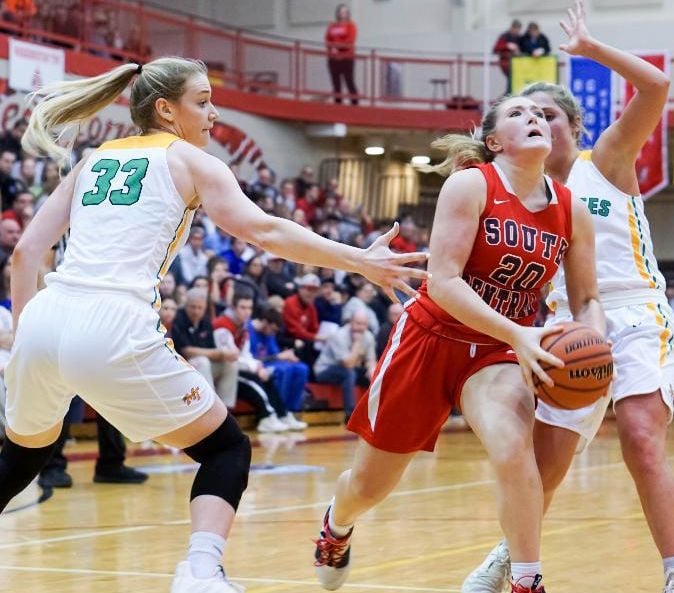 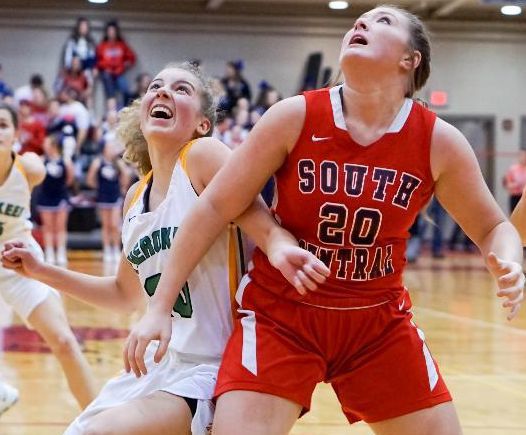 Like plenty of right-handed basketball players, Delanie Gale's heard opposing coaches yell it to the person guarding her when she has the ball.

The South Central sophomore will laugh to herself, maybe even crack a smile as she purposely heads that exact direction.

"I'm like, OK, make me go left, I want to go left," Gale said. "They don't know that I can go left-handed, that I actually prefer left-handed. They finally catch on about the fourth quarter. It's definitely very helpful for throwing cross-court passes. When somebody's on your right side, you can't pass with your right hand."

Predominantly right-handed on and off the court, Gale's not sure how the dexterity with her left hand developed like it did, though she's got a few hints.

Anyone who sees Gale sling the ball across the court or over the top of a zone would with her 'off' hand would assume she was left-handed. Not only does it get there with the necessary velocity or finesse, as the situation dictates, it arrives precisely where it needs to be.

"She has the confidence to throw passes, to do things with either hand," Satellites coach Wes Bucher said. "She shoots half-court shots left-handed in practice, she makes three-quarter court passes left-handed. If you don't have the knack for that, it's hard."

Also a standout in softball, where Gale plays third base, she's always fielded and hit right-handed, never turning to the other side of the plate to slap hit as some do.

"Sometimes, messing around, I'll swing left-handed and it feels different because I'm always hitting right-handed, but it doesn't feel completely awkward," she said. "At practice, I'll shoot free throws left-handed, 3s left-handed. I've pulled up from 15 feet and shot left-handed and made a few in games."

Gale averages 9.2 points per game for S.C., which plays Adams Central in Saturday's Class 2A Winamac Regional at noon. The 5-foot-4 guard is second on the team in 3s with 29, leads the Satellites in free throw accuracy at 74 percent, and is three off the top spot in assists with 52.

"There's a lot of running on the back of our 1-3-1 (zone). I think I've progressed defensively along with passing," Gale said. "That's a big part of my game because if someone is open, I try to get them the ball. I've worked a lot on my shooting. When you're short, it's hard to get to the basket. If you get fouled, you don't usually get the call."

Bucher loves Gale's toughness and believes there's still plenty of ceiling above her to improve.

"When Delanie is focused on what she wants to do, there's not a lot that's going to slow her down," he said. "When she finally gets over being down on herself every once in a while, I would be scared to play against her. She's tough. She has the willingness to try something new, and if she doesn't see success right away, she will hammer it home until she does well at it, to make herself the best she can be. She carries that on in any sport she plays. She's been working year-round on this little Euro-step. She's trying to become a more multi-dimensional guard. Right now, she's a shoot first every time. She should, but she knows with Amber (Wolf) and Faith (Biggs) leaving, she's going to need to be able to do a little more getting to the rim."

That will all come in due time. Right now, Gale aims to help S.C. take the next post-season step.

"I'm very excited," she said. "I think we can definitely take it to semistate. It's going to be a good fight for every team in it. If we keep playing the way we did in the sectional championship, we're definitely going to go far."