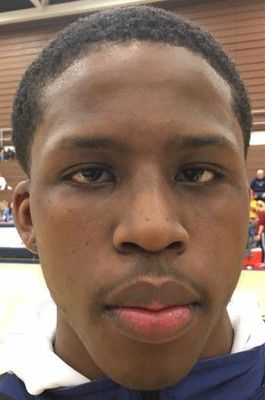 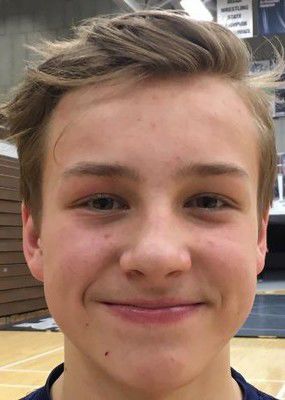 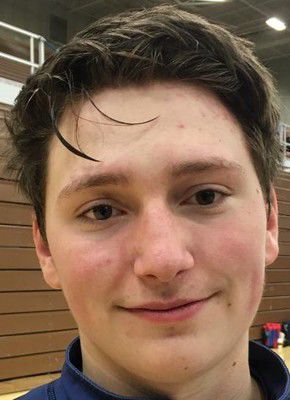 MICHIGAN CITY — It was a bittersweet Saturday for Chandler Antrim.

The Michigan City wrestler finished 5-0 at the Wolves' Super Duals tournament, which will serve as a rousing send-off for the junior, whose family is moving to Valparaiso before the start of the second semester.

"We've been talking about it for about two years and it finally happened," Antrim said. "I wish I could finish the wrestling season here. I felt good to do good for my team, to not disappoint them. I'll miss them. We had fun working hard. (Coach Chris Deutscher) was a really good coach for me. He helped me through my problems. He's done really good with the newbies. He got them going. We made a family here."

Family is the reason Antrim will be moving. The oldest of nine children with another due in February, he currently lives in a house of 13 with his parents and grandparents.

"It's kind of crowded. We've got seven people in one room," he said. "We've got four bedrooms now. I'm excited for it. My brother (Xavier) and I will be on the same team next year. Valpo's a good school. I'm not too worried about the education. It just sucks leaving the team."

On the plus side, Antrim has spoken to the coaches at Valpo and will join the team, getting a shot to win the 170-pound class.

"Chandler's a big personality in our room," said Deutscher, who held a team bowling outing Monday as a farewell for Antrim. "It's definitely not something he's embracing, but when your parents move, you've got to go along for the ride. He's a good kid. He does what he can."

Antrim, who moved to Michigan City from Texas at the end of his eighth grade year, qualified for the regional as a freshman. His final performance with the Wolves, which included four pins, was a big turnaround from the Munster tournament, where he went 0-5.

Freshman Jack Barnes (152) joined Antrim as a weight class winner, scoring four first-period falls to go with a forfeit in earning a share of his first title.

"Wrestling varsity, I've gotten beat up a lot, but wrestling with the big boys, we're not here for the win-loss ratio, we're here for the experience, the mat time," Barnes said. "Coach is really focusing on the freshmen. He sees a lot of potential in us. A couple of them, it's their first year wrestling, so it's a great opportunity to put their feet in the water."

"Jack comes in with a little bit of experience, some bad habits he was able to win with at lower levels," Deutscher said. "He's up in the room every day and works hard. He's been thrown to the wolves wrestling varsity. He's not in a lower weight class where he can duck more mature guys. If he's on a JV team, days like this would be pretty often. We've got to pick and choose and when we get the right size competition, we've got to take advantage of it. He got a pretty good draw, which helped build his confidence."

Closer to 145 than 152 at 146 pounds, Barnes bumped up a weight to avoid a logjam at the lighter position.

"I've got to work really hard for it," he said. "Coming in, I was the underdog. Our team, we're not going to have all the weight positions, so it's all about winning our matches. That's what the coaches talk about, having heart, really wanting it. I try to push myself all the time in practices. I came in here with lots of confidence. I just stick to my fundamentals, do what I've been practicing. I knew I wasn't the top wrestler, but I just do my best. I took a step back, addressed the situation, understand I'm not going to out-power them, but when they mess up, I capitalize."

Senior Kamare Dunlap, City's most successful wrestler at 14-2, dropped a match against Andrean to put a blemish on his day at 160 in his first action since an MCL sprain less than two weeks prior.

"I was very sad when I took the loss. I usually go 5-0 in tournaments. I lost to a kid I wasn't supposed to lose to," he said. "My stamina's not the same. I'm wearing a knee brace, icing it every day. I felt the same, I'm just trying to get back in the groove. I'm looking forward more for (the) state (tournament). I've got a really good coach. He's a great guy. He pushes me really hard. We've got two more coaches since we started and they're really good, too. We're a young team, but these guys are learning. They work hard, so by the time they're juniors and seniors, they'll be really good."

Deutscher was glad to have Dunlap back, even if he's not quite up to speed yet.

"Luckily, it's not a tear and he can push through what he has, do what he can, and have a senior season," Deutscher said. "He was (moving) kind of gingerly on it. He wasn't in his best condition, it wasn't his best moving, but he'll work back into it. We don't want him to get injured and lose the rest of his season. He's one of those quiet, tough kids I worry about because he says everything's fine. I love that attitude, but at the same time, I have to get a feel for how much pain is there. I had knee, shoulder surgeries, so I want to try to prevent that for him if possible. Once you're cut on, it's a little bit different."

City went winless on the day as a team, fielding a roster of just six with two regulars sidelined by injuries.

"Even in losses, we still come out with a certain game plan and we count it as a win if the individuals are progressing," Deutscher said. "That's where we're at. We have to focus on the small steps, the things we need to improve on instead of the mountain in front of us."