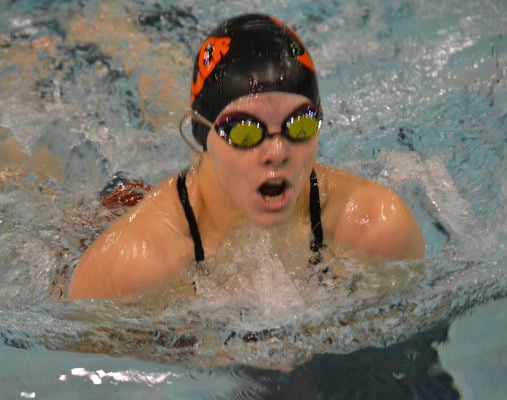 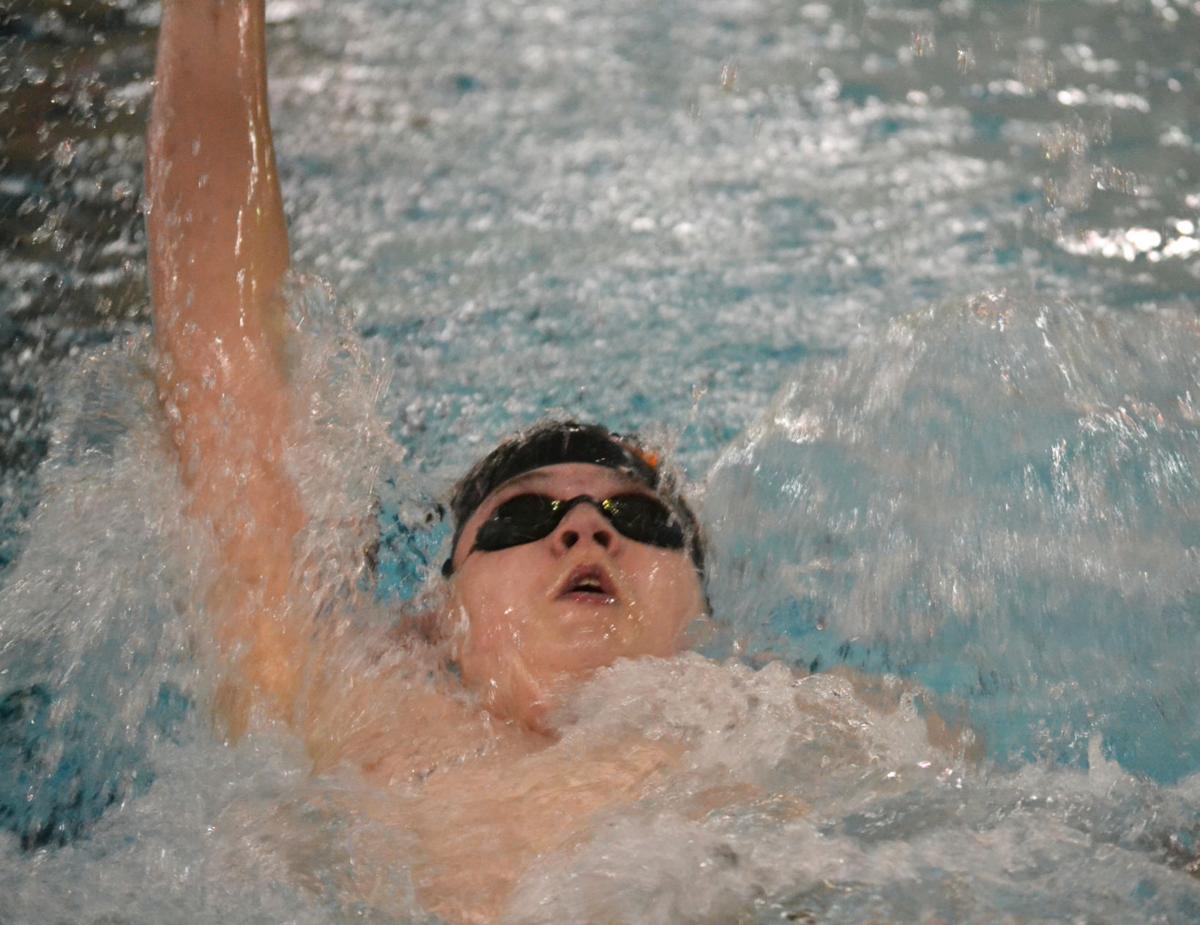 In the end, though, the Slicers couldn’t quite keep pace with robust Lake Central, despite an admirable performance, falling 113-73 at the Slicer Natatorium.

“This meet shows us where we want to be when we meet them again,” La Porte’s Becca Shaffer said. “And how much harder we have to work to get there, and hopefully, beat them at the DAC Meet.

"We did really good because last year we weren't in it. Everybody was all there for each other."

The Slicer boys, meanwhile, dropped a 148-35 decision to the Indians and had just nine swimmers compete.

“I'm very happy with how everybody did,” Slicer girls coach John Doty said. "We had a bunch of personal bests and season bests. We always know going in against Lake Central it's going to be tough.”

"The 100 fly was my best event tonight because recently I haven't been feeling my fly in practice," Shaffer said. "And then, I just came out here and I was super nervous because I didn't want to lose, and I just swam it and ended up earning a really good time."

The Slicers' 200 medley relay team of Cooper, Wiencek, Shaffer, and Alicia Wireman posted second with a solid time of 1:57.88, while their 200 free relay quartet of Wiencek, Shaffer, Wireman, and Cooper took second (1:44.78).

“Lake Central's a very, deep, deep team and we knew that coming in, so we were shooting for personal-best times,” La Porte boys coach Brahim Hakim said. “And we got personal bests almost across the board. And some of our brand new swimmers who have never swam before had some amazing time drops.”

After his final dive, he struggled to get out of the pool and had to be helped to the locker room by the Slicer trainer and coach. He later returned to the pool deck.

“There's something going on that we've been monitoring,” Hakim said. “He's had some issues and we're trying to get him healthy. He also smacked his ankles on the diving board, so those last two dives he was diving in a lot of pain. That was the main issue. Considering that, his last dive was a pretty spectacular dive. So I was really proud he was able to gut it out and knock out those sevens and eights on his last dive.”