Home
News
Obituaries
Sports
Features
Opinion
Columnists
Multimedia
Classifieds
Jobs
Contact Us
How do I?
1 of 6 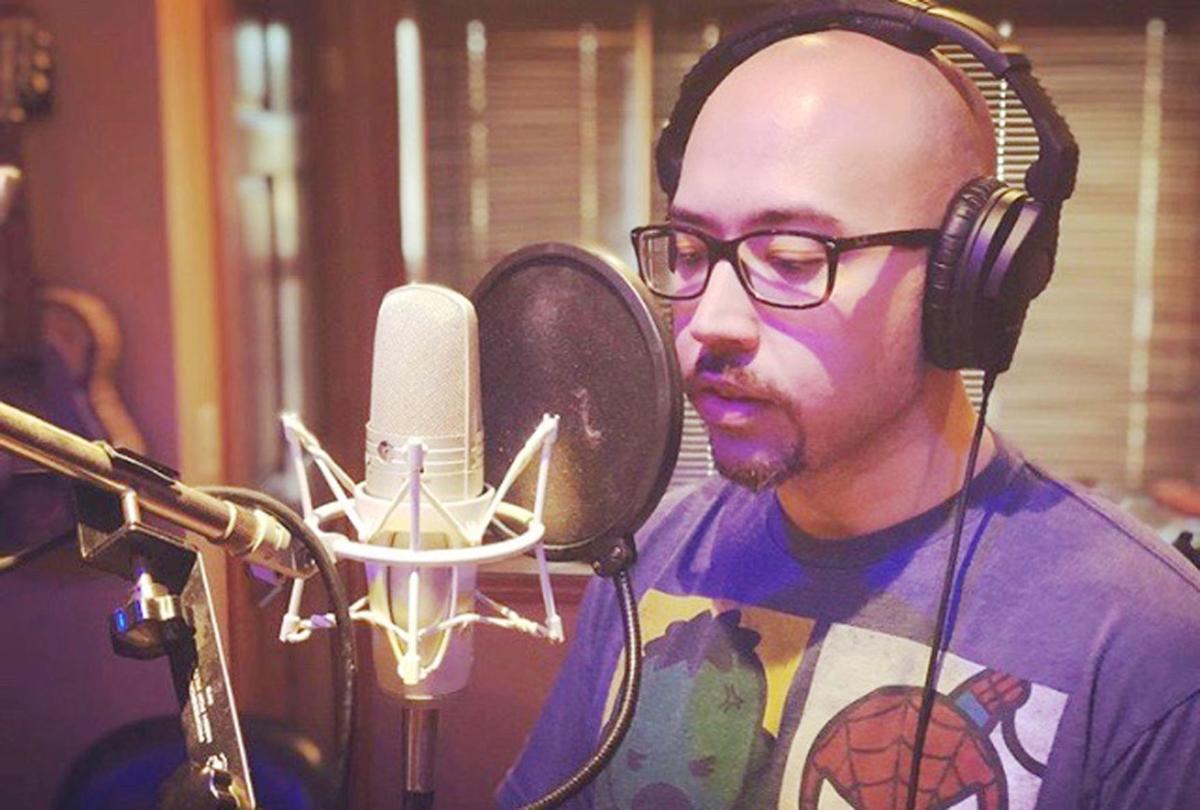 Rhymer / Educator, who opened for Vanilla Ice in 2019, is one of the featured artists on the Michigan City compilation album, “Covid 219.” 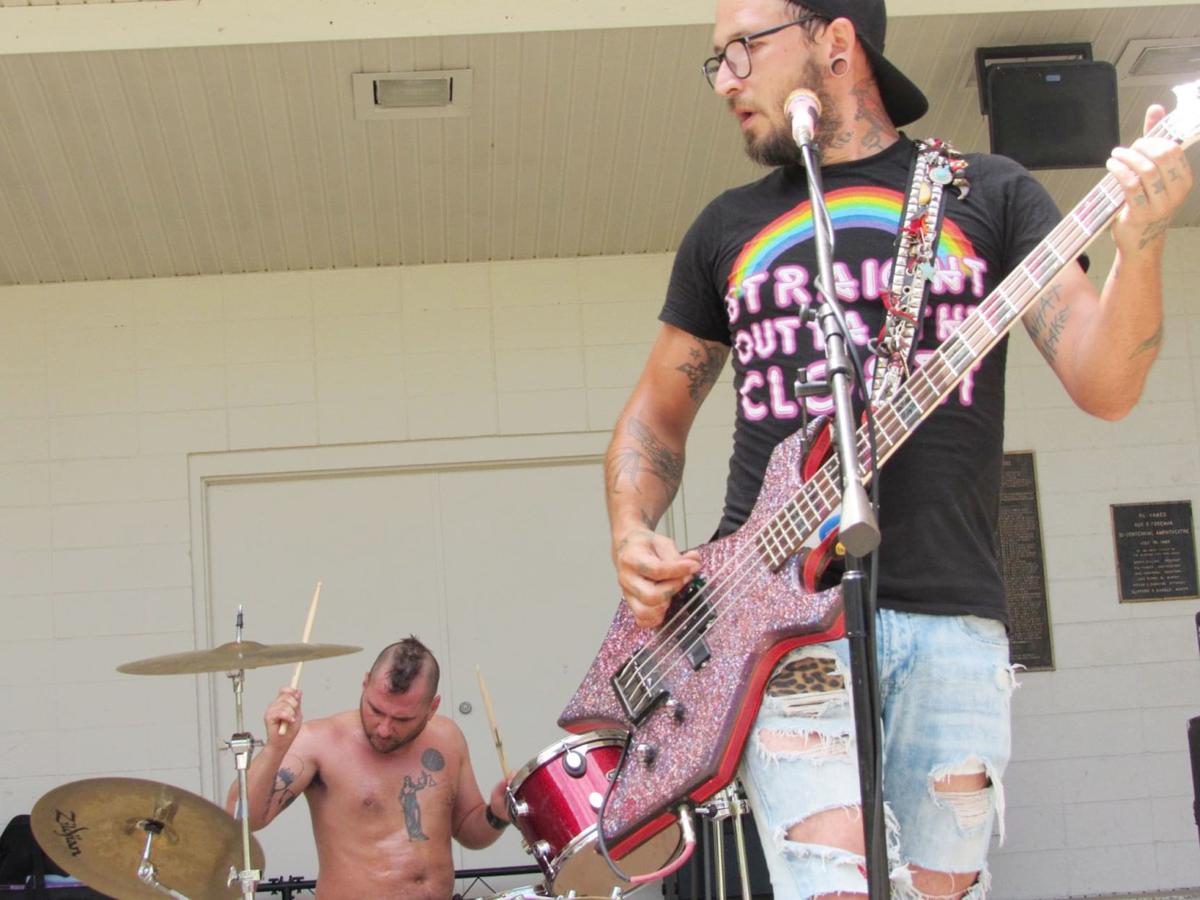 Jake Lawless, right, frontman and bassist for the Queer Metal band Blastcap, performs with drummer GUMBa (Seth Blues). They are one of the featured artists of the album. 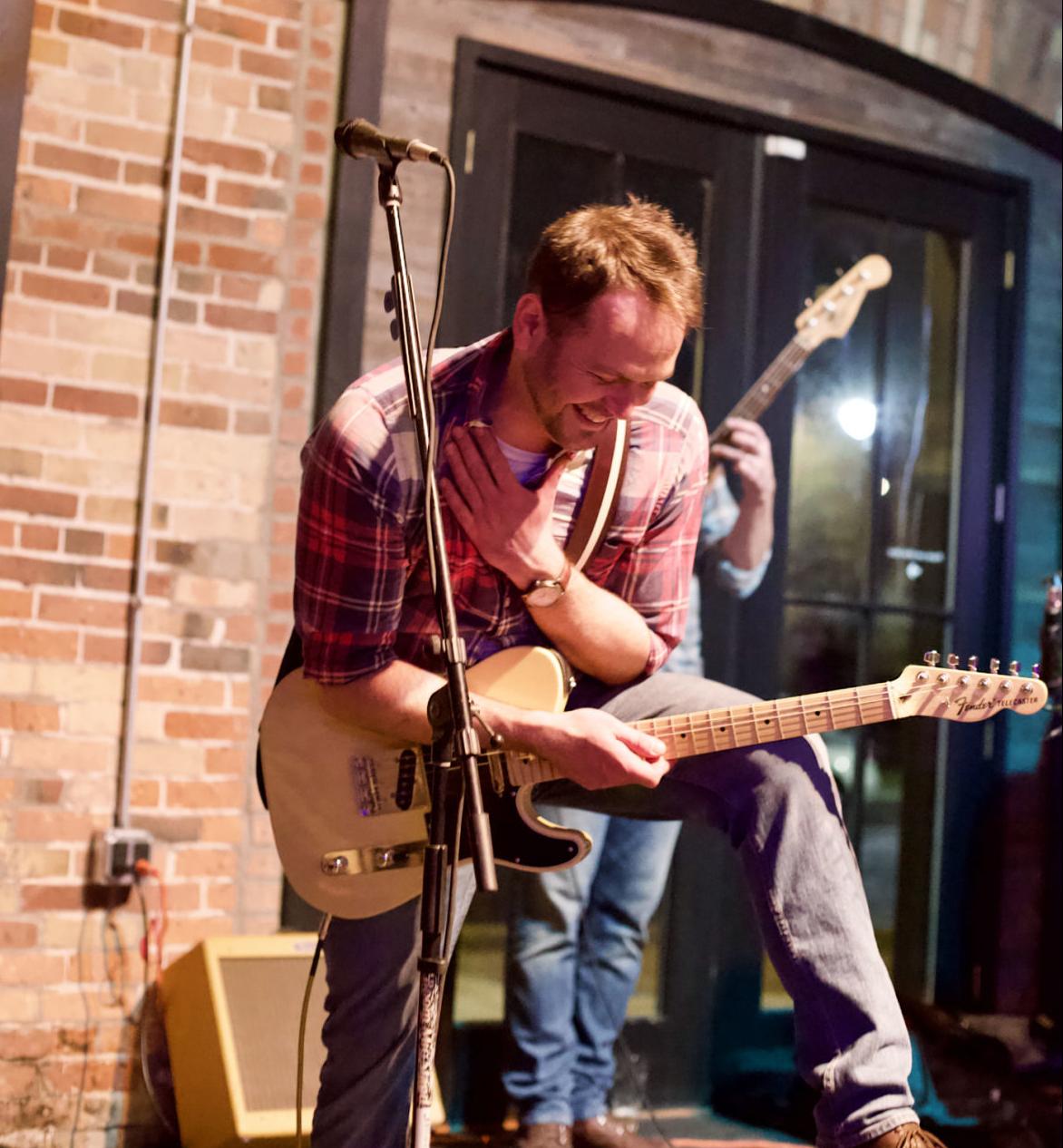 Michael Kucharski, bowing to the audience after a performance, contributed the song “Hold on” to “Covid 219.” 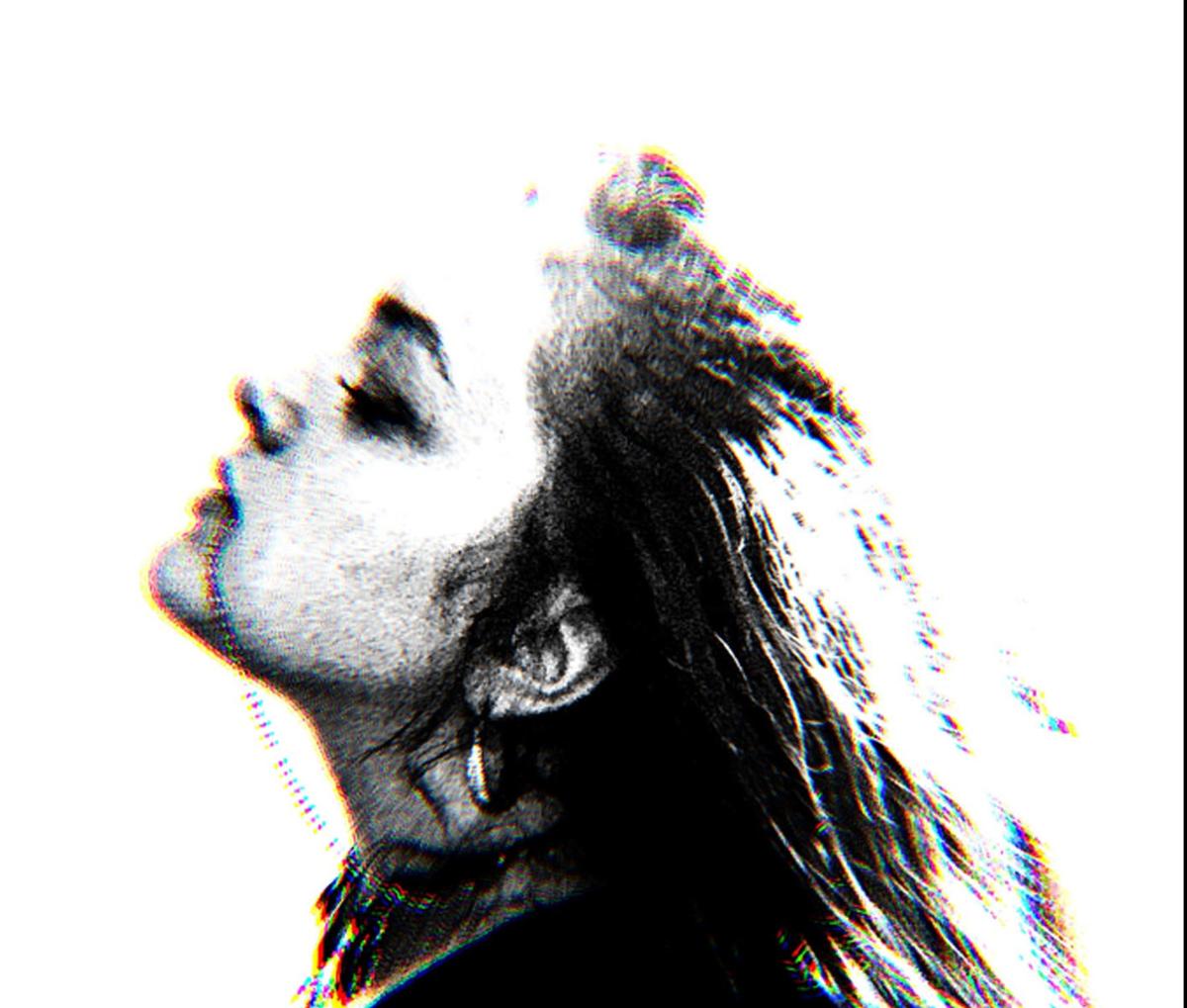 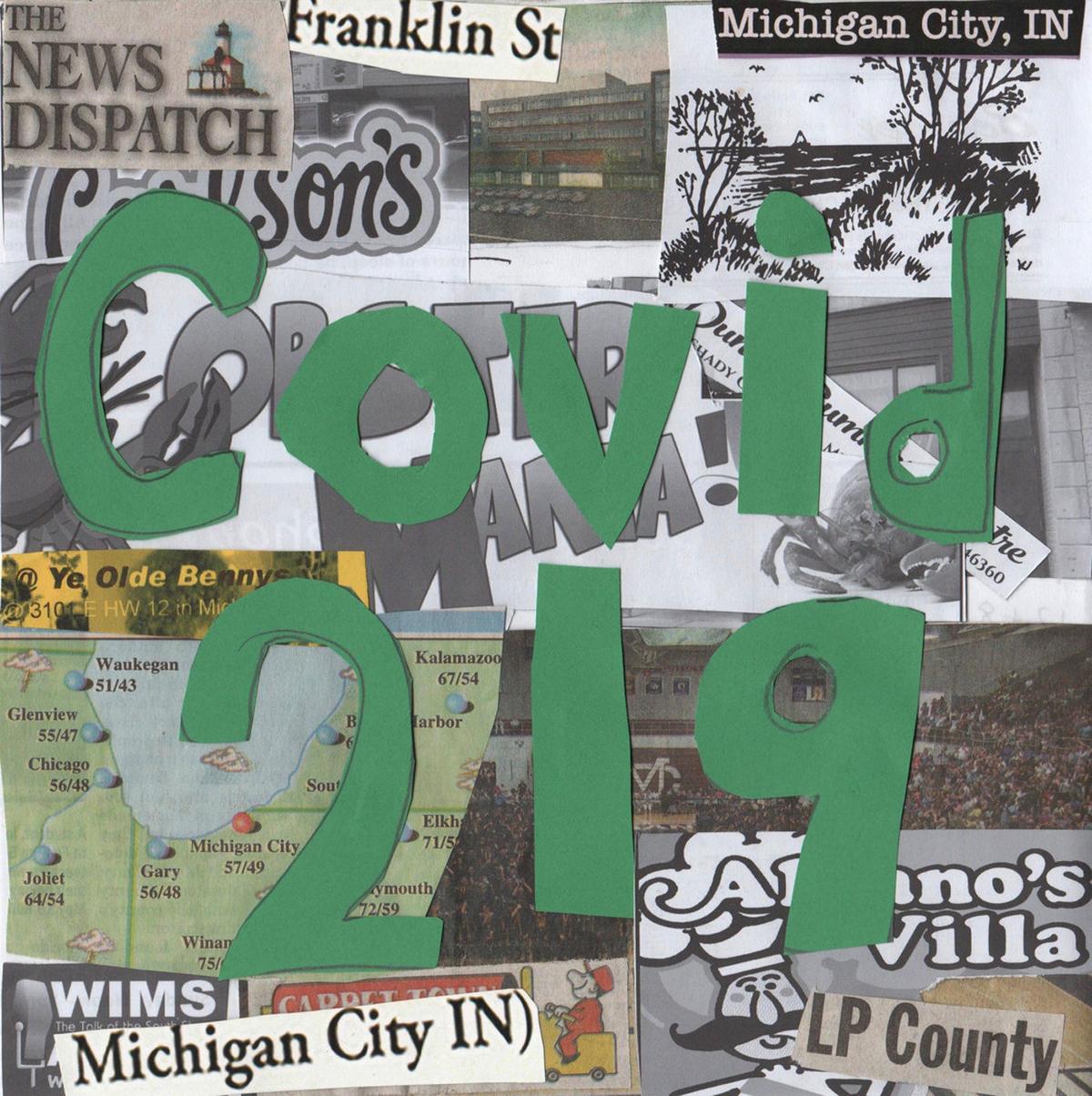 “Covid 219” features songs by Michigan City artists and musicians in the 219 area code. 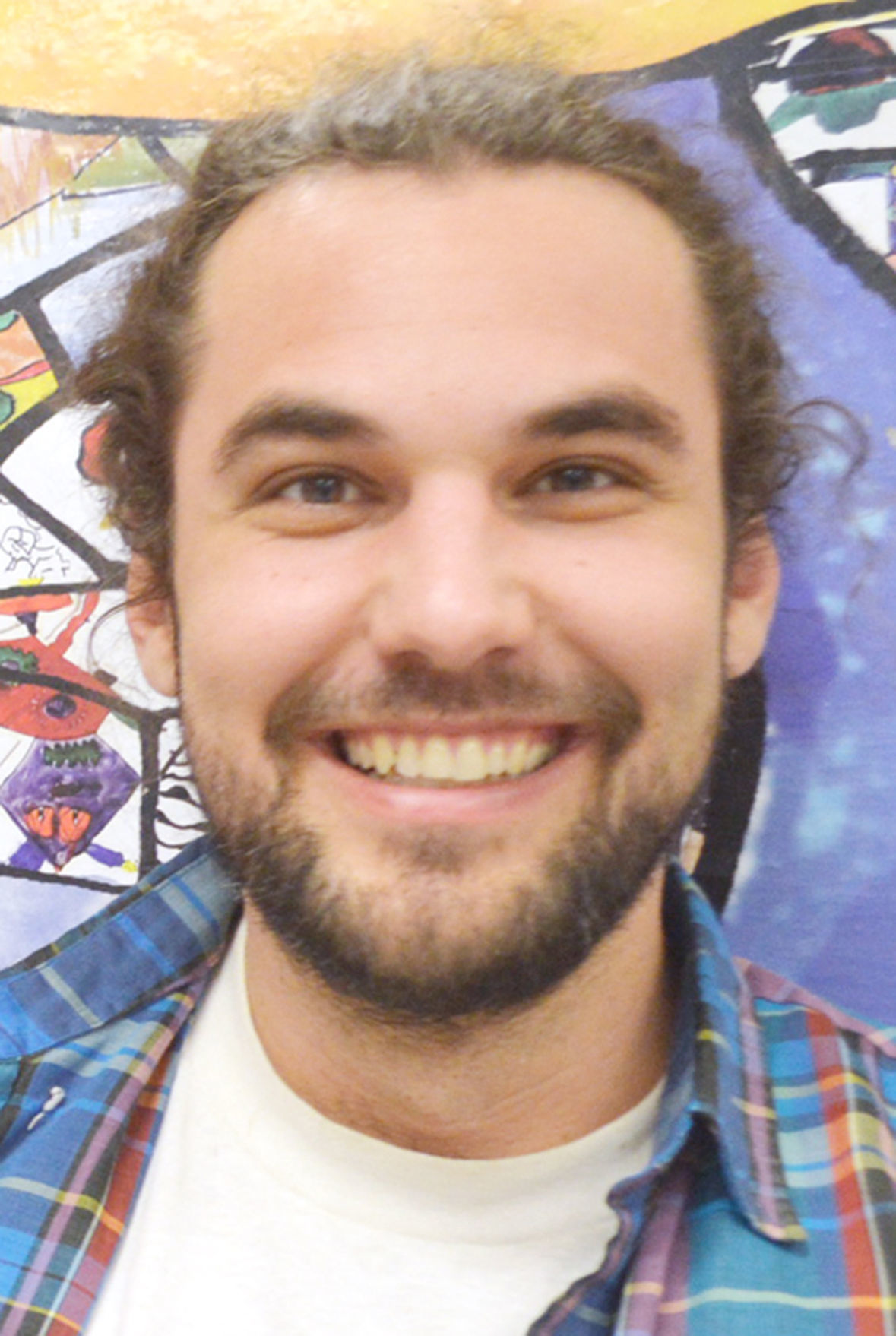 Rhymer / Educator, who opened for Vanilla Ice in 2019, is one of the featured artists on the Michigan City compilation album, “Covid 219.”

Jake Lawless, right, frontman and bassist for the Queer Metal band Blastcap, performs with drummer GUMBa (Seth Blues). They are one of the featured artists of the album.

Michael Kucharski, bowing to the audience after a performance, contributed the song “Hold on” to “Covid 219.”

“Covid 219” features songs by Michigan City artists and musicians in the 219 area code.

MICHIGAN CITY — Back in 2019, Joe Ruiz, also known as Rhymer/Educator, opened for Vanilla Ice at the La Porte County Fair, and later for Pitbull in South Bend.

It was a high point of his career, and a slew of shows were lined up for 2020. But when the COVID-19 lockdown started in March, everything was canceled. Band members were stuck at home, and even his usual studio in Crown Point was closed.

The Michigan City native and La Porte teacher said it definitely threw off his usual means of creation.

“I was hoping to earn some more cool shows and I felt stuck,” he said. “I knew if I was going to make anything during this time I would be at it alone. And I needed to make something so I could pay my basic artist bills like keeping my music on Spotify, etc., and keeping my website up.”

So, like many musicians, he wrote songs any way he could, using his months of isolation to produce a prodigious amount of material.

One of those songs, “Life in Color,” is featured on a new compilation album of material written by Michigan City-area artists during lockdown.

Titled “Covid 219,” it contains 20 new songs from artists in the 219 Area Code, including a thrash metal ballad about the Michigan City Public Library; a nostalgic piece inspired by the wind farms on U.S. 421; tracks on the stresses of isolation and COVID-19; and many others.

Local musician and album producer Tim Bauer, who heads the band Tiger Shark Don’t Quit, put the record together to showcase the “many unique and interesting songwriters in Michigan City that people and other bands don’t know about.”

He also wanted to raise funds for local food relief. The record, available to stream on bandcamp, costs $5 for a download, and all sales go to the Emergency Downtown Soup Kitchen and other local food relief efforts.

“I hope that people hear new local acts that they were not aware of,” he said. “I also hope people think about how they can help with food insecurity and other issues in our community.”

There’s a lot of variety on the record.

Ruiz, who describes his music as a throwback blend of hip-hop and R&B, with an emphasis on storytelling, said “Life in Color” was developed as part of a separate concept album exploring the highs, lows and loneliness of social distancing.

It is written as a fictional interaction with a therapist via teletherapy. But it’s also about Ruiz’ frustration with the news cycle.

“It’s about how people initially dismissed COVID-19 as, ‘Just like the flu,’ despite the scientific community’s insight,” he said. “It also addresses some frustrations with our leaders (nationally) and how being stuck inside and missing everything outside hurts, especially when you’re an extrovert.”

But it wasn’t easy to create.

According to Ruiz, the difficulty came in recording without his usual studio or band. Since bandmates were isolated, and his studio no longer accessible, he reached out to musician trevorindigo of The Erly (out of South Bend).

“He helped me piece the album together, mostly via text messages and a FaceTime meeting,” Ruiz said, “and he mixed everything from his home studio, which was perfect because it was recorded the way a concept built around quarantine should be.”

Other bands fared a little better during lockdown.

Having a bit easier time was Michigan City-based Queer Metal band Blastcap, which contributed “Michigan City Public Library (how do you do)” to Covid 219.

Frontman and bassist Jake Lawless said they chose the library because, to his knowledge, no one had written a song about it before. So he decided to do something he hoped listeners would find entertaining.

“Ha, yes, I am absolutely just reading the MCPL Wikipedia page for the song’s verses,” he said. “I thought it would be funny to literally be reading and learning new information as I recorded the vocals.

“The chorus is a nod to the helpful nature of librarians, ‘When you’re at the library the decimal system is Dewey and if you cannot figure it out the librarian will help you out!’

“Plus making a very loud and intense song about a library is just plain fun!”

Recording was not a problem for the duo.

“Luckily we have a home studio that we’ve been Frankensteining for the last few years,” said Lawless, who performs with drummer GUMBa (Seth Blues).

“It’s been a satansend since the pandemic hit. We were in the middle of recording our next full length album, ‘ANGRY & HOPELESS & SAD,’ when the quarantining began, so I am extremely thankful that we invested in a home studio.

“I couldn’t imagine staying sane through all of this without the ability to make music.”

Lawless described Blastcap as Michigan City’s very own Queer Metal band – a two-piece group that, when performing live, is just bass, drums and vocals with an array of effects and amplifiers to fill out the sound.

“I describe Blastcap as Queer Metal because LGBTQ representation matters a lot to me,” he said, “especially in the heavy music scene where there can be a lot of homophobia.

“Michigan City’s music scene is amazing and full of so many great bands and people and they have been nothing but fantastic and welcoming...”

Other contributing artists found the lockdown a double-edged sword.

Michigan City musician Michael Kucharski, formerly of the band Never Never, said it had been nearly 10 years since he had so much time to write and record.

The lockdown allowed him to sit down and focus on nothing but songwriting, helping him produce “Hold on,” largely written before the 219 album was announced.

But the lack of regular work, coupled with filing for unemployment, has been stressful. And he’s also had to change how he writes and records.

“I usually like to have a jam session when I write a new song and bounce it off my friends. Without the ability to gather and hammer out the song, I had to rely on the people who I quarantined with,” he said.

“My friend Rob Sulicz was in our quarantine crew, but he was the only musician. He plays the drums, so that was really lucky. Him and I played all the instruments on the song, where I usually would have included a bassist and a keyboardist. The quarantine definitely took the ‘band’ feel out of it.”

Kucharski said he usually records everything at his house, so there wasn’t a change there, but he would also borrow better microphones and equipment, which he was unable to do.

The song itself was not inspired by his isolation or the pandemic. He said “Hold on” is about the moment of inspiration that makes an artist want to never forget.

“The inspiration came from a couple of those moments in my life, I’ll give you one,” he said.

“A small road trip with a friend on a blustery October night to the wind farms south of us on 421. You wouldn’t think it would be a beautiful location, but something was in the air as those monolithic structures spun, lit by only the glow of distant small towns refracting off the clouds and the blinking red lights so high above us. Just the two of us sharing a moment that most people miss.”

Bitzer, who wrote the song “Mindless,” and recorded the main hook for the song “Two Nineteen” by Public Conclusions, said she found songwriting easy in lockdown, but recording difficult, since she doesn’t like performing vocals when her house is full, which it’s been because of the pandemic.

Her song did not relate to the pandemic. She said “Mindless” is about idolization vs. devaluation in a relationship.

“I could be totally head over heels for someone, see the world in them, and shower them in all of my attention; then the second they do something wrong or I notice something off, I subconsciously start to pick apart their motives and lose my feelings. It’s hard to tell the difference between reality and what’s made up in my head.”

More than $100 has been raised for local food relief so far from sales of “Covid 219.” For information or to stream or purchase the album, go to tigersharkdontquit.band camp.com/album/219-covid

Rhymer/Educator’s full album, “Quentin Quarantino: A COVID-19 Story,” from which “Life in Color” was taken, is available on Spotify, Apple Music and other streaming platforms. It’s also for sale at rhymereducator.com.