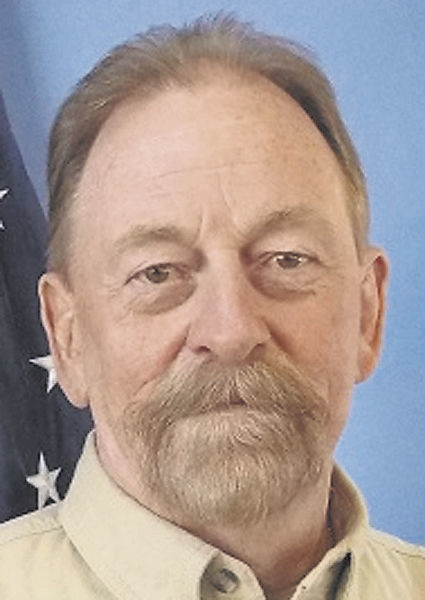 La PORTE — La Porte County Commissioners are calling on state leaders to step up and provide massive financial relief to Indiana families, as COVID-19 continues to wreak havoc on the country’s health and economy.

On Wednesday, the board of commissioners passed a resolution calling upon Gov. Eric Holcomb to tap into the state’s $2 billion rainy day fund to assist Hoosiers struggling to make ends meet in the wake of mandatory business closures due to the coronavirus pandemic.

The commissioners are asking the state leader to:

Immediately convene an emergency meeting of the Indiana State Budget Committee to authorize a $5 million stimulus package. The resolution calls on the governor to direct these dollars toward cash-strapped cities, towns and counties, which can use the money to pay for emergency supplies or personnel, or to nonprofits assisting with COVID-19 relief.

Immediately direct the Department of Local Government and Finance and State Board of Accounts to loosen regulations for local entities’ spending on emergency maters by allowing them to tap surpluses in a particular account or fund.

The commissioners’ request came several days after Holcomb issued an executive order requiring that bars, restaurants and other hospitality and entertainment venues close their doors to in-person patrons through March 31.

The governor made the ruling to contain further transmission of the coronavirus, the pathogen that has spread across the globe in recent months.

The closing of these and other businesses in response to the public health crisis have contributed to the upending of the lives and daily routines of Americans, many of whom have placed themselves in self-quarantine to avoid catching or spreading the SARS-CoV-2 virus responsible for causing COVID-19.

The respiratory disease has claimed the lives of more than 10,000 people across the planet thus far, including more than 200 Americans and three Hoosiers.

The social distancing practices federal and state leaders have implemented to combat the spread of the virus have also brought Indiana’s economy to a sudden halt, with many residents now facing unemployment or severely diminished wages.

Those working in the food service and hospitality industry, many of whom already struggle to make ends meet, are now in an especially precarious position.

With that in mind, it’s incumbent on leaders to spring into action and provide them and their families with relief, said Commissioner Rich Mrozinski.

“(They’re) struggling as it is,” he said. “To cut them off, with no warning, is unprecedented.”

“Most of us, in our lifetime, have never seen anything quite as severe, sudden and frightening – and really historic,” she said.

With the pandemic affecting practically every Indiana household in some way, state leaders need to tap into that $2 billion surplus to help struggling families, she said.

“At this time more than any, in my memory and I’m sure in my colleagues’ memory, has there ever been a time where that rainy day fund was more needed by Hoosiers across our county and across our state than now,” she said.

The request to the governor was one of several acts the commissioners took in response to the coronavirus during Wednesday’s meeting, the first since the board formed a task force to tackle the crisis locally on March 12.

The commissioners also passed a resolution urging the Indiana Election Commission to allow “no excuse” mail-in voting for this year’s primary and general elections.

The request asks the commission to suspend the current requirements for absentee voting in Indiana, allowing anyone to cast a ballot by mail without having to provide a particular reason.

The act will give citizens who are concerned about voting in-person amid the pandemic a chance to still participate in the elections.

The leaders of both Indiana’s Republican and Democrat parties have made similar requests to the election commission, in light of the current health crisis.

The commissioners also approved an update to the county’s sick time policy, granting employees who have been diagnosed with COVID-19, instructed to quarantine by a healthcare provider or government official, or who develop symptoms compatible with COVID-19 up to 10 days of leave time, paid at 100 percent of their current pay rate.

If the employee is still suffering from the illness after this period, they will be granted leave at 75 percent pay until their health improves.

The commissioners moved forward with a lease-finance agreement with Ice Miller to help pay for the planned $22 million expansion and renovation of the Michigan City Courthouse. Under the terms of the agreement, Ice Miller form a nonprofit organization that will issue bonds to fund for the project. The county would then pay the bond through lease payments to the building corporation. The arrangement would allow the county to remain under the state’s mandated 2 percent debt limit, allowing the county to potentially bond finance other projects in the future, according to county attorney Shaw Friedman. The firm estimates the county would pay off the bond over the next 15 years, with annual payments of $1.3 million. The county council has already devoted $8 million in cash upfront for the project.

The commissioners passed an amendment to the county’s commercial vehicle ordinance, expanding and clarifying rules for the use of semitrailers and other large vehicles on county roads. The changes include adding language that explicitly restricts commercial vehicles from using county roads with signage that forbids their use, granting the La Porte Highway Department additional explicit powers when issuing temporary operating permits to vehicles whose size and weight exceed state regulations for county roads and giving the county the ability to fine companies whose drivers repeatedly violate restrictions.