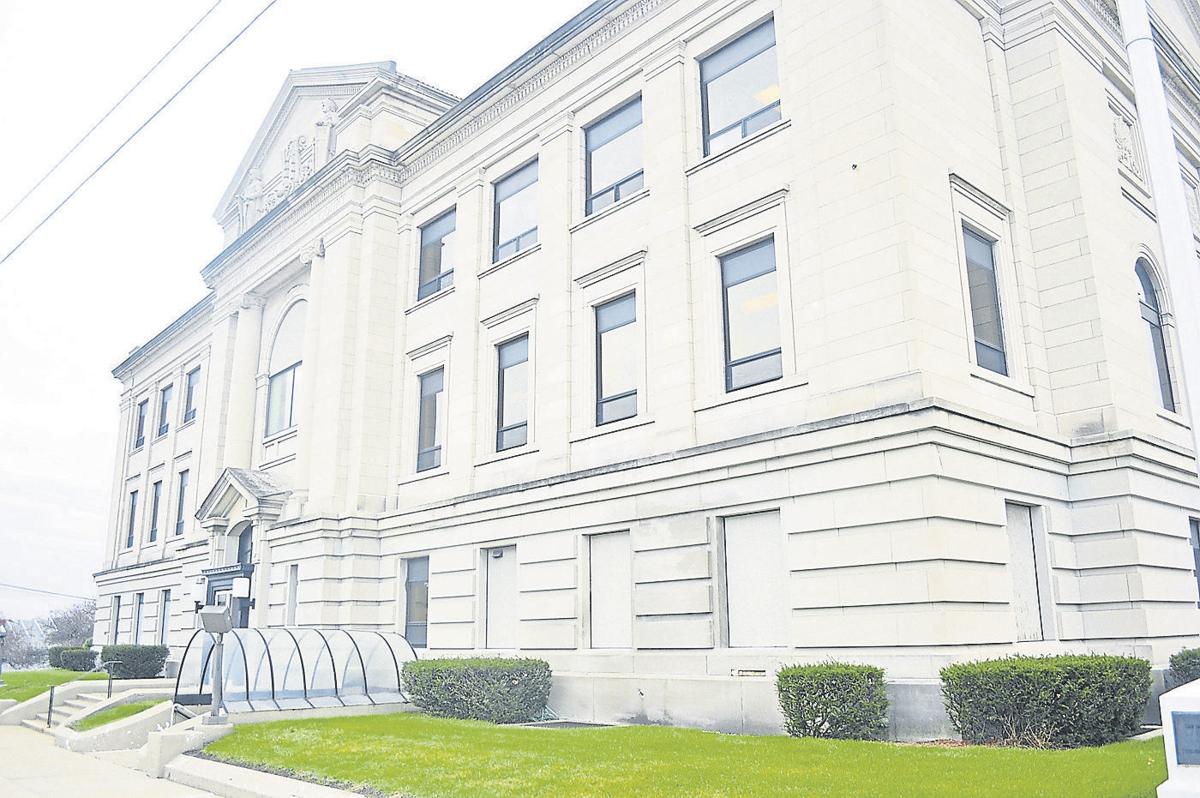 The County Council is considering a $14.5 million bond issue toward the renovation of the courthouse building, first constructed in 1909. 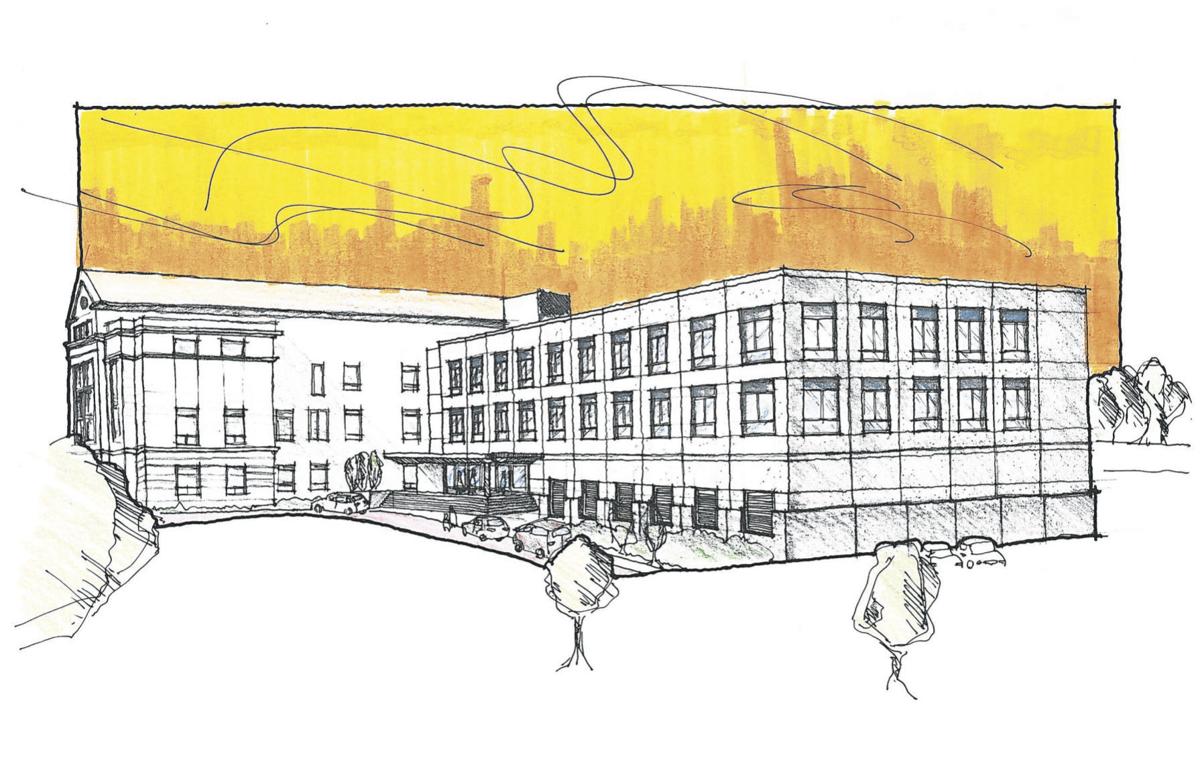 Sketch shows the proposed expansion to the Michigan City Courthouse building. The County Council appropriated $8 million from the county’s emergency reserve fund toward the $24 million project.

The County Council is considering a $14.5 million bond issue toward the renovation of the courthouse building, first constructed in 1909.

Sketch shows the proposed expansion to the Michigan City Courthouse building. The County Council appropriated $8 million from the county’s emergency reserve fund toward the $24 million project.

La PORTE — La Porte County has moved another step toward financing the expansion and renovation of the Michigan City Courthouse.

On Monday, the La Porte County Council voted 6-1 to appropriate $8 million from the emergency reserve fund to go toward the project, which will significantly update the 1909 structure.

The improvements will include installation of handicap-accessible facilities such as restrooms and elevators, an underground parking area for prisoner transport, and office space for personnel currently working out of the county’s 8th Street facility.

In addition to the $8 million appropriation, the council also took further action toward issuing a $14.5 million bond that will finance the long-planned project.

Like the Board of Commissioners did at their meeting last week, the council approved a lease-finance plan for the project, in which the county will create a nonprofit building corporation to handle issuing of the bond. The corporation will then lease the renovated courthouse to the county, whose payments will pay down the debt.

This arrangement would allow the county to remain under the state’s mandated 2 percent debt limit, allowing the county to potentially bond finance other projects in the future.

The council also conducted the first reading of an ordinance that would pledge a stream of county revenue for the lease rental payments. This act should help officials capture a low-interest rate when the bond is expected to go to market later this year, said Pattie Zelmer of Ice Miler, the firm assisting the county with the financing.

According to projections from Baker Tilly, which is also consulting on the project, the bond’s life will be a little less than 15 years, with the county expecting to contribute $1.3 million annually to pay off.

Although the firm estimates the bond will have an interest rate of between 2.6 to 2.8 percent, given the fluctuating state of the economy during the ongoing coronavirus pandemic, that number could be even lower.

While the county will have 15 years to pay off the bond, officials could do so within 8-10 years, if they choose, Baker Tilly financial adviser Andy Mouser said.

This fact, on top of the county’s proposed funding pledge and its healthy debt-to-income ratio, should help the bond receive a favorable rating before heading to market, further lowering the interest rate, he said.

“In a project like this, when you could legally go out 20 years, (rating companies will) look at that very positively,” Mouser said.

The county is also expected to make an additional $400,000 appropriation toward the project, which, between Monday’s $8 million allocation and the $14.5 million bond, will give the county nearly $23 million to pay for the courthouse project and bonding fees, Mouser said.

Although the courthouse was initially projected to cost around $22.5 million, the council learned in October that the estimated price tag had gone up to approximately $24.63 million, due to the higher cost of construction and steel.

Since then, the Michigan City Common Council provided some relief, waving around $650,000 worth of stormwater storage and building fees for the project. Several county department heads have also pledged to devote spare dollars in their budget to purchase furnishings and other work for their offices inside the updated structure.

Assuming the council passes the funding pledge ordinance upon second reading at its next meeting, the bond should go out to market in May or June, Zelmer said. The council agreed to move the date of its next meeting to April 20 to preserve this timetable, should the ordinance pass.

Councilman Jeff Santana was the sole member of the council who opposed the funding measures, voting against all three courthouse-related actions Monday.

Although he had prepared a statement about the project, he told the rest of the council he would deliver it at a later date to keep Monday’s meeting short, due to the ongoing COVID-19 crisis.