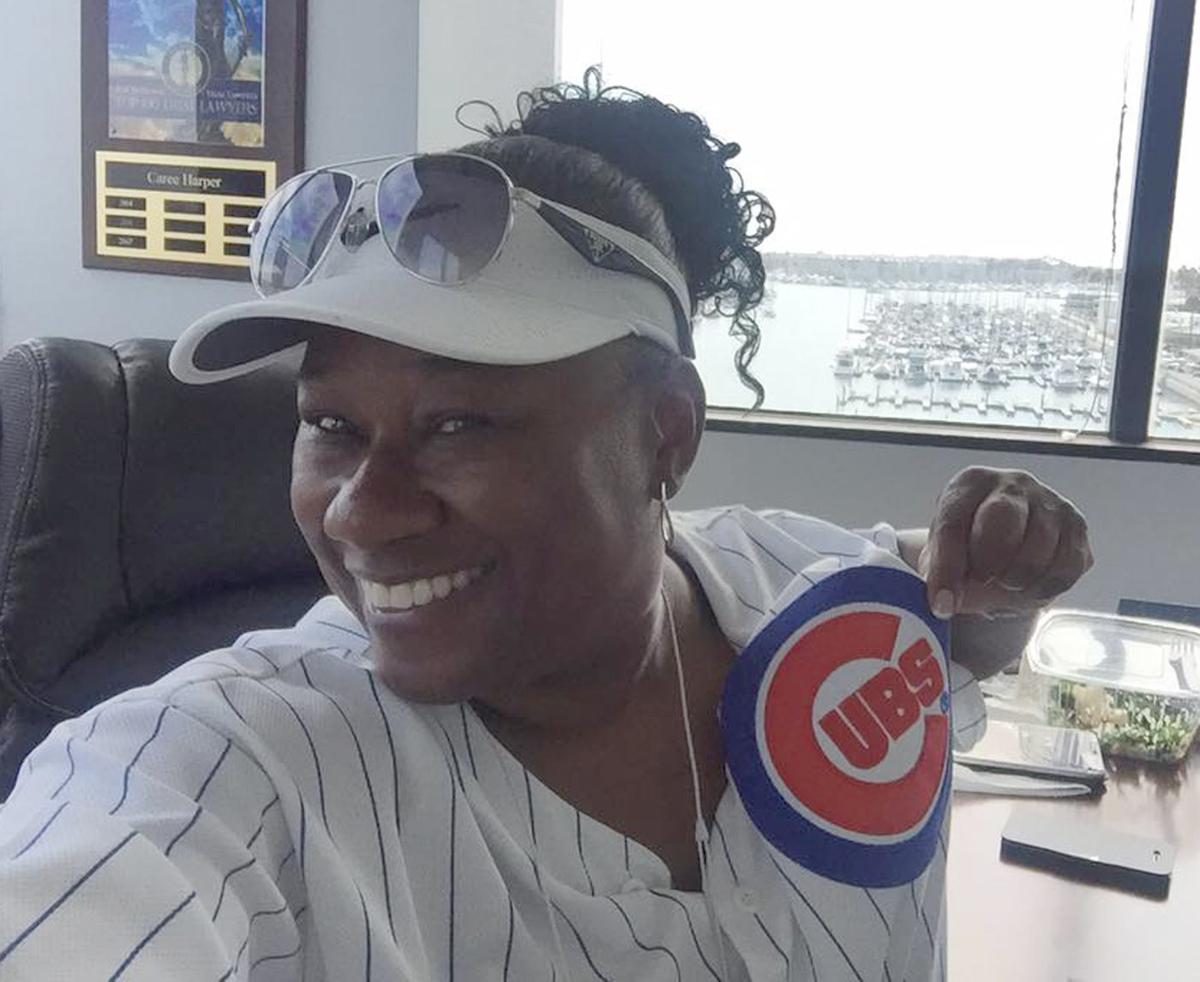 Caree Annette Harper, a candidate for L.A. County Superior Judge, has been living in California since her high school days, but still has family in the Michigan City area, and hopes to retire here some day. 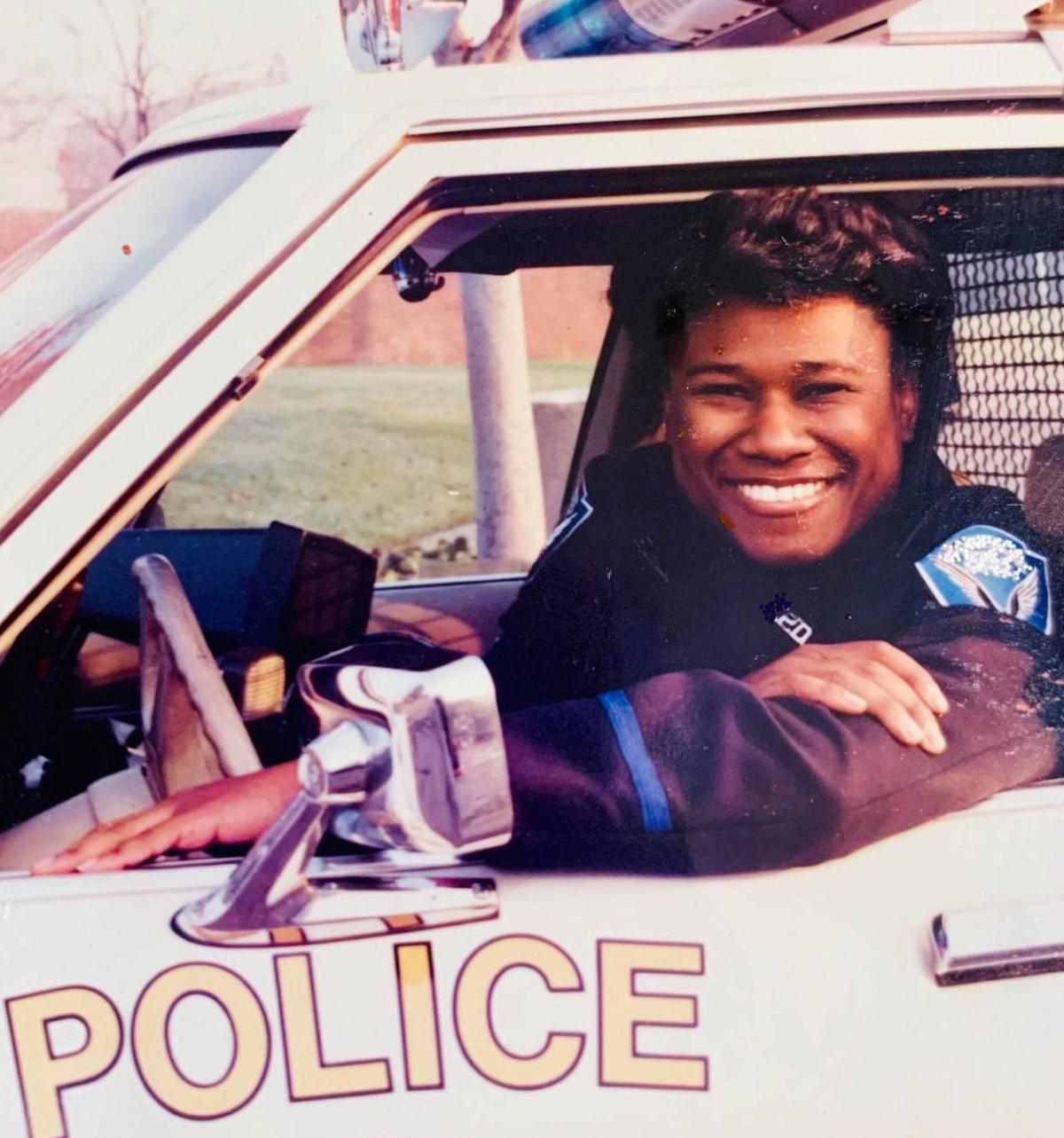 Harper worked as a police officer for several years until an on-the-job injury forced her off the streets. She then went on to law school and became a noted civil rights attorney in Los Angeles. 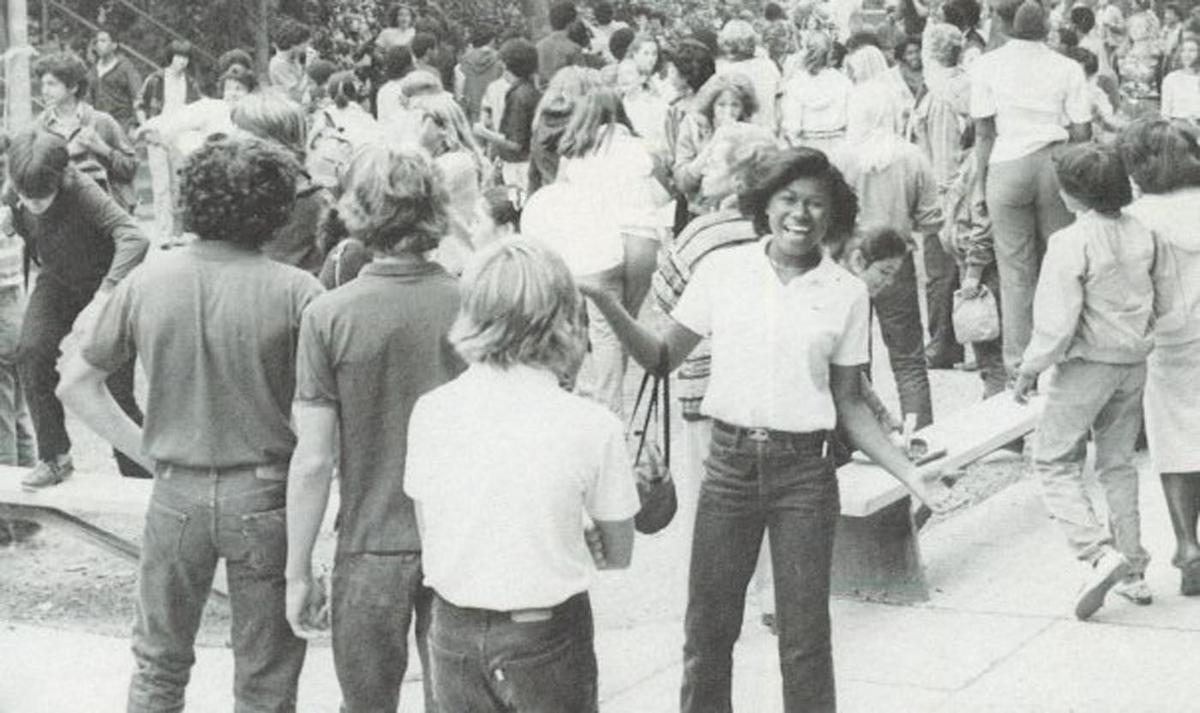 While attending the Thomas Jefferson School of Law in California, Harper, right, led a counter-protest to support President Bill Clinton in the face of protests calling for the president to resign after the impeachment proceedings. 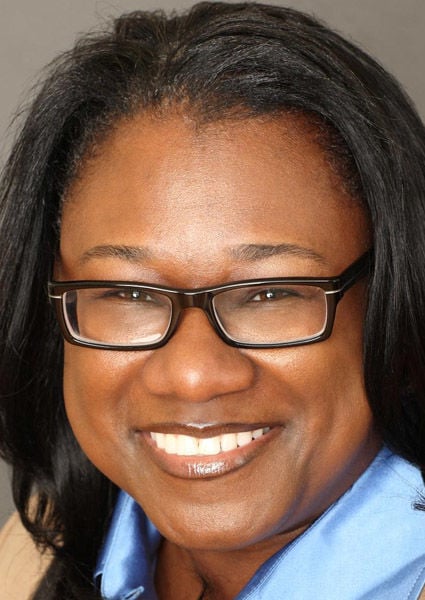 Caree Annette Harper, a candidate for L.A. County Superior Judge, has been living in California since her high school days, but still has family in the Michigan City area, and hopes to retire here some day.

Harper worked as a police officer for several years until an on-the-job injury forced her off the streets. She then went on to law school and became a noted civil rights attorney in Los Angeles.

While attending the Thomas Jefferson School of Law in California, Harper, right, led a counter-protest to support President Bill Clinton in the face of protests calling for the president to resign after the impeachment proceedings.

LOS ANGELES — While many people will be watching their TVs for the California Primary presidential results next week, a former Michigan City resident will be watching more closely than most.

Caree Annette Harper is a city native who hopes to retire here some day.

Until then, she has more-pressing plans, including running for Los Angeles County Superior Court Judge.

The former police officer turned civil rights attorney still has fond memories of the city by the lake.

“I lived in Michigan City sporadically with my grandmother and returned back-and-forth to California to live with my mother. I also spent time in Wisconsin with my father,” Harper said.

“I went to Head Start on Michigan Boulevard at what is now a church at that intersection of Calumet Street,” she recalled.

“I attended St. Mary’s Elementary School and Barker Junior High. I had hoped to attend Elston High School, as both of my parents did, but they stopped allowing seventh-graders that year and made it start at ninth grade.”

She also said she was “a regular on the softball field at Sycamore Park, what is now known as Hansen Park, and the other softball fields throughout the city.

“My grandmama (Roosevelt Mitchell), used to have the keys to this little tiny white church on Nahas Street back in the day, and that provided a lot of foundation for me later in life.”

Harper is a currently civil rights attorney in Los Angeles, and is running for Judge of the Los Angeles County Superior Court, Seat 162.

According to her campaign website, she has “served the community as a decorated police officer, a get-out-the-vote activist, a federal whistle-blower, a civil rights attorney, and a community educator.

“I believes in a fair, impartial and diverse judiciary,” she said. “I believe in equal pay for equal work. I believe in environmental justice, climate change and am against the death penalty, but I will follow the law of the land if elected.”

Raised by her single mother, Alice Jeffries; her father, Earl Harper; and maternal grandmother separately in Indiana, Wisconsin and New Jersey, Harper’s mother eventually moved them to Los Angeles to start a career with a major airline. Her father retired in the Midwest after teaching special needs high school students for more than 30 years.

She started her college studies at San Diego State at age 17, but left to enter the Bay Area Police Academy at age 19.

Well-liked by peers and elected vice president of the class, she graduated number one in “weaponless defense.” Harper served the community for five years and was awarded a “Marksman Medal” and “Lifesaving Medal.”

The latter was for diving into a canal to rescue a submerged driver. She performed CPR and the victim was airlifted and eventually made a full recovery.

After being injured in the line of duty by someone who did not want to go to jail, her patrol days were over, but the department sent her to be re-trained, and she completed an ABA certified paralegal course at Saint Mary’s College, while simultaneously working toward a bachelors degree.

She also used Taekwondo as physical therapy, earning a Black/Red belt and winning a silver medal in the California State Taekwondo Games.

Black belt testing gave way to law school, and Harper said she “incorporates the philosophical tenets of the practice: courtesy, integrity, perseverance, self-control and indomitable spirit. Practitioners are taught to be a champion of freedom and justice and to help build a more peaceful world.”

While attending law school at Thomas Jefferson, formerly Western State, she devoted herself to civic activity. She has delivered Meals on Wheels, coached Special Olympics, and been a mentor to troubled youths.

She coordinated a B.L.S.A. event as vice-president of the student organization, and when President Bill Clinton came under fire from the impeachment scandal, Harper organized law students in a counter-protest to support Clinton.

As a civil rights attorney, Harper has federal and state jury trial experience, and successfully argued for a reversal in a major federal civil rights action before a three-judge panel in the 9th Circuit Court of Appeals.

In 2008, she oversaw polls in the state of Nevada during the election of President Barack Obama, and was responsible for calculation of dozens of ballots of voters initially turned away for unconstitutional reasons, she said.

In 2012, she registered voters, and also represented the family of Kendrec McDade, an unarmed 19-year-old shot and killed by Pasadena Police, winning the family a settlement of more than $1 million.

In 2014, a grandmother was beaten by a California Highway Patrol officer and the videotape went viral. Harper obtained a $1.5 million settlement for her client – one of the largest in C.H.P. history.

In 2016, she successfully defended Black Lives Matters protesters charged with blocking an L.A. freeway, pro bono. And in 2018, she obtained $1.5 million for the family of Reginald Thomas, who was beaten and Tased to death by Pasadena Police.

For the last several years, Harper has helped educate the community on legal updates and other community concerns, most notably on the Front Page Show with Dominique DiPrima on Stevie Wonder’s KJLH 102.3 FM radio station.

She also participated with the ACLU in educating teenagers on the Bill of Rights last fall.

“I believes it is important for the community to be as educated as possible about the criminal justice and legal system that so greatly impacts their lives,” she said.

She said she’s running for judge to “serve the community in a different capacity.”

But in the end, she still calls Michigan City home.

“One of things I miss most about Michigan City is driving through the snow-covered, tree-lined streets looking at Christmas lights with my grandmother. And Dairy Queen chili cheese dogs and cherry Mr. Mistys on the beach.

“I miss my hometown. I look forward to a relaxing retirement home on the beach one day.”

For more information on her campaign, visit harper4judge.com.