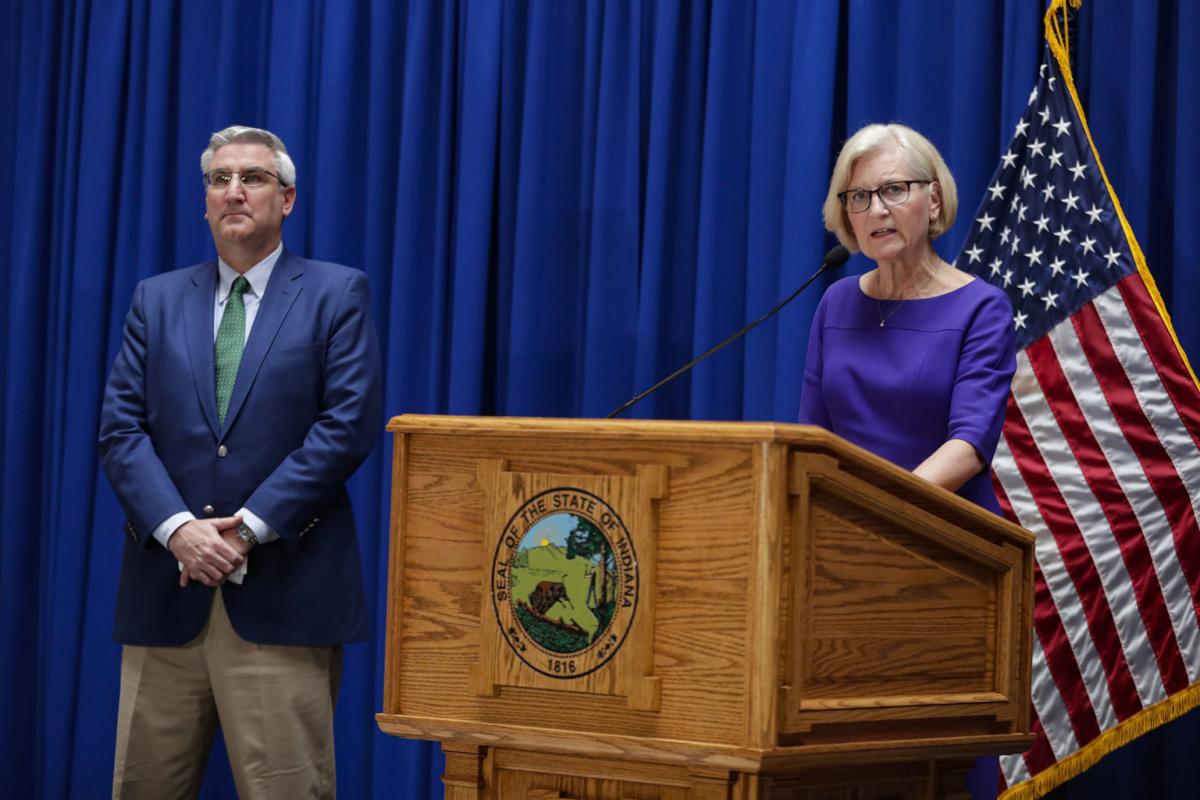 Dr. Kristina Box, Indiana Health Commissioner, answers questions about COVID-19 infections and its impact on the state as Indiana Gov. Eric Holcomb listens during a briefing at the Statehouse in Indianapolis on Tuesday. Holcomb ordered state residents to remain in their homes except when they are at work or for permitted activities, such as taking care of others, obtaining necessary supplies, and for health and safety. The order is in effect until April 7. 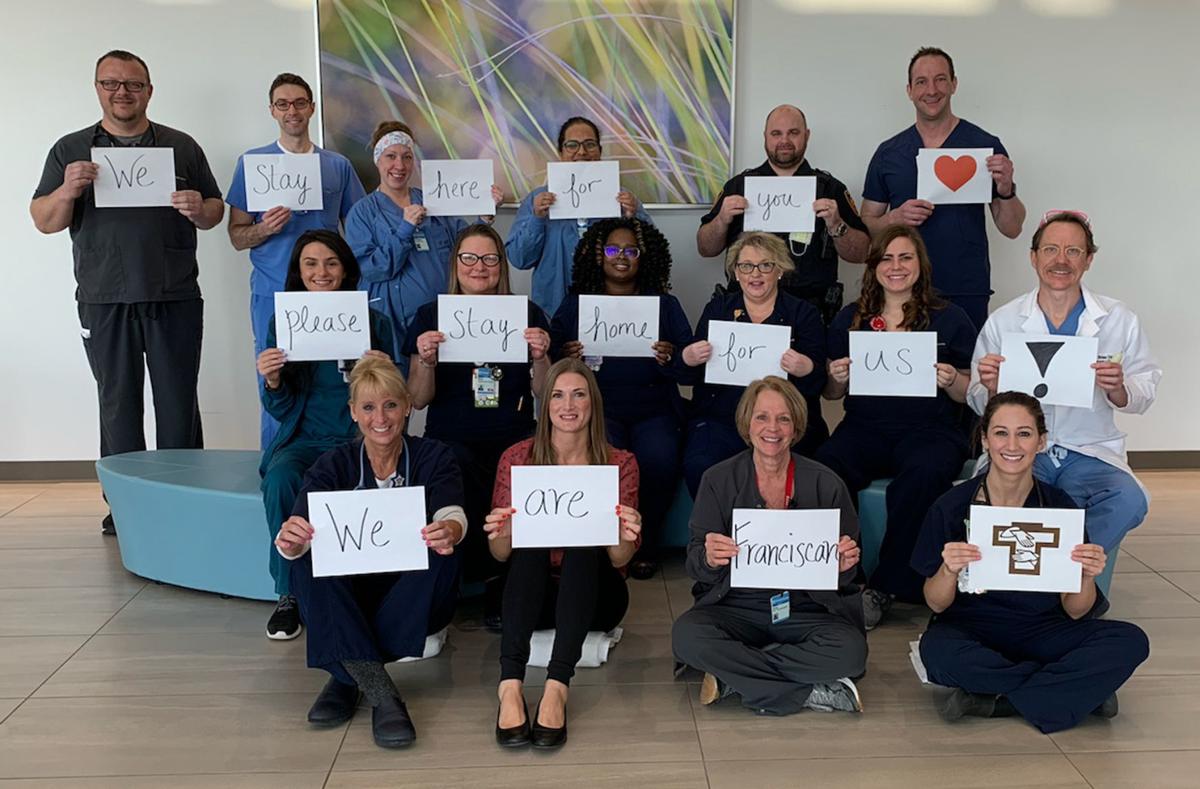 Dr. Kristina Box, Indiana Health Commissioner, answers questions about COVID-19 infections and its impact on the state as Indiana Gov. Eric Holcomb listens during a briefing at the Statehouse in Indianapolis on Tuesday. Holcomb ordered state residents to remain in their homes except when they are at work or for permitted activities, such as taking care of others, obtaining necessary supplies, and for health and safety. The order is in effect until April 7.

INDIANAPOLIS – As cases of COVID-19 continue to rise statewide, Indiana election officials are contemplating whether voters might need to cast all ballots by mail for the primary election in June.

This comes after the state announced two more deaths from illness related to the coronavirus Wednesday, giving Indiana a total of 14 deaths as a statewide stay-at-home order to limit the spread of the virus went into effect.

And Franciscan Health Michigan City has confirmed that it has "one inpatient case of COVID-19" at the hospital in Michigan City. No further information about the patient was provided.

Franciscan spokesman Robert Blaskiewicz said he did not have a figure for the total amount of COVID-10 tests completed at the hospital's drive-thru testing facility, but said 21 people were screened on Monday.

He also noted that Alverno Labs in Hammond has begun in-house processing of the COVID-19 tests this week, "which will greatly reduce the turnaround time for test results down to about 24 hours."

Indiana’s number of confirmed COVID-19 cases grew by 115 to a total of 477 across the state as of Tuesday, the Indiana State Department of Health said.

The total includes 2 confirmed cases in La Porte County and 3 in Porter County.

Gov. Eric Holcomb's order for Indiana residents to remain at home for two weeks began early Wednesday. The order has exceptions for workers in essential industries or for necessary trips for food and medicine. The order continues through April 6, but could be extended.

The state election commission voted unanimously Wednesday to delay Indiana’s primary by nearly a month to June 2, and give all voters the option of submitting mail-in ballots. The state’s Republican and Democratic chairmen agreed last week with Holcomb to move the primary from its scheduled May 5 date over concerns about the safety of election workers and voters.

The Commission’s order included the following changes, which will apply to the June 2 Primary only:

Secretary of State Connie Lawson said Wednesday that election officials still planned for early voting sites in each county and to have polling locations open on the day of the primary.

But Election Commission Chairman Paul Okeson said it would meet April 22 to discuss “moving to a vote-by-mail election if necessitated by the public health crisis.”

Okeson, a Republican, said delaying the primary was “unprecedented territory” and he appreciated the cooperation of political leaders in reaching an agreement.

Commission Vice Chairman Anthony Long, a Democrat, said he believed the procedures approved Wednesday will allow an orderly move of the primary.

“It will give an opportunity to see how well the mail-in system works and what problems it will create — and I’m sure there will be problems,” Long said.

Ohio and Kentucky are among at least seven states that have delayed their primaries, and others are considering increased voting by mail.

Indiana has no challenged races for statewide elected offices in this year’s primary, and it is uncertain whether the Democratic presidential race will remain undecided. Multiple candidates are seeking nominations for congressional seats being given up by Democratic Rep. Pete Visclosky and Republican Rep. Susan Brooks. State legislative seats and county offices are also on the ballot.

On Wednesday, Marion County, home of Indianapolis, had most of the state's new coronavirus cases — 67 — bringing its total to 226 cases of COVID-19, the disease caused by the virus.

Northern Indiana's St. Joseph and Lake counties had 19 cases each. No other Indiana counties had 10 or more confirmed cases by late Tuesday.