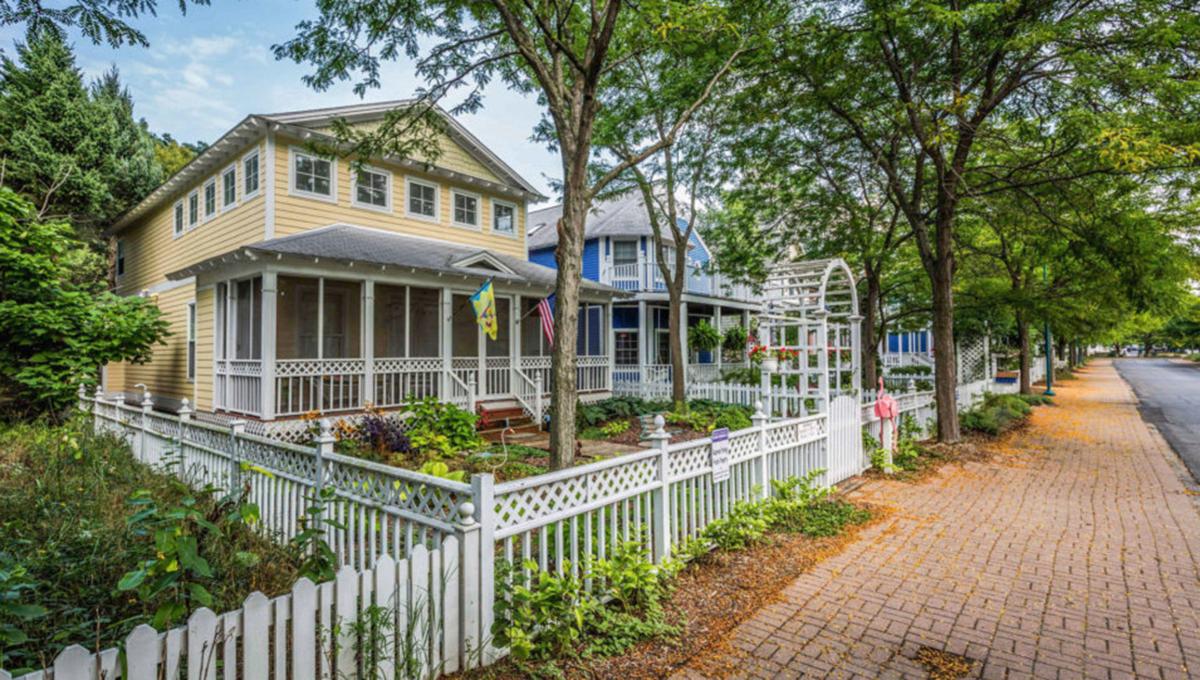 Historically, total housing sales along the lakefront in Michigan City have far surpassed those in the neighborhoods, but that trend could soon be reversed, according to one local realtor and investor. 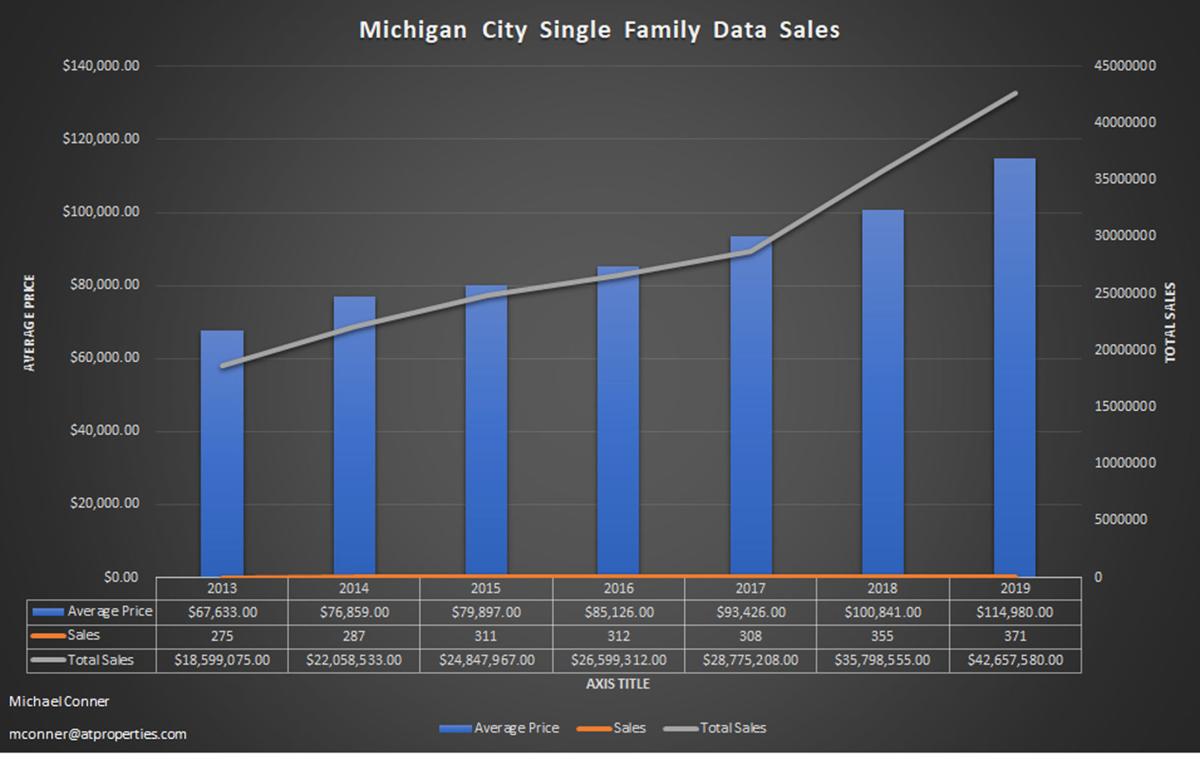 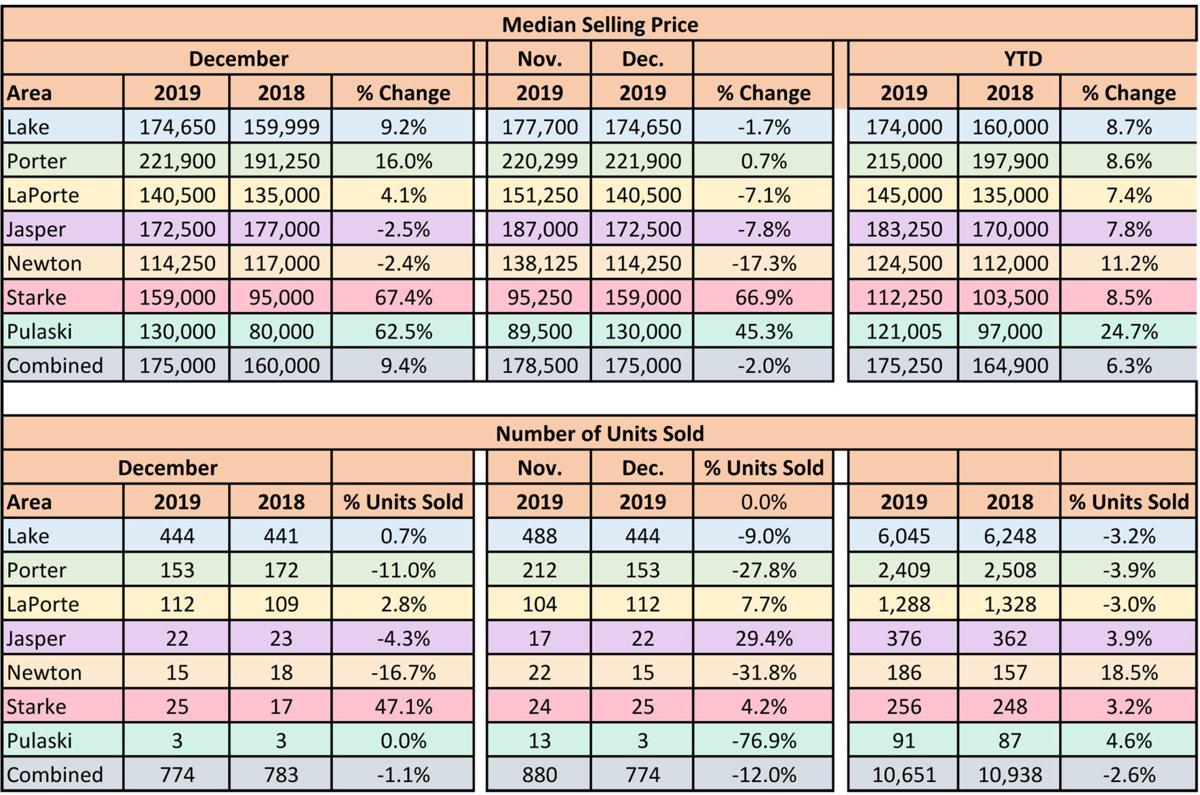 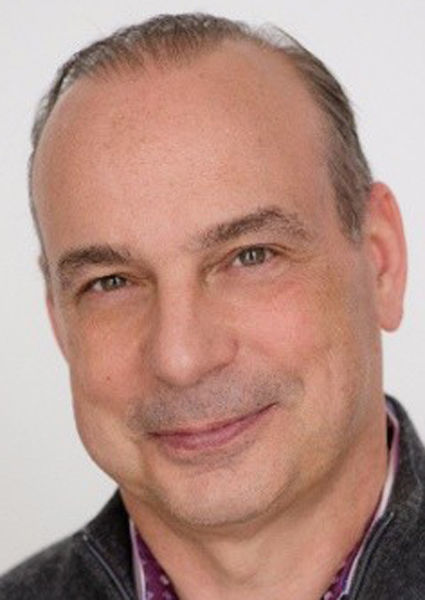 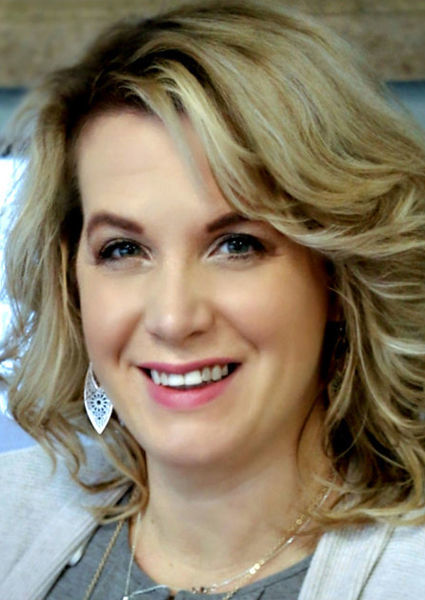 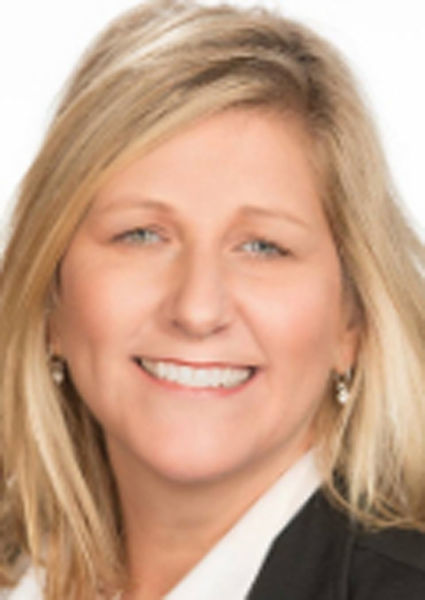 Historically, total housing sales along the lakefront in Michigan City have far surpassed those in the neighborhoods, but that trend could soon be reversed, according to one local realtor and investor.

MICHIGAN CITY — Prices of homes in Michigan City continue to soar, and more and more buyers seem to be shifting their focus from pricey lakefront homes to the inner city.

In 2018, the average price for a single-family home in Michigan City (excluding the lakefront) surpassed the $100,000 mark for the first time ever, according to Mike Conner of @properties, who provided research on sales to the Economic Development Corporation Michigan City in early 2019.

And the interior of the city – away from the lake – is on pace to surpass gross sales on the lakefront for the first time in history.

“This past year shattered that record by 15 percent,” Conner said, with the average home price at $114,980.

But Conner believes the bigger story, for both homeowners and real estate professionals, is that the market for sales away from the lakefront is closing in on shoreline numbers.

“Historically, the inner city of Michigan City has lagged behind its lakefront cousin in investment dollars and percent of sales in the area,” Conner said.

“It won’t be long before total sales in the interior of Michigan City beats the lakefront in gross sales. This is an unprecedented moment for investors and homeowners,” said the long-time area realtor and investor.

“The interior of Michigan City has done only half the volume of the lakefront up until now. But I’m seeing a trend that this area will surpass the lakefront in gross sales.

“This is great for the overall health of a community. Things are better for everyone if we all benefit and grow together.”

Conner believes it has to do with how people see the city.

“I believe it has everything to do with the way Michigan City is now perceived in the marketplace,” he said. “It has the beach and the Double Track is coming, and it offers the most affordability of all the housing markets in Northwest Indiana.”

He’s not the only local realtor to feel that way.

After the EDCMC report was released, Annette McIntyre of Century 21 Affiliated said she’s never seen anything like the current market.

“This is the best I’ve ever seen in Michigan City,” she said. “Investors are homing in on this area and there’s been a nice upward swing in home prices. It hasn’t been this great around here in a long time.”

She said a lot of homeowners who had wanted to sell are now doing so.

“They were holding on to their properties, or using them as rentals, because there used to be a time you could not sell in some of those areas.

“Now those properties are selling in just days.”

Cari Adams, with Beach Girl Properties, part of Merrion & Associates Realtors, has some simple advice for buyers in Michigan City.

“You need to see the property that day and make an offer over the asking price because if you don’t, somebody else will. Multiple offers are the name of the game.”

When the EDCMC released its 2018 figures last year, Adams said realtors were already seeing the change in the market.

“It used to be a buyers’ market in Michigan City, but now, as soon as something goes on the market, multiple offers are coming in,” she said.

“But there is still the affordability factor, so it’s a great opportunity for sellers and buyers.”

Conner agrees about the affordability.

“Michigan City is the best bargain. It is now viewed as a value area that can provide a great quality of life. Where else can a wonderful home be bought for $100,000 and you pay $1,000 a year in taxes, plus have access to all of the amenities in this city?

“It’s been on the rise for a while, but dramatically so in the last three years.”

He expects both trends to continue, with home prices continuing to rise and inner city catching up to the lakefront in sales.

“I don’t think it will be long before the numbers will reverse,” Conner said. “The geographical area of the interior is much larger and the opportunities much more vast – and overlooked for many years.

“There’s not a lot of new development on the lakefront, just trading – buying and selling – but no new inventory,” he said.

“I think we’re about two years away before non-lakefront sales exceed lakefront totals. That will be an unprecedented event in Michigan City history.”

Conner said from preliminary numbers, it appears about half of the buyers of inner-city property are homeowners, and the other half are investors.”

And the sales are all over the city, from the core (within three or four blocks of Franklin Street) to the east side to the west side, he said.

“It’s great to see people returning to these neighborhoods and investing,” he said. “They’re no longer afraid of investing on the east and west sides.”

He sees the trends continuing in 2020.

“Homes in Michigan City are still very affordable, and barring some nationwide issue, I seeing 2020 being as good or better than 2019,” Conner said.

“Great things are in store for Michigan City and its residents this year.”