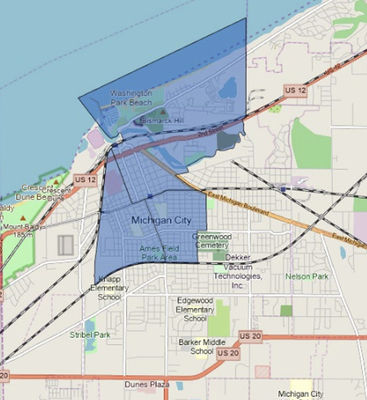 Michigan City's three federal Opportunity Zones, shown in blue, will offer economic incentives to developers who invest in the area. 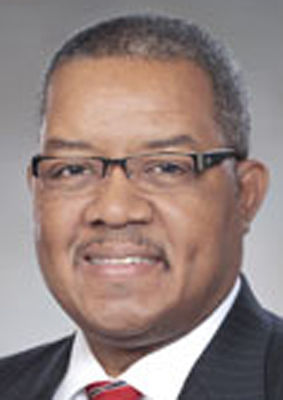 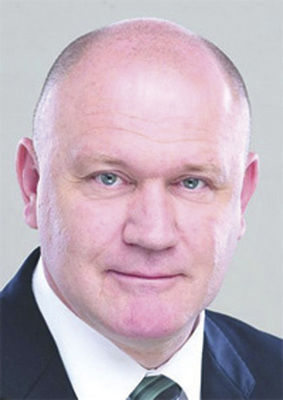 Michigan City's three federal Opportunity Zones, shown in blue, will offer economic incentives to developers who invest in the area.

MICHIGAN CITY – City officials are hoping to use incentives created under a federal tax law to help sell the city to potential developers.

The city has created three "Opportunity Zones" under a program created as part of the federal Tax Reform and Jobs Act of 2018. The goal is "to encourage economic growth and investment in designated distressed communities by providing federal income tax benefits to taxpayers who invest in business located within these zones," according to Clarence Hulse, executive director of Economic Development Corporation Michigan City.

The three zones encompass a large area of the city, roughly from the lakefront south to the railroad tracks near Ames Field; the U.S. 12 corridor from Willard Avenue east to the city limits; and the Franklin Street corridor from about CR-1100W to Jackson Street.

The total population within those zone is over 7,600, according to EDCMC.

"In 2018, we were granted a federal Opportunity Zone that overlays our thriving Uptown Arts District, Main Street Corridor and Tax Increment District," Mayor Ron Meer said. "These tools will give developers and investors confidence that the area is ripe for investment and their capital is being placed in growing companies and a diverse population."

With funding from the Michigan City Redevelopment Commission, EDCMC prepared and recently released a "Michigan City Opportunity Zone Prospectus," a document which "enables cities, counties and states to communicate their competitive advantages, trigger local partnerships and identify sound projects that are ready for public, private and civic capital," Hulse said.

By providing tax benefits to new development in those areas, as allowed under the federal program, the city hopes to spur both short- and long-term growth.

Among the benefits to developers will be:

• A temporary deferral on the payment of existing capital gains tax until the end of 2026, or the year the Opportunity Fund investment is sold or exchanged if under 5 years

• A full tax exemption on investments provided the investor stays for 10 years or longer.

“Michigan City has many great assets. The Opportunity Zone Prospectus invites potential investors and developers with the chance to see the wonderful characteristics that our city possesses, currently and prospectively,” Hulse said.

The Prospectus highlights the placemaking goal from Michigan City’s 2019-23 Strategic Action Plan: An Agenda for Economic Prosperity by showcasing Michigan City’s progress and amenities aimed at "creating the kind of community where one can prosper socially, financially and personally," he said.

It includes four "focus areas" which are prime for new development, according to the document:

• The area around 5th and Pine, "ideal for multi-family, office, commercial"

• The You Are Beautiful site near City Hall, for "mixed-use hotel, condos, commercial"

Meer said the document "showcases some of the best areas for capital investment in Michigan City and will attract business opportunities for our residents, and more jobs to our community.

"It will also help to promote economic equity as we promote new development in underserved areas identified by the federal government,” he said.

"We are La Porte County’s commercial capital and a city with endless potential for business and economic growth," the mayor said. "The city will support all projects that improve the quality of life for our residents. As we display our zone opportunities, we hope that investors will not only invest in a property, but also in the people of Michigan City."