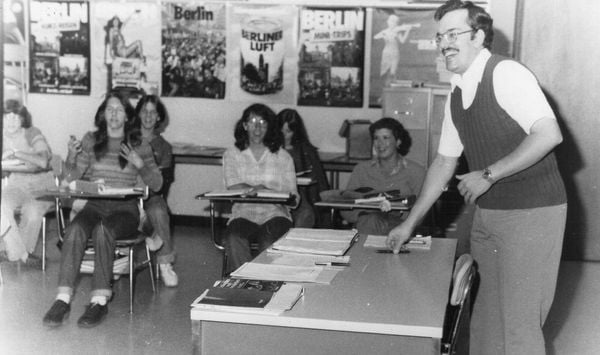 A. Daniel Ruth is shown teaching German to a class at MCHS in 1980, including Karla (Barnes) Schoof, far right. After living in Germany for five years with her military family, Schoof was a student of Ruth’s. All three of her boys also took his class – and “adored him,” she said. Ruth also inspired son Tim’s decision to take a summer internship through Michigan State University that will be in Berlin this summer, Schoof said. 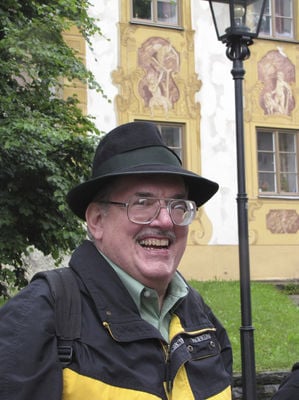 Photo providedOne of "Herr Ruth's" most endearing qualities was his smile, according to former students, as evidenced in this 2009 photo as he participated in a German American Partnership Program in Oberammergau, Germany. 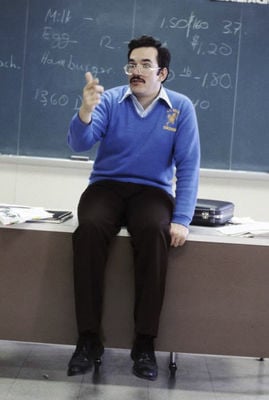 Undated photo shows German Teacher A. Daniel Ruth in his classroom at Michigan City High School, where he's been teaching for 45 years. 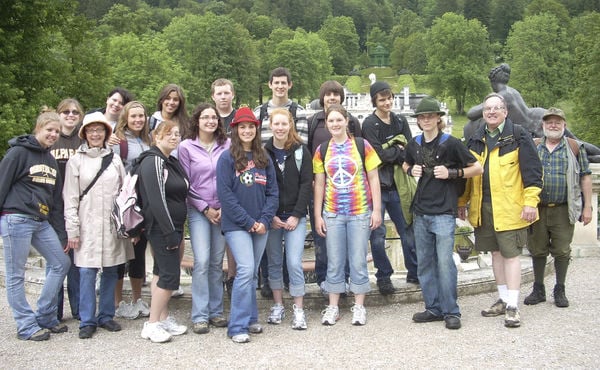 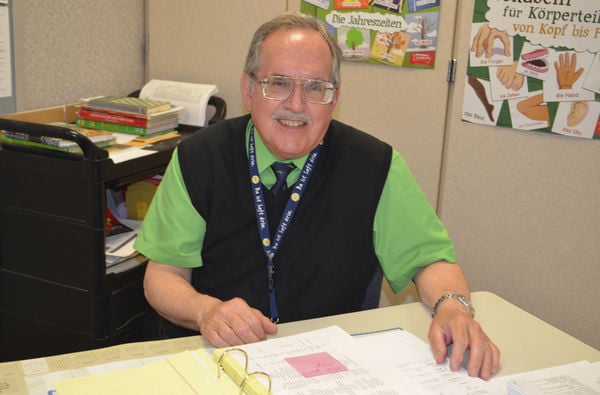 A. Daniel Ruth is shown teaching German to a class at MCHS in 1980, including Karla (Barnes) Schoof, far right. After living in Germany for five years with her military family, Schoof was a student of Ruth’s. All three of her boys also took his class – and “adored him,” she said. Ruth also inspired son Tim’s decision to take a summer internship through Michigan State University that will be in Berlin this summer, Schoof said.

Photo providedOne of "Herr Ruth's" most endearing qualities was his smile, according to former students, as evidenced in this 2009 photo as he participated in a German American Partnership Program in Oberammergau, Germany.

Undated photo shows German Teacher A. Daniel Ruth in his classroom at Michigan City High School, where he's been teaching for 45 years.

MICHIGAN CITY – Legendary, inspiring and passionate are a few of the words of praise former students, parents and colleagues use to describe A. Daniel Ruth.

Herr (“Mister” in German) Ruth, as he is affectionately called, will teach his last German class this semester after 45 years at Michigan City High School.

“Herr Ruth has made a difference in the lives of countless students over the years by inspiring a love of the German language and culture. His students often describe the passion and inspiration he brought to their lives and future careers,” Michigan City Area Schools Supt. Barbara Eason-Watkins said.

“His enthusiasm for German is highly contagious, and that’s what made his classes such a treat,” said 2014 MCHS graduate Gemini Fox, who will pursue a PhD in German at the University of Wisconsin this fall.

“As a student, he taught me to work through and adapt to situations that are completely foreign to me,” said Fox, who taught two entry-level German classes while earning his masters at Purdue. “But, as an instructor, his methods of teaching have been invaluable, as I often find myself using activities with my students that I remember fondly from his classes.”

For example, Ruth implements a rhythm game for remembering German numbers, an in-class Quiz Bowl, and a word-recognition game with students armed with fly swatters racing to slap German words projected on a screen.

“His lessons would often include captivating stories of the time he has spent in Germany, games to make learning more fun, and delicious German food,” said Nate Quinlan, 2011 MCHS graduate. “You could always smell it down the hall when Herr Ruth was cooking apfelpfannkuchen (apple pancakes).”

Quinlan is currently completing his Master of Arts in Teaching degree with a major in Secondary Education in the Department of Germanic Studies at Indiana University.

While every male’s first name going back generations was “Alva or Alvi” on his father’s side, every first male was named “Alexander” in his mother’s lineage. So, when Ruth was born, his parents decided to keep peace within the family and simply use “A.”

Anna (Carlson) Reynolds, a 2008 MCHS graduate with a Bachelor’s Degree in Germanic studies from IU, recalled: “Herr Ruth’s biggest fans could be found in German Club, and, while we always enjoyed being a little silly, I think our appreciation of Herr always shone through.

"One year, we were a little pleased with ourselves for deciding to have T-shirts made with Herr’s face on them, and two of his favorite quotes, 'Wenn du meinst' ('If you say so') and 'Auf Deutsch' ('In German'). He was a good sport. I still have mine in my drawer.”

“Whenever the name Herr Ruth was mentioned to someone, a smile always appeared on their face,” said parent Kelly Palmer. “I noticed right away that he was always smiling and asked his students if he was always this happy in class. They quickly said, ‘Yes, we’re pretty sure he smiles in his sleep.’ ”

“In the four years I had Herr Ruth as a teacher, I never once saw him without a smile. For a teacher of a subject that can be frustratingly complex, such patience makes all the difference in the world,” said Josh Palmer, 2013 MCHS graduate.

“An educator of his like may come around once in a lifetime. Herr Ruth is a man gifted with the ability to simplify the complexities of language to such a degree that they can be understood by even the most stubborn of learners.”

Palmer and his sister, Kristen, who graduated in 2013, not only had Ruth in class, but were some of the estimated 1,200 students that traveled to Germany through the German American Partnership Program (GAPP).

“My kids were forever changed after that trip – happier, more grown up and definitely thankful,” Kelly Palmer said.

“This unforgettable experience is one of the main factors that led me to study German and education in college,” Quinlan said. “Herr Ruth’s passion, patience and humor inspire me as an educator, and I strive to be as great of a teacher as he was for me.”

“The exchange has changed the lives of so many families in our communities and has brought two sides of the world closer together,” said Cary Knauff, a Chesterton High School German teacher who completed his student teaching under Ruth.

“This is something that we desperately need in today's world, and Herr Ruth is a true world citizen who has dedicated his life to making the world a little bit friendlier.”

Associate Superintendent Wendell McCollum said, “Having known of or about Herr Ruth for over 30 years, it is easy to say he is a legend at MCHS and within our district.”

Justin Martinson, a 2007 CHS graduate and now a German teacher there, spoke of Ruth’s “huge impact.” He completed his student teaching under Ruth, first participated in the GAPP exchange in 2006, and will participate as a teacher for the first time this year.

“He taught me about being patient and kind, especially with teenagers. He has taught me that respectful relationships are the key to effective teaching. He takes time to get to know his students, and he supports them in and outside of the classroom," Martinson said.

"He trusts and respects all of his students, and he makes them feel welcome and cared about each day they enter his classroom. Herr Ruth has been able to realize his students' talents and interests, and then help them use those to learn. He is a true master of not only teaching German, but of teaching students to love learning.”

Reynolds summed up her experience with Ruth: “Herr Ruth’s dedication taught me that if you love what you know, you can teach what you know, and others will respond because of your love. It’s the spirit and love with which you teach something that helps students to learn, regardless of the content.

"One could quickly tell what he was teaching was dear to him, and, because he wanted to take the time to share it with me, I knew I was being taught well. And, I definitely was.”

Herr Ruth was one of the most influential teachers I ever had the fortune to meet in my time at MCHS. He never stopped smiling and was always willing to put in extra time with his students. Herr Ruth is the golden standard of what teachers should strive to be. His number one priority and care is his students. Herr Ruth will be missed by not only the students whose lives he touched but by all in the community who have undoubtedly have heard of the legend that is Herr Ruth.