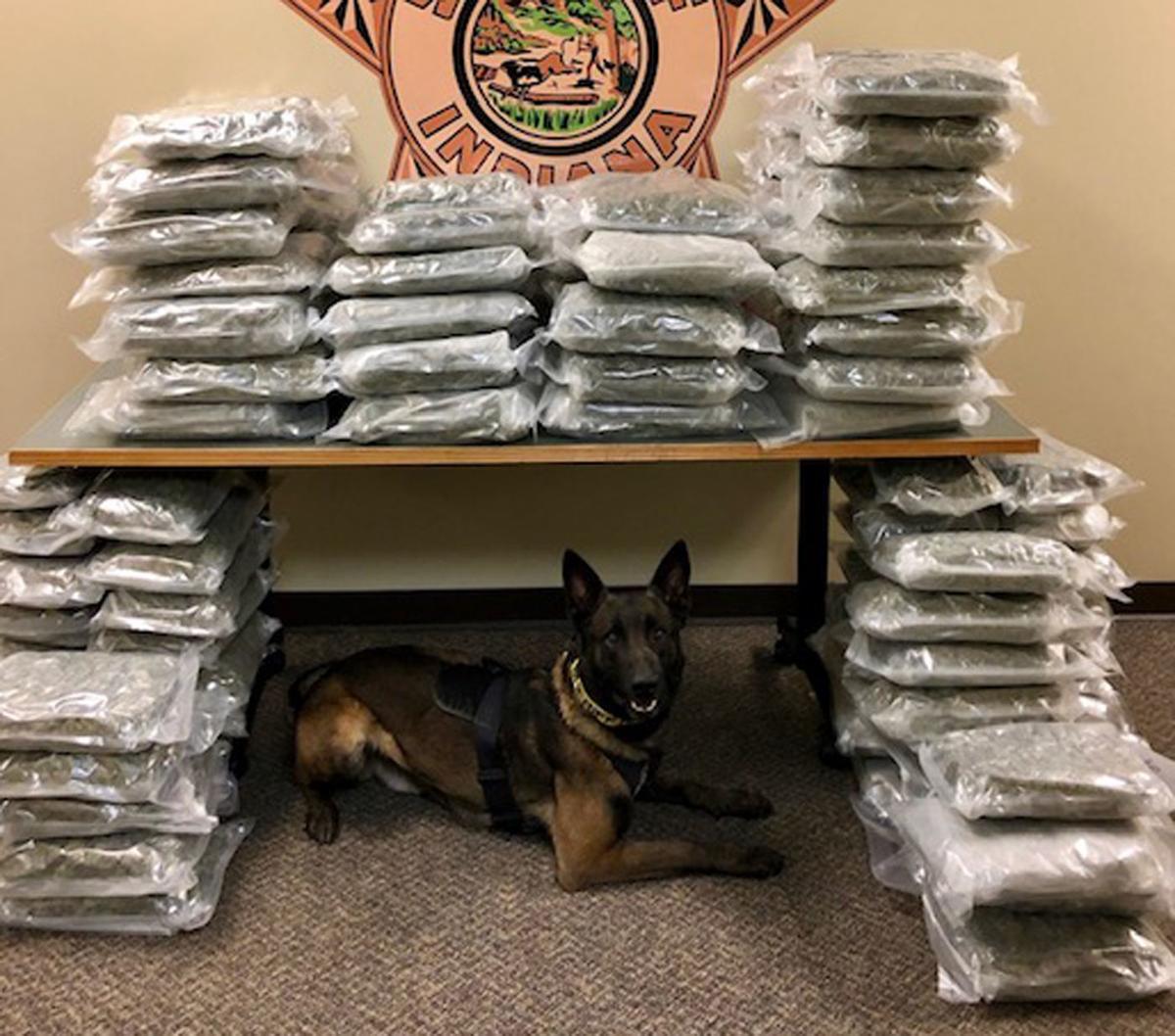 La Porte County Sheriff’s Office K-9 Bosco lies amid a large quantity of marijuana he sniffed out after a traffic stop on the Indiana Toll Road in eastern La Porte County on Tuesday. 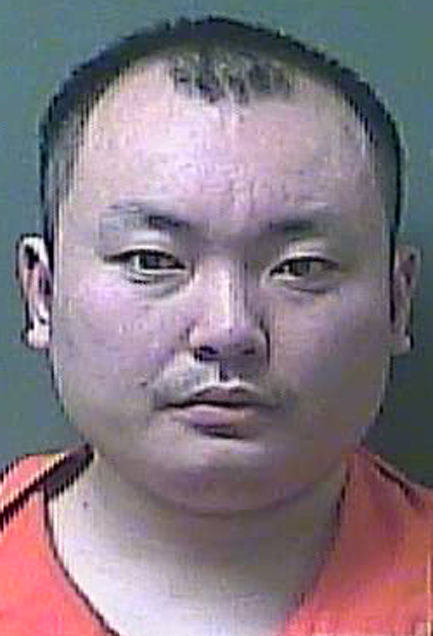 KANKAKEE TWP. — A California man is facing drug charges after a traffic stop on the Indiana Toll Road led to the discovery of a large quantity of marijuana, according to police.

At about 3:22 p.m., he was eastbound behind a passenger vehicle near the 53-mile marker, about 4 miles east of the La Porte exit in Kankakee Township.

While behind the vehicle, Wallace observed several traffic violations being committed, according to the Sheriff’s Office.

He initiated a traffic stop near the 56-mile marker, and the driver was identified as Zhaoyao Luo, 31, of Sacramento, California.

Deputy Jon Samuelson and his K-9 partner Bosco arrived to assist, and as the traffic stop progressed, a large quantity of marijuana was found in the car, police said.

Luo was arrested and later charged with dealing/delivery of marijuana, a Level 5 felony. He remains in the La Porte County Jail on a $15,005 cash-only bond through La Porte County Superior Court I.

His next court appearance is scheduled for Tuesday.

The DHE is a High Intensity Drug Trafficking Area program designed to disrupt the flow of drugs and weapons moving domestically. Funded by federal monies and administered by Indiana HIDTA, it allows additional deputies to work criminal interdiction enforcement.