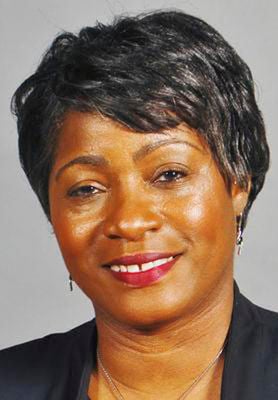 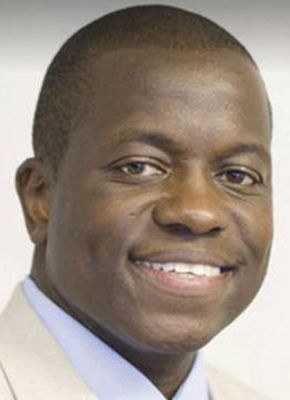 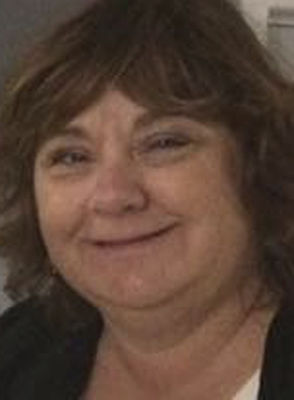 MICHIGAN CITY – For the first time in history, the Michigan City Common Council is majority-black and has all-black leadership.

“I’m truly humbled to be selected by my council peers as president of this council,” Fitzpatrick said Thursday, “and I have full confidence that we will be able to work with the new administration to ensure the residents of Michigan City are well-represented and their tax dollars are managed responsibly.

"I’m excited about the next four years.”

Only two ordinances were presented on first reading, both introduced by Nelson-Deuitch, and both dealing with updating the municipal code.

“A member of the City Common Council appointed by the Council will serve on the Internal Controls Oversight Committee, and the City Controller and Assistant Controller shall serve, ex officio, on said Committee.”

Currently, as a result of an ordinance passed in December 2016, the Finance Committee chair is expected to chair the Internal Controls Oversight Committee as well.

“Our finance committee chair is very busy," Nelson-Deuitch said Tuesday. "That's probably one of the busiest committees. So, the amendment is to recommend that there is an appointment as chair for that internal oversight committee.

"In light of what has happened over the last year with our finances, and what we've found with the overages and what has happened, I think it's important that we have two separate sets of eyes on those books."

City Controller Yvonne Hoffmaster said she is in the process of updating the entire city code; and recommended waiting until her office has finished until the council considers the ordinance. She said it would be more prudent to approve all proposed changes at once, rather than approve them as they are made, line by line.

The council agreed and tabled the matter indefinitely.

Nelson-Deuitch’s other proposed ordinance deals with the rules of order and procedure as observed by the council during meetings.

She referenced the ways in which the council has voted on matters and appointed people to boards and commissions in the recent past, and offered that both could be done more efficiently and effectively.

“Typically, unanimous consent is used in a more positive way; and over recent years and at least the last three or four councils, it's used more as the tyranny of one,” she said, noting one person objects and it can stop forward progression.

If passed, the new ordinance – written “in the interest of improving the efficiency of [the council’s] formal operations” – would amend Section 2-51(a)(2) of the municipal code to read: “Except for Section 2-57(a) regarding the number of readings of an ordinance and to the extent not in violation of any state law, the provisions of this Division may be suspended by a two-thirds vote of the members.”

The second change would amend Section 2-66(b)(3) to state: “In order to be eligible for nomination a completed candidate’s form must be filed in the Clerk’s office by noon of the Thursday before the next meeting. The serving council members are not required to fulfill this requirement.”

Paul Przybylinski objected to the council’s consideration of either ordinance and asked that Nelson-Deuitch remove it from the table and reintroduce it at the next meeting. He made the request because Nelson-Deuitch approached council attorney Jim Meyer about drafting the ordinances in December, approximately a week before she officially took office.

Meyer said that because he is the one who files the ordinances and not the council members, no law had been broken and the council could proceed.

Fitzpatrick asked to be added as a co-sponsor to both ordinances, and referred the one regarding the rules of order and procedure to the council’s judiciary committee.

It will be the subject of a workshop at 5:30 p.m. Tuesday in the EOC Room at City Hall.

• Don Przybylinski informed the council that he requested the Indiana State Board of Accounts audit the city budget early this year in light of a $1.6 million shortfall reported in December.

The city controller said she reported possible fraud to the State Board of Accounts on Wednesday after her office was informed that pension disbursements have been deposited monthly through Dec. 31, 2019, to a pensioner’s widow, who died on June 21, 2015.

Hoffmaster said the “erroneous or irregular material variance, loss, shortage or theft of city funds” also has been reported to the city’s insurance carrier and to the Michigan City Police Department, which is investigating.

• Fitzpatrick scheduled another workshop for 6:30 p.m. Tuesday in the EOC Room to discuss the council’s upcoming committee appointments. He said he’d like to include the mayor, members of the relevant committees, and city department heads in the conversation.