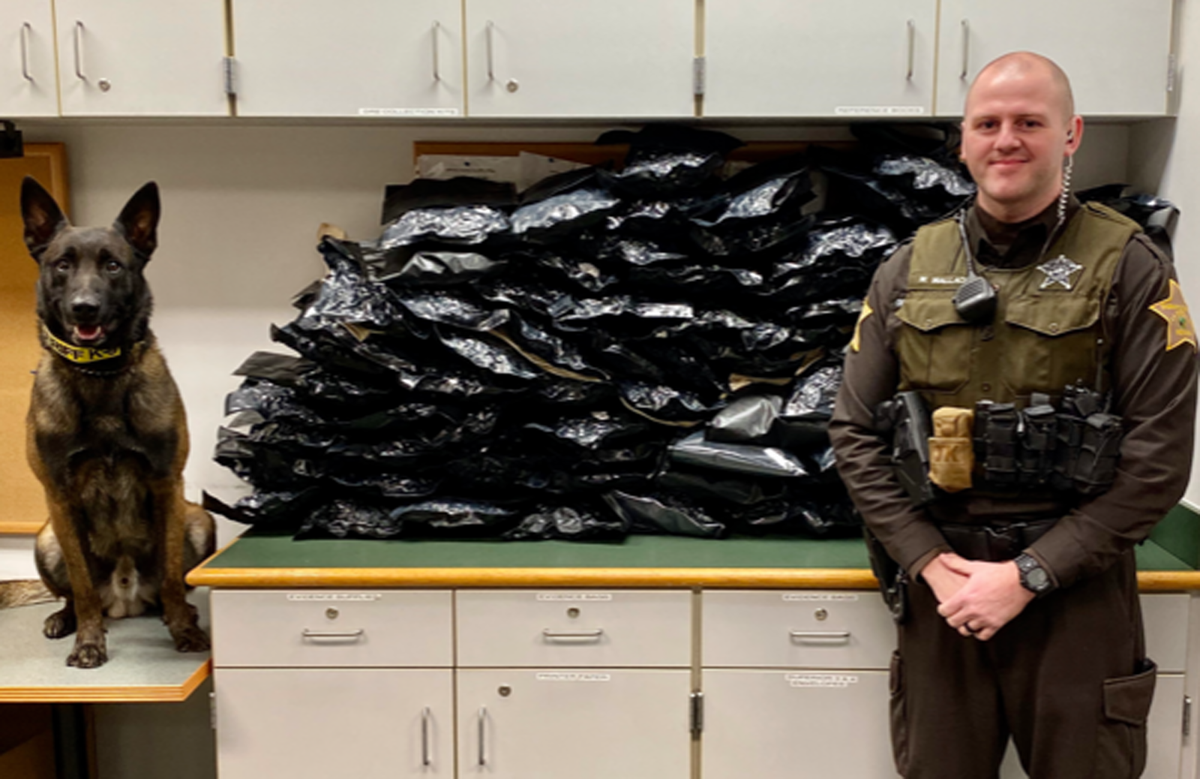 La Porte County Sheriff’s Deputy Wade Wallace and K-9 Bosco stand by the large haul of marijuana seized from a vehicle Tuesday after a traffic stop at the Indiana Toll Road travel plaza near Rolling Prairie. 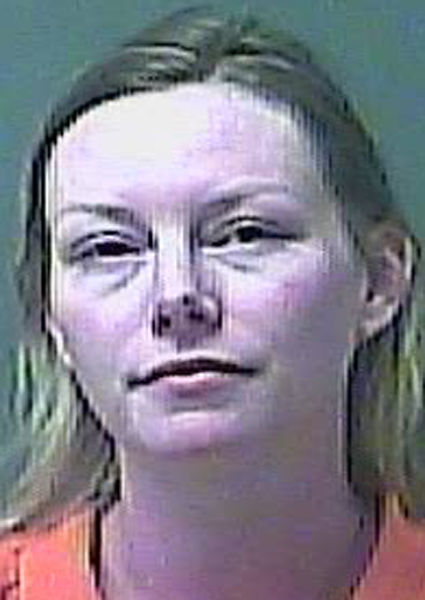 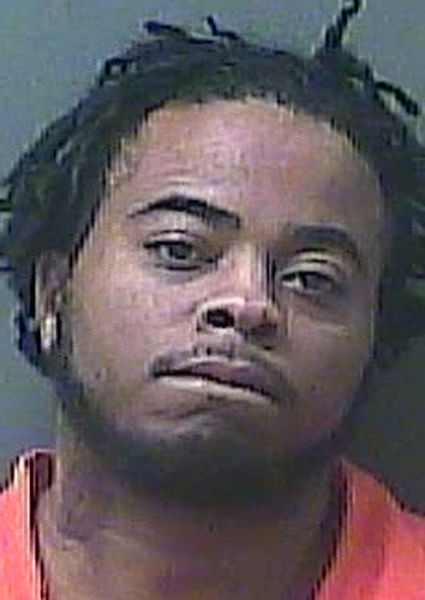 ROLLING PRAIRIE —Two people were arrested Tuesday in a pair of drug busts on the Indiana Toll Road, the first resulting in the seizure of a large quantity of marijuana.

The La Porte County Sheriff’s Office said an Ohio woman and a New York man were charge with drug and weapon offenses after a pair of traffic stops on the Toll Road near the Knute Rockne Travel Plaza near Rolling Prairie.

He saw a passenger vehicle going eastbound that caught his attention and committed a traffic infraction, according to the sheriff’s office. He began to follow and saw the vehicle commit another traffic infraction near the 54.5-mile marker.

Wallace initiated a traffic stop on the vehicle inside the Knute Rockne Service Area, and “as the traffic stop progressed, a large quantity of an illegal drug was located,” according to sheriff’s Capt. Derek Allen.

The driver, identified as Amanda J. Salmons, 34, of Cortland, Ohio, was arrested and later charged with a felony count of dealing in marijuana, Allen said. She remains in the La Porte County Jail on a $15,005 cash-only bond.

She is scheduled to appear Thursday in La Porte County Superior Court 4.

Less than two hours later, Samuelson, also working DHE, was westbound on the Toll Road near the 58-mile marker. He was traveling behind a pickup that gained his attention, and observed two traffic infractions, according to the sheriff’s office.

A short time later, Samuelson initiated a traffic stop, and an illegal drug and firearm were found in the vehicle, Allen said.

The driver, identified as Tshaka M. Brown, 34, of Webster, New York, was arrested and charged with misdemeanor counts of possession of a handgun without a license and possession of marijuana.

Brown remains housed in the jail on on a $1,505 cash-only bond. He is scheduled to appear Thursday in Superior Court 4.

Phillips also assisted at the scene of the second stop.