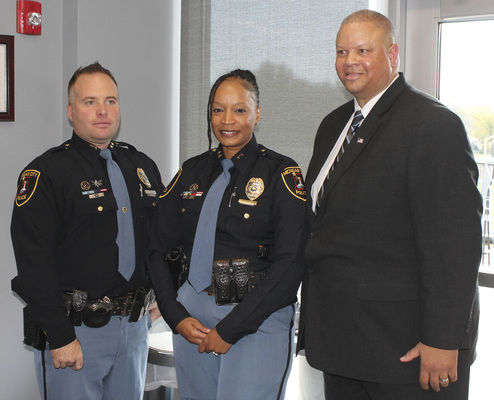 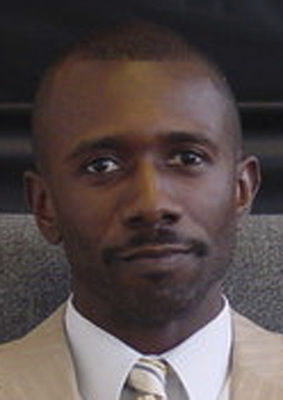 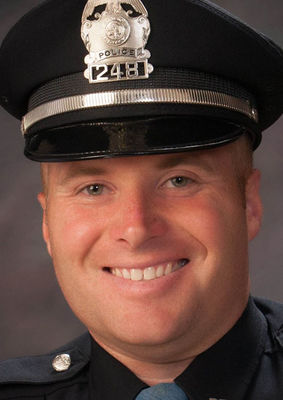 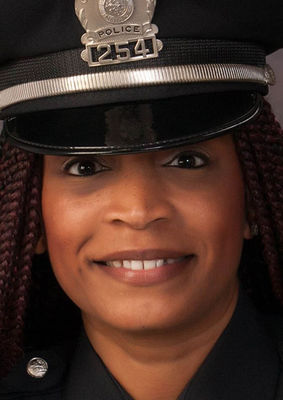 Campbell called several local pastors to the front of the room prior to the press conference to pray for the city and the Michigan City Police Department.

Campbell called several local pastors to the front of the room prior to the press conference to pray for the city and the Michigan City Police Department.

MICHIGAN CITY – The two new assistant chiefs of police were announced by Chief Dion Campbell on Friday at the Michigan City Police Department.

Asst. Chief Dave Cooney and Chief of Services Jillian Ashley were selected from the detective bureau for their new roles.

"I can proudly say that they were my choice for this position, who I thought would garner the respect of not only our officers, but would be great representatives of this community," said Campbell, who was sworn in to his position on Tuesday.

Cooney has been employed by the MCPD for almost 14 years. He started as a patrol officer, then worked as a detective for five years. He returned to patrolling for a few years, and was recently re-assigned to the detective bureau.

Since becoming an officer, Cooney has been part of the burglary task force, worked as an evidence technician, and has been a SWAT Team leader since 2013. His SWAT experience is the work of which he said he's most proud, and the role that will be most difficult for him to leave.

"When this came up, under the circumstances, I was hesitant, of course," Cooney said Friday, presumably referring to the controversy that resulted in the resignations of the new chiefs' predecessors last week.

"With a few conversations with Chief Campbell and his vision for the future, we really want to get our men and women of this police department back to feeling like a family," he continued, tearing up at the notion.

Ashley has been with the MCPD for more than 12 years, the first three as a patrol officer and the last nine as a detective tasked mainly with handling cases in which crimes are committed against women and children.

During the press conference, Ashley repeatedly expressed her love for Michigan City and its citizens, as well as her fellow MCPD officers. She noted that although she's been the only black woman in the department over the past 12 years, she has never been treated differently or made to feel like she didn't belong.

"This is a family," she said, echoing the sentiments of both Cooney and Campbell.

As for her thoughts on her new role, Ashley said, "When you're humble, you say you're not qualified; but I'm willing to learn what I need to do in order to be successful in the position that I believe God has placed me in."

Campbell said he's invited the new assistant chiefs to make their mark upon the MCPD.

"We don't want yes people," he said. "I want you to speak your mind and tell me exactly what you feel and put your thumbprint on everything. I'm still going to make the final decision, but you get to do that."

Before closing the press conference, Campbell talked briefly about Capt. Steve Jesse, who is retiring from the MCPD after this year; and how Jesse has been a role model for the way the new chief hopes the department will operate in the future.

"He's a tremendous leader and I learned a lot from him because he's a guy who makes decisions based upon principles and not emotions," Campbell said. "And that is a symbol of what this department needs, in that decisions going forward have to be made according to what's right and not according to any type of a bias."

At the beginning of Friday's press conference, Campbell called to the front of the room more than a half-dozen local pastors, who prayed for the city and the MCPD. Among them was Ashley's husband, the Rev. David Ashley of Redeemed Fellowship Church and the Northwestern Indiana Ministers Conference.

An outspoken critic of the former police administration, Rev. Ashley was beaming Friday, proud of his wife – the first black woman appointed to MCPD administration – and looking forward to the future, he said.

"We've always been staunch supporters of righteousness," he said of the Ministers Conference's stance. "... We want a better relationship between the community and the police. The MCPD needs a new, fresh start, and now they have it."

The pastor said he has known Campbell for many years, as both a police officer and a leader in the church community, and trusts him in this new role.

"Chief Campbell is a very strong, no-nonsense, credible leader, who will clean up both inside and outside," he said. "He has a long history of just doing the right thing."

Swistek's assistant chiefs, Kevin Urbanczyk and Royce Williams, resigned shortly thereafter; and all three returned to their merit ranks within the department.

Congrats to all new chief of police and his assistants,so very proud of you all..