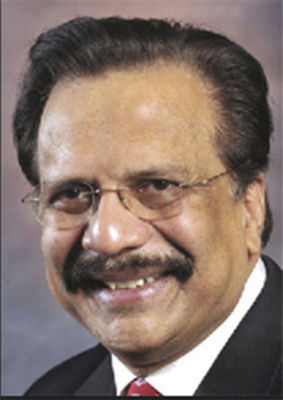 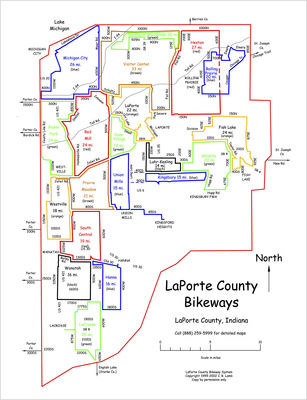 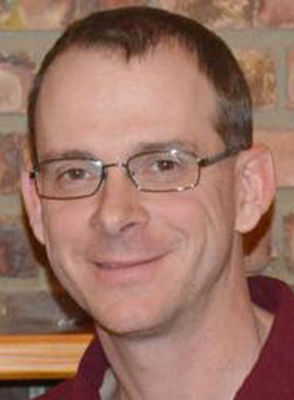 On Wednesday, the county parks superintendent told the La Porte County Board of Commissioners his department is hoping to secure grant funding to upgrade the county's shared bikeway system. And they plan to reduce the trails' combined footprint by more than half, while enhancing the reworked routes with new signage and GPS guidance, among other improvements.

The proposed project is the first time the Parks Department has revisited the shared bikeway system since its creation in 2001, Sobecki said. Consisting of 20 routes spanning more than 400 miles across the county, the Shared Bikeway System was one of the leading cycling path systems in the area, he said.

Over the past two decades, though, the department has not devoted much labor or funding to maintain the paths, Sobecki said. A 2017 volunteer-led assessment of the system found a number of the 1,800 signs initially erected around the routes were either missing or damaged.

"There's a system out there that we advertise, that we have, that is not really usable by the people who want to use it," Sobecki said.

Last year, the Parks Department assembled a small committee to discuss how to fix and improve the ailing system. One of the main findings was that many of the routes traveled along roadways with heavy vehicle traffic and/or high speed limits, like Fail Road and CR-1000N, Sobecki said.

"[These] are not good roads to ride a bike on, and, if you talk to cyclists, they agree," he said. "Why would we even have a route there?"

With that in mind, the department intends to reduce the number of routes, from 20 to between six to eight. The distance these paths cover would also come down to between 150-180 miles.

The proposed reduction would make the routes easier for the department to manage — and enhance. In addition to installing new wayfinding signs around the paths, officials would like to make it so cyclists can download the routes to their phones, allowing them to use GPS guidance to navigate the revised routes, Sobecki said.

They would also like to connect the routes to local cities, towns and parks, something the current system doesn't do, Sobecki said.

"It's going to save money, it's going to save time and it's going to get us up to date," he said of the project. "We will probably become one of the leading counties again, in that we'll be online and ready for people to come into town and say, 'Hey, where can I go ride?'"

Sobecki is hoping to apply soon for local grant funding through the Healthcare Foundation of La Porte or similar organizations to pay for the new signage and labor needed to implement the plan, he said.

Commissioner Vidya Kora praised the proposal, saying an enhanced bikeway system would improve La Porte County's sense of place. The physician added that many of his senior patients use cycling as a way to maintain their health.

"They really enjoy bike riding in the county, so anything we can do to improve it or make it safer is great," Kora said.

"I couldn't be prouder of our county parks," Mrozinski said. "You do a great job in maintaining them."

Also on Wednesday, the commissioners:

• Heard from former state Rep. Scott Pelath, executive director of the Kankakee River Basin and Yellow River Basin Development Commission. He said the commission recently allocated $500,000 to a joint La Porte/Starke project to perform work on the banks of the Kankakee and Yellow rivers that run through the two counties. The project is intended to reduce the amount of debris that flows into La Porte County, Pelath said. The allocation is the first the commission has issued to a program since its formation last year.

• Granted permission for the Fairgrounds Events & Management Corp. Board to approach the County Council for $125,000 for maintenance/repairs to the La Porte County Fairgrounds.