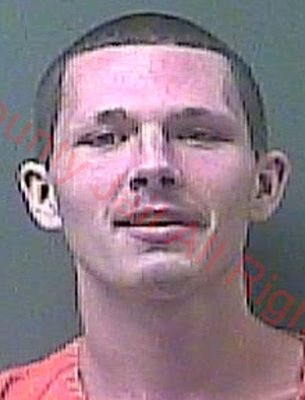 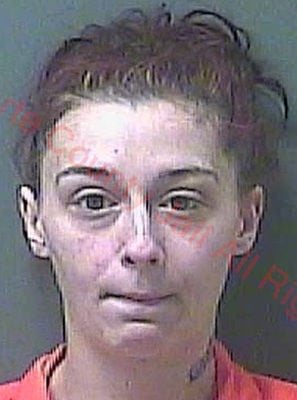 MICHIGAN CITY – Two people have been charged with felony neglect for allegedly leaving an elderly man, who needed constant care, alone for an inappropriate period of time, according to authorities.

Lawrence R. Zitt III, a 24-year-old Michigan City resident, is also facing a Level 6 felony count of neglect of a dependent, along with a misdemeanor count of conversion, according to the sheriff's department. Zitt was also wanted on a probation revocation warrant for an unrelated drug conviction, according to court records.

According to a probable cause affidavit filed by the La Porte County Prosecutor's office, Kobat and Zitt were the caregivers for the victim, who suffers from dementia and other physical ailments, and requires constant care for feeding and daily functions.

The affidavit, filed Aug. 2 in La Porte Circuit Court, alleges they left the victim alone for "multiple days" in a "soiled" adult diaper and "out of reach of food and water."

Their actions left the victim "abandoned" and "endangered," according to court records.

A source close to the family said the allegations occurred at a home in the 9000 block of CR-500W in unincorporated Michigan City, where the victim, a relative of Zitt, was left alone in unsanitary conditions.

Judge Thomas Alevizos found probable cause to charge Kobat and Zitt with neglect. Zitt was also charged with conversion for allegedly taking cash out of the victim's wallet, according to prosecutors.

A warrant was issued for Kobat's arrest on Aug. 4, court records show. She was taken into custody Aug. 12 by Michigan City Police, and appeared in court Aug. 14, when bond was set. She was granted a public defender and a status of counsel hearing is set for Sept. 9, and an omnibus hearing for Oct. 9, both in La Porte Circuit Court.

A warrant was issued for Zitt's arrest on Aug. 2 and he was taken into custody by the La Porte County Sheriff's Department on Aug. 12. He was appointed indigent counsel on Aug. 14, court records show. A status of counsel hearing is set for Sept. 28 and an omnibus hearing for Oct. 9, both in Circuit Court.

Zitt was ordered held on a $755 cash bond on the neglect charge, but he is being held without bond on the parole revocation, filed in relation to a May 17, 2017, guilty plea to a Level 4 felony charge of unlawful possession of a narcotic drug, according to court records.

He was originally sentenced to 8 years in prison, but in July 2017, Judge Michael Bergerson of Superior Court I granted a sentence modification and Zitt was placed on probation for the remainder of the sentence.

In November 2018, the Indiana Probation Department filed a motion to revoke that probation, and in January 2019, Zitt was ordered to serve 60 days in the jail, according to court records.

In July 2019, the Probation Department filed another petition alleging a parole violation, and when Zitt failed to appeared at a hearing Aug. 8, an arrest warrant was issued, according to court records.

After his Aug. 12 arrest, a hearing was held on Aug. 13 at which he denied the allegations in the petition, and was ordered to be evaluated for a Drug Program at the jail, court records show.

A status hearing on that case is set for Sept. 19 in Superior Court I.