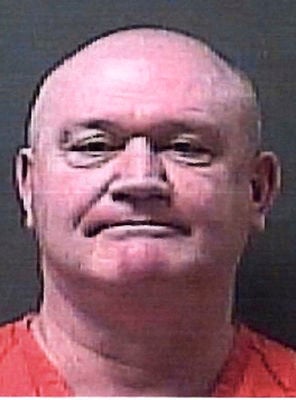 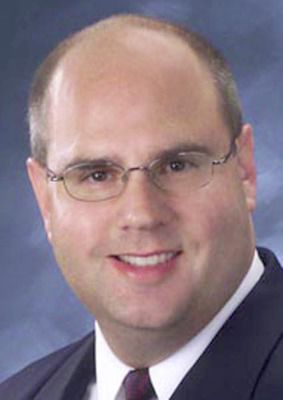 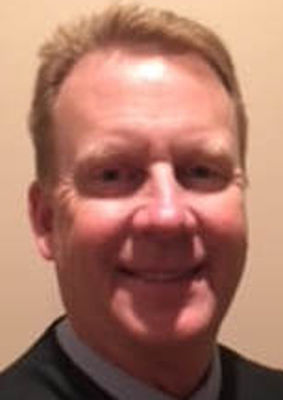 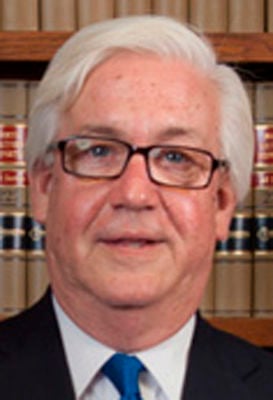 MICHIGAN CITY — A Porter County judge on Wednesday issued a warrant for the arrest of Mayor Ron Meer, who turned himself in to the La Porte County Jail and was released on bond.

On Monday, Porter County Superior Judge Jeffrey Thode found probable cause to have Meer arrested on the charges, according to court records.

Meer turned himself in and was booked into the jail at 4:44 p.m., according to Capt. Derek Allen of the La Porte County Sheriff's Office. He was released at 5:02 p.m. after posting a $1,505 bond.

The mayor’s attorney, Scott King of Merrillville, had filed a Memorandum of Law in Opposition to the State’s Request for Probable Cause Determination. He said the "state’s probable cause affidavit fails to demonstrate by a preponderance of evidence that my client committed a crime and therefore no warrant for arrest should issue,” King said.

Thode disagreed and issued a warrant for the mayor's arrest on Wednesday.

Thode accepted the criminal case against Meer on Nov. 14 after all the judges in La Porte County recused themselves.

Meer, who lost a close race for re-election on Nov. 5,  is charged with five felony counts of intimidation, one felony count of official misconduct, and two misdemeanor counts of false informing resulting in a hindrance to law enforcement, according to court records.

King also filed a motion asking for a special prosecutor in the case, and Thode scheduled a hearing for 8:30 a.m. Nov. 26 on the motion. It will be heard in Porter Superior Court 6 in Portage.

The charges stem from the mayor’s alleged actions following the Oct. 10 arrest of his stepson, Adam Ross Bray, by the La Porte County Drug Task Force on felony charges of possession of heroin, possession of cocaine, and possession of a firearm by a violent felon.

Bray remains in the La Porte County Jail on a $20,000 cash-only bond, with his next court date scheduled for Dec. 5 in Superior Court 1.

In the days following the arrest, Meer first accused Lake of “setting up” Bray for “political retaliation,” an allegation later repeated by King.

And on Election night, speaking to reporters after his loss to Duane Parry in the mayoral race, Meer said: “It was – in my opinion – political sabotage. Or as my attorney, Scott King, has said, a ‘hatchet job.’ It’s easy to see through, in my opinion. And I believe that I’ll be exonerated of all the false charges anyway.”

Meer said a confidential informant in the case had come to his home and told him and another son that Bray had been set up by Lake and the Drug Task Force, according to court documents.

The following week, Meer contacted former police chief Mark Swistek and told him to end the Michigan City Police Department’s involvement with the Task Force and to reassign the officers involved in Bray's arrest. Swistek and his top two assistants resigned over that request, and the chief also notified federal authorities and the prosecutor’s office of the mayor's request, court records show.

The intimidation charges in the case stem from the request by Meer to reassign the officers, putting them and the chief “in fear of retaliation,” according to court documents.

The false informing charges allege the mayor made up the allegations of a set-up by Lake, and that his statements that a confidential informant had come to his house were fabricated, according to court records.

The confidential informant, when interviewed by police, denied speaking to Meer or saying that Bray had been set up, according to court records. The probable cause document alleges Meer’s claim was “false information” which “substantially hindered the Michigan City Police Department investigation.”

The official misconduct charge is because Meer, in his official capacity as mayor, was charged with felonies and misdemeanors, court records show.

King said the intimidation charges will not hold up in court because an elected official cannot be charged for giving an order to a subordinate, even if the subordinate disagrees with the order.

He has also filed a motion for a special prosecutor, calling the charges “nothing more (or less) than a political hatchet job by a prosecuting attorney that was not politically supported last year by my client and does not support my client now.”

The motion claims the possibility of Bray being set up “clearly involves the La Porte County Prosecutor’s Office and, potentially, all of its personnel as potential witnesses in this case.”

Lake said he could not comment on King’s statements, but said in an email that at the hearing on the motion he “will be given the opportunity to be heard about the allegations made ... I am looking forward to that opportunity to demonstrate to the court that ... no actual conflict of interest exists.”

Meer can complete the remainder of his term, which ends in early January. If convicted of a felony, he would have to resign, but it is unlikely the case would proceed that far by year’s end.

very strange sad situation for sure...maybe we can move on now

Swistek should be the Chief of police. He and the other two did the right thing.