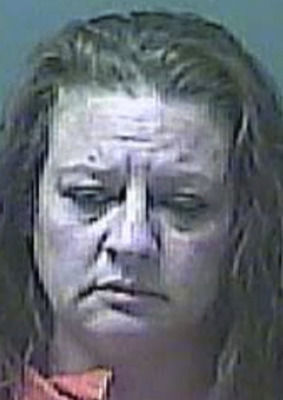 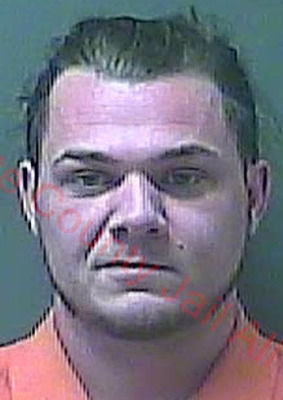 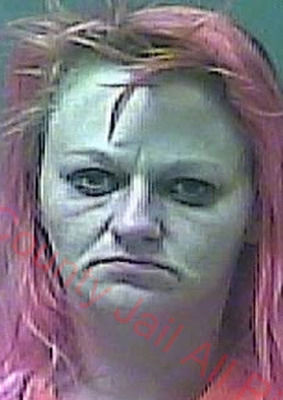 MICHIGAN CITY – A traffic stop on the south side of Michigan City led to the arrest of three La Porte residents and the confiscation of cocaine and syringes, according to authorities.

Just after 4:15 p.m. Sunday, a La Porte County Sheriff's deputy was turning onto Cleveland Avenue from U.S. 20 when he saw a tan Pontiac Sunfire southbound on Cleveland merge left across the double yellow line and into the northbound turn lane, according to a police report.

The car merged further left into the northbound lanes of Cleveland to the intersection of Pahs Road, in spite of several other nearby vehicles, then turned east and into the Citgo station parking lot, where the deputy made a traffic stop, the report said.

The front passenger, later identified as 40-year-old Angela M. Miller of La Porte, then got out of the vehicle, raised the hood and propped it up.

The officer spoke with the driver, 35-year-old Krystle Marie Catlin, who identified herself but said she did not have her license. A male passenger in the backseat refused to provide his name, but was later identified as 30-year-old Jonathan M. Wolfe, the report said.

A record check showed Miller's and Catlin's licenses were suspended, so the deputy ordered the car impounded and arrested Catlin for driving while suspended and cited her for driving left of center, the report said.

When a tow truck arrived, the deputy spotted a hypodermic syringe cap on the front passenger seat and a syringe sticking out from under the seat with a small amount of liquid inside, the report said.

A search of the vehicle then turned up syringes under the driver's seat and rear passenger seat, the report said. The man again refused to give his name, but was identified by Miller as her boyfriend.

Asked if he had any active warrants, she said, "I think so," the report said. She was then asked if there were any illegal items on her person and said no, but later admitted she had cocaine and hypodermics hidden in her bra, the report said.

A record check showed Wolfe had an active warrant out of Porter County charging criminal trespass and resisting arrest, according to court records.

All three were taken to the La Porte County Jail, where Miller removed the items from her bra, including a transparent bag containing white powder, two used syringes and a bag with several new syringes, the report said. The powder later tested positive for cocaine.

Catlin was scheduled to appear in the same court on Monday, and court records show she has a pending driving while suspended case in Superior Court 3, and a pending possession of narcotics case in Circuit Court.

Wolfe was being held without bond pending extradition to Porter County, according to the sheriff's office.