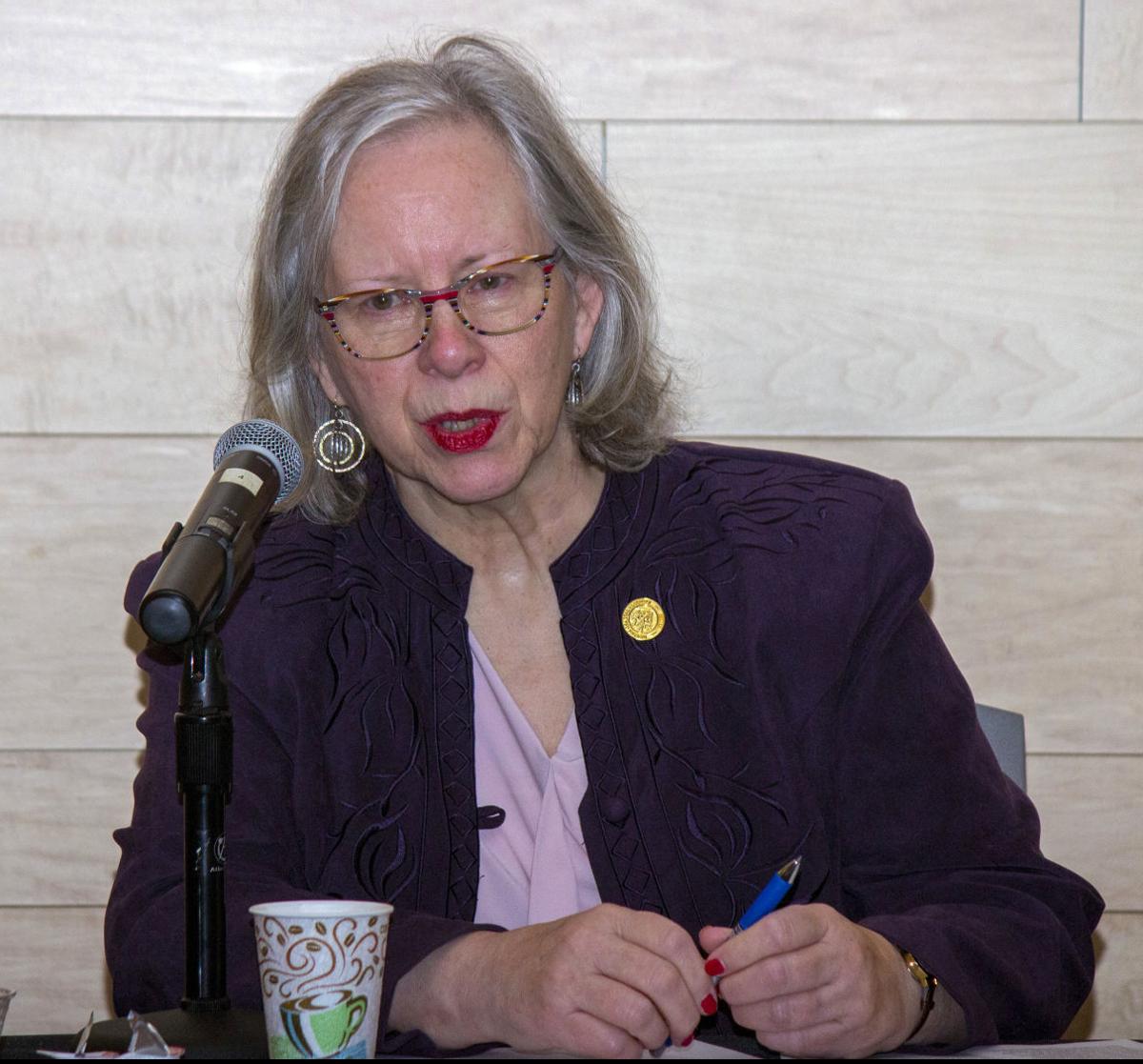 State Rep. Pat Boy discusses some of the bills which are still alive in the General Assembly. Boy authored five bills, but none made it out of committee. 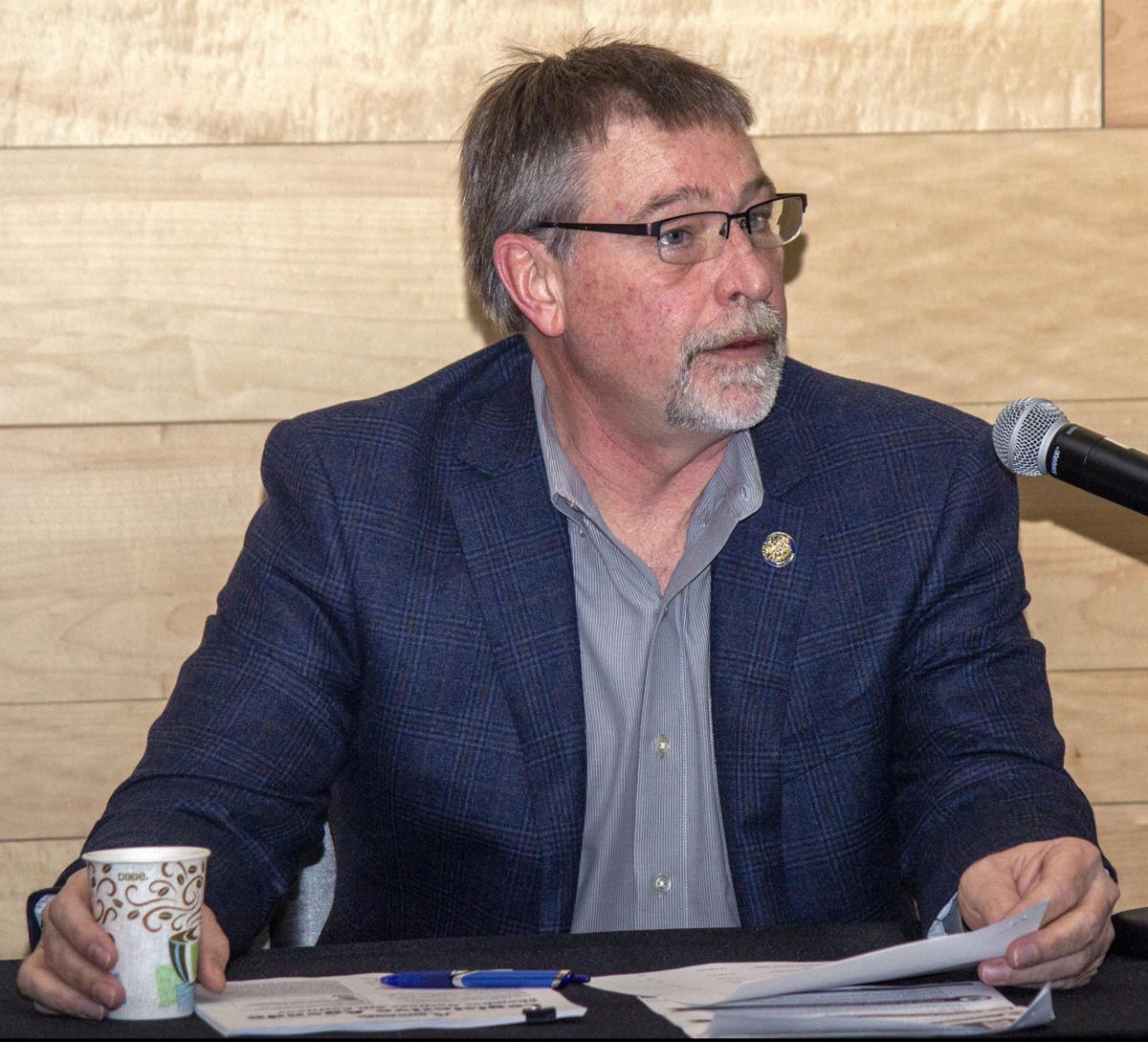 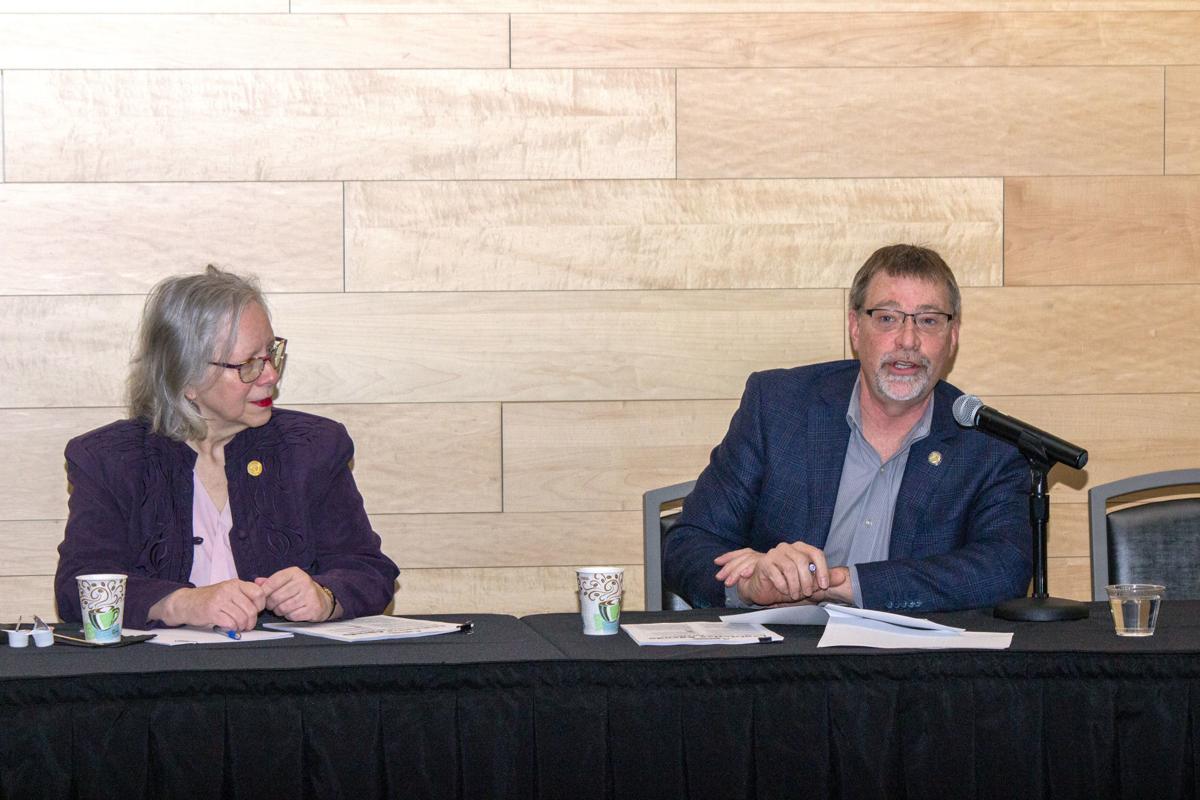 State Rep. Pat Boy discusses some of the bills which are still alive in the General Assembly. Boy authored five bills, but none made it out of committee.

WESTVILLE — From requiring drivers to stay off cell phones while driving to insulating school districts from the results of controversial standardized testing, the state legislature has a hefty docket ahead halfway into its session.

The lawmakers discussed legislation they’ve presented and gave their thoughts on other significant bills working their way through the General Assembly this session, which began Jan. 6.

The session took place amid “halftime” for the legislature – when surviving House bills move to the Senate and vice-versa, Pressel said. Of the 901 bills members put forward, only 283 have advanced for consideration in the opposite chamber.

Pressel, serving his fourth year, has authored a pair of the surviving bills: House Bill 1015, which establishes disciplinary guidelines for full-time firefighters; and HB 1131, which sets new standards for installation of water and sewer main extensions.

He is also a co-author on HB 1070, intended to tackle distracted driving – a problem Pressel has sought to address for three years, he said.

The bill would forbid the non-emergency use of cell phones or other mobile telecommunication devices while driving. Motorists can still use voice commands to control devices, or use a dashboard cradle.

“It just can’t be in your hand,” Pressel said. “That’s really the goal here, to get people to pay attention ... pay attention to where you’re going. Let’s not endanger someone else’s life.”

Boy, serving her second year in the Statehouse, has authored five bills this session, though none made it to the Senate, she said. The House Committee on Environmental Affairs did hear HB 1257, which would have required individuals or companies that spill contaminants into waterways to immediately notify several affected agencies, including nearby water departments.

The series of spills at ArcelorMittal last summer prompted Boy to write the legislation, she said.

Water departments often do not get notice of such incidents until a day later, which could lead to catastrophe, especially if contaminants get into a water supply like that of Indiana American Water, Boy said.

“It serves a couple hundred-thousand people, at least,” she said. “That would be a real disaster if they were drinking cyanide in their water.”

Both Pressel and Boy support HB 1001, which would protect school corporations from suffering a lower grade from the State Department of Education due to results of last year’s ILEARN testing, in which less than half of districts earned a “proficient” rating.

Educational professionals across the state, including many in La Porte County, have criticized the test – which replaced the ISTEP+ exam in 2018 – as being a “one-size-fits-all” exam that doesn’t correctly measure student proficiency.

During last fall’s Red for Ed rally in Indianapolis, Boy heard from multiple teachers who told her some of the questions on the 2019 test were aimed at grade levels higher than those of the students taking it.

“If they have test anxiety or any other problems with it, that makes it that much worse for them.”

Both lawmakers also voted in favor of HB 1004, which would prevent health care providers from billing a patient for amounts that exceed their insurance policy’s in-network rates. The legislation is intended to combat the “surprise” out-of-network billing many residents experience, Pressel said.

Though he feels the bill doesn’t go far enough, Pressel said it does move the needle forward, giving health care providers a chance to get their act together before the legislature considers more direct intervention.

The Republican also touched on HB 1007, which calls for the state to spend a $300 million surplus from the previous fiscal year on various higher education projects that lawmakers originally intended to issue bonds for.

Though the proposed legislation has drawn ire from citizens, who believe the excess dollars should go toward raises for teachers, Pressel believes it is a more financially responsible move, as dividing the dollars up to educators would merely amount to a one-time, $400 stipend, he said.

“Nobody wants to hand out a check and then next go-around, we don’t have that money again,” Pressel said.

Boy, who voted against the legislation, said she wanted the state to devote some of those dollars toward paying the U.S. Army Corps of Engineers $800,000 for a study of the Great Lakes shoreline, which has suffered massive erosion problems in recent years, she said.

Pressel and Boy also fell on different sides of another controversial bill, HB 1414, which, among other provisions, would delay the closing of coal-fired electric generation plants until May 2021.

The Democrat was one of 41 House members who voted against the bill, which passed with 52 votes.

Boy said it ignores the massive cleanup of coal ash that will be required once these plants – including the NIPSCO plant in Michigan City – are eventually phased out in favor of cleaner energy sources, she said.

“If we keep burning coal, we’ll have more and more coal ash sitting in ponds that leach into the soil and eventually into the groundwater,” Boy said.

“Those were going to be a nightmare to clean up in the first place, and holding off on retiring the coal plants is not going to be environmentally good.”

Pressel voted for the bill, saying the wait will give state power companies additional time to develop a plan to retire coal-fired plants without significantly affecting customers’ bills, he said.

“If we’re saving 50 percent and we’re buying clean energy, I’m all in,” Pressel said. “But, so far, no one’s been able to show me that plan.”

Another Third House Session will take at the end of this year’s legislative session – 7:30 a.m. Friday, March 20, again at PNW.