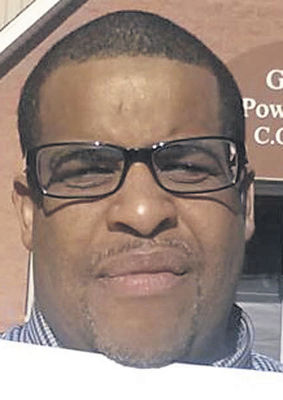 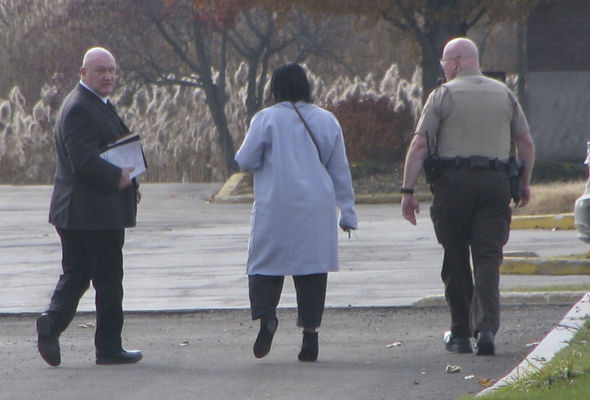 Photo by Jeff MayesMichigan CIty Mayor Ron Meer, left, and his wife, Agnes, are escorted from the North Porter County Government Complex by a Porter County Sheriff's deputy after the hearing last week.

Photo by Jeff MayesMichigan CIty Mayor Ron Meer, left, and his wife, Agnes, are escorted from the North Porter County Government Complex by a Porter County Sheriff's deputy after the hearing last week.

PORTAGE – Porter County police are seeking a warrant for the arrest of a Michigan City man for violating an order of protection against Mayor Ron Meer during and after a court hearing last week.

The Porter County Sheriff's Department has a requested a warrant for Rodney McCormick, 52, after he came to a Nov. 26 hearing at the Porter County Government North Annex in Portage.

The mayor claims McCormick followed him in the parking lot, then stood a short distance from his vehicle yelling at and videotaping him in spite of a protective order issued in La Porte County, according to a police report.

The warrant is being sought on a misdemeanor charge of invasion of privacy for violating the protective order issued in November 2018 and extended in July 2019, according to a police report.

McCormick entered the courtroom during Meer's initial hearing on felony charges of intimidation and official misconduct, and misdemeanor charges of false informing. The case was transferred to Porter County after all La Porte County judges recused themselves.

According to the report, McCormick stood behind the mayor, walked in front of him, and paced the courtroom while the hearing was in progress "in an effort to harass the victim" despite the order of protection.

McCormick had "no legitimate business or reason to be at the courthouse," the report said.

Following the conclusion of the hearing, McCormick waited outside for Meer, then drove slowly through the parking lot in and around Meer, the report said.

Meer requested a court security officer to escort him to his vehicle, and the officer witnessed McCormick's actions, the report said. McCormick then followed Meer out of the parking lot and north on Willowcreek Road for a short distance, the report said.

Meer and the security guard videotaped some of McCormick's actions, and courthouse video is also available if needed, the report said.

After McCormick's vehicle turned, Meer returned to the courthouse to file a report.

A Porter County deputy contacted the Michigan City Police Department about the incident, and MCPD confirmed it was "familiar with McCormick," the report said. MCPD later returned the Porter County deputy's call and said after speaking to the chief, they could not make an arrest immediately, but that once a warrant came through, they would assist in apprehending McCormick, according to the report.

If a warrant is issued, it would be the second charge of invasion of privacy against McCormick in 2019. A probable cause affidavit was filed in early May charging a misdemeanor for violating the protective order, according to court records.

However, because all La Porte County judges, and one Porter County judge recused themselves, no hearing was held until early November, after Starke County Judge Kim Hall found probable cause, court records show. McCormick pleaded not guilty and asked for a public defender.

The case was later transferred to the Indiana Court of Appeals, and a status hearing is scheduled for Jan. 17.

McCormick was also arrested at City Hall in November 2018 for allegedly making threats against Meer, however, those charges were later dropped and expunged from his record. However, they were the basis for an emergency order of protection granted to Meer and extended by Judge Hall in July.

In his ruling to extend, Hall ordered McCormick to stop “committing or threatening to commit acts of stalking” against Meer, his wife, Agnes Meer (who was also in the courtroom last week), and their children; and to stop “harassing, annoying, telephoning, contacting or directly or indirectly communicating” with the mayor.

Judge Hall also ordered McCormick to “stay away” from the mayor’s home and place of employment, and banned him from entering City Hall or standing on the sidewalk outside during normal business hours.