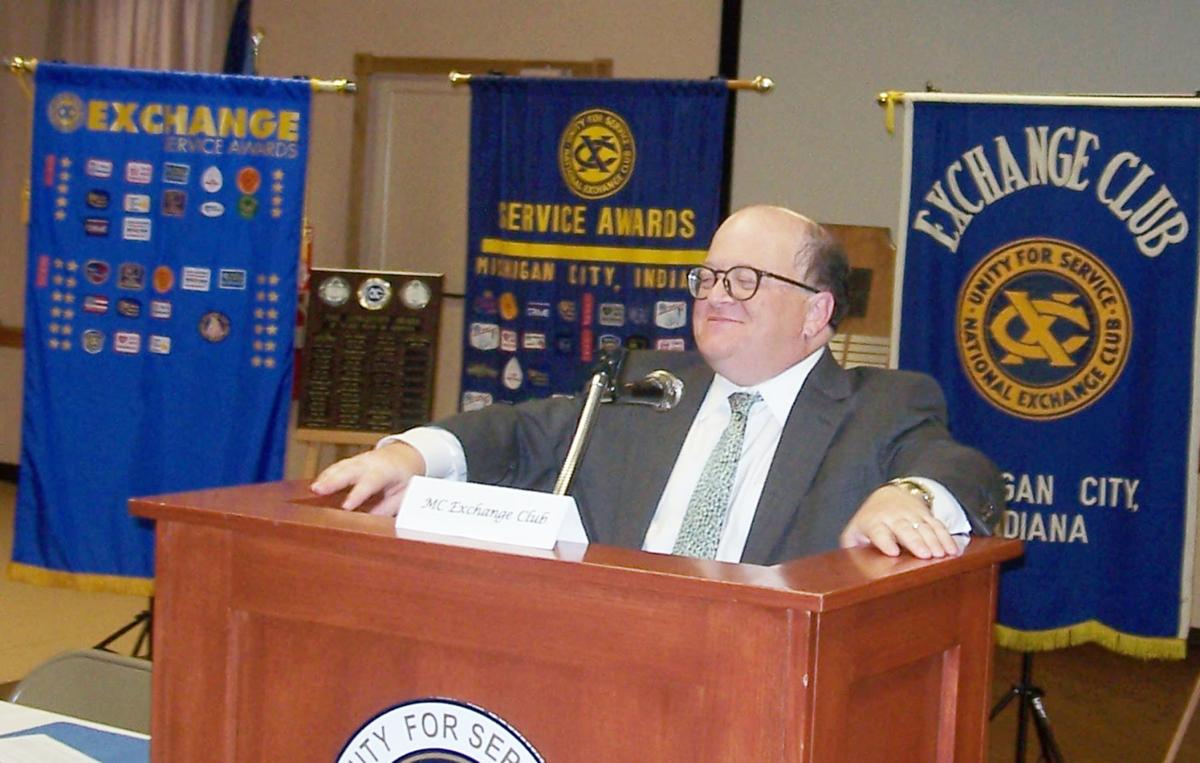 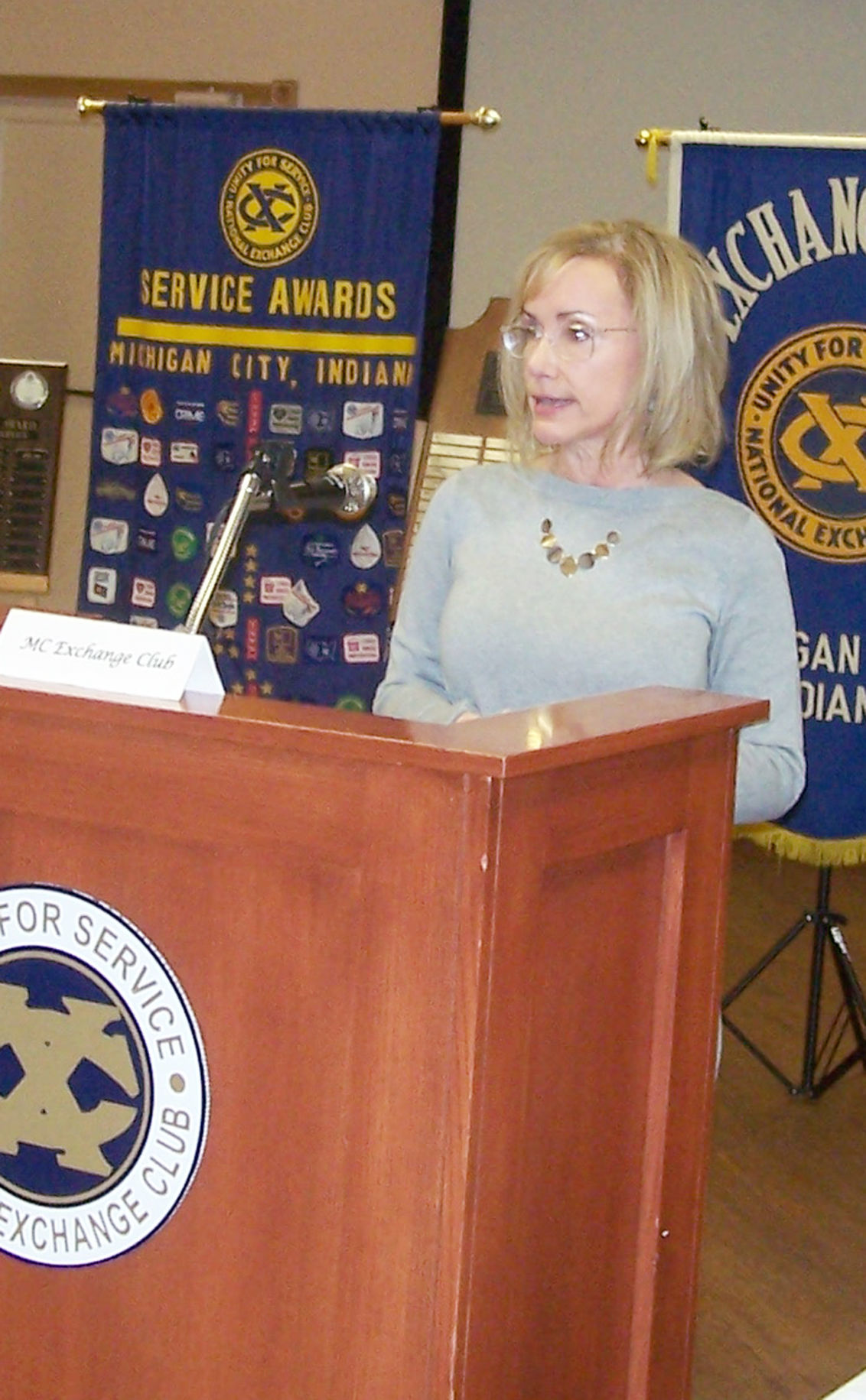 President Mike Kopec introduced La Porte County Judge Thomas Alevizos. The judge began by relating a couple of humorous stories; true but funny quips that happened while in court. No names were used so as to protect the innocent. Judge Alevizos informed Exchangites that the system is sending two-thirds less young people to the Juvenile Center due to several programs that have been initiated. A new program that will be available in the near future is Family Recovery Court. Akin to the Veteran’s Court, the FRC is a holistic approach to treat the individual utilizing numerous service experts. The program realizes that many young offenders are being raised by parents with habitual issues such as drug abuse.

Alevizos introduced his magistrate, of more than five years, Pam Munsey, to elaborate on the new program. Munsey told Exchangites the FRC was initiated using both state and federal grant monies. She said once an incident is discovered, a crises team is deployed to the home. The crisis team determines the issues affecting the family. Such issues include: transportation, housing, abuse and drug abuse in the home.

“It’s going to be a holistic approach,” she said. The goal is to keep the child in the home if possible or to return the child to the home quickly. Once the family completes the Family Recovery Court program, they are subject to follow up, which includes several aspects such as mandatory drug testing.

“Success does not always mean reuniting the child with their parents,” Munsey said.

The next meeting of Exchange is Feb. 11. The meeting starts at 12 noon and doors open at 11:30 a.m. The program is to be determined.

Prayers were offered for Lions Steve Beardsley and Ron Retseck, who are both recovering from health issues at home.

Lion Roger Potratz introduced the speaker, Harbormaster Tim Frame, who gave an update on the condition of the Washington Park Marina. Upgrades on Dock 300 have already been made. Work will begin in the fall on dock 200. All electric power boxes on deck 800 will be removed. They were built in the late ’80s and are in need of upgrades now. New electric boxes will have ground fault interruptors to prevent accidental electro shock drowning. This occurs from stray currents in water.

About 90 percent of the boat slips are rented. A few are being used by New Buffalo boaters whose docks were underwater. Some Portage boaters also relocated to the Michigan City marina due to chemical spills at their previous location.

Two major storms have pushed the marina water level up to sidewalks and even into the office, Frame said. He explained that historically the lake levels rise and fall. January 2020 was a record high in part because the mild winter provided no shelf ice. Weather systems greatly affect the lake levels.

An informative question and answer session followed the Harbormaster’s presentation.

Boss Lion shared the upcoming calendar of district and zone events. She also noted that January is Hunger Awareness month. Members are asked to bring non perishable food items to the Feb. 5 meeting. Items will be donated to the Sand Castle Homeless Shelter pantry.

A donation in memory of Lion Don Holda has been received from the Shoreland Hills Book Club.

Tail Twister for the meeting was Lion DeNita Ton. The 50/50 winner was Danny Blake who donated his winnings to the Charity Fund.

For information on becoming a member of the Michigan City Lion’s Club, call Lion Jean Poulard, the membership chairman.