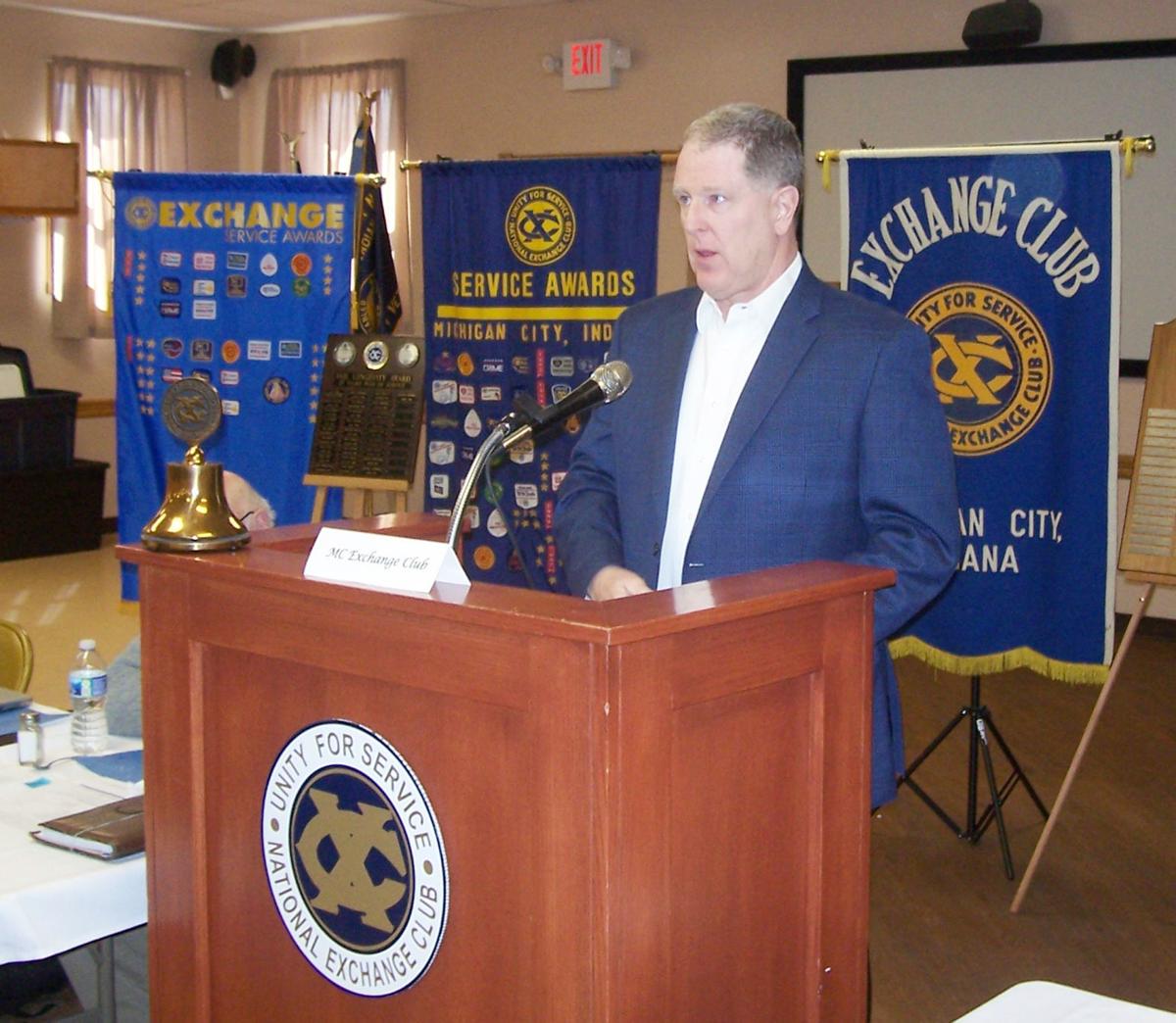 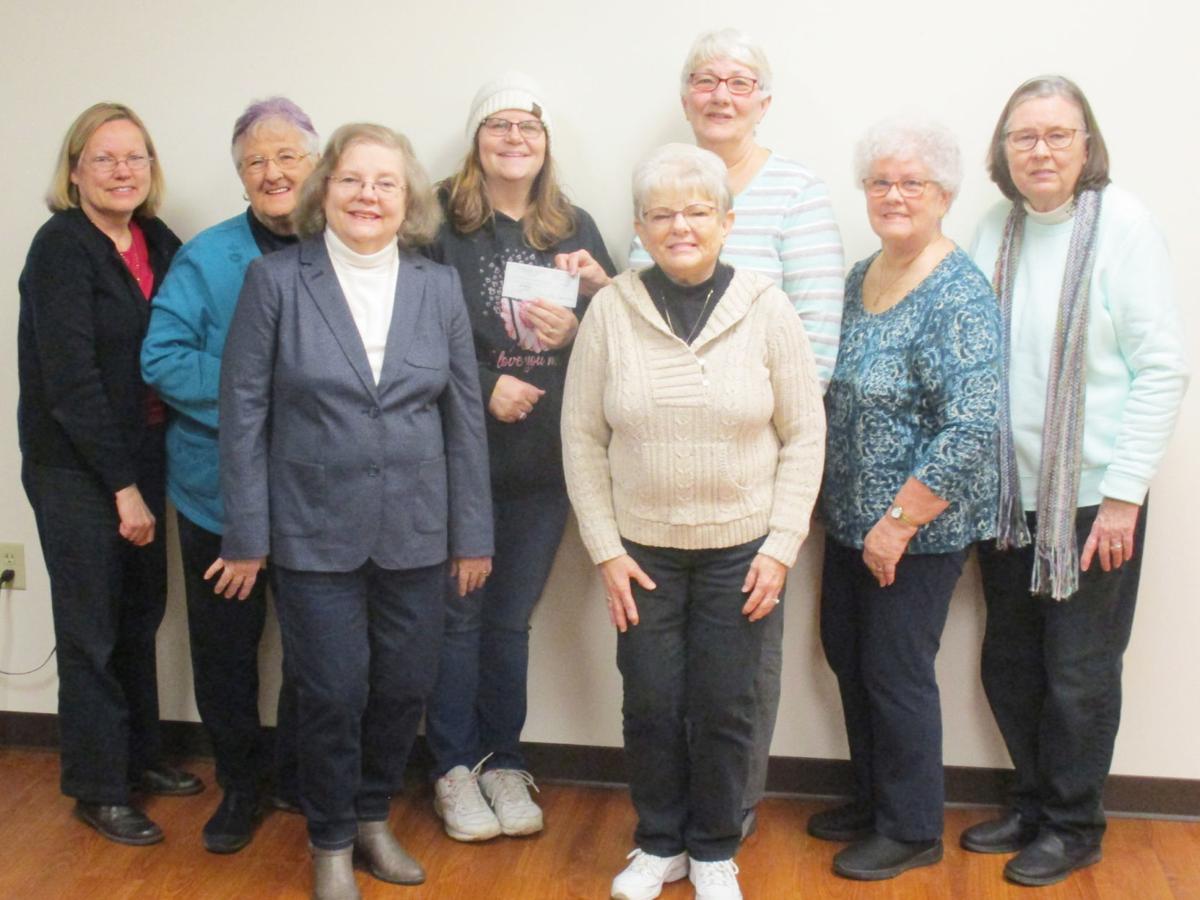 “Mike is a Notre Dame graduate and an attorney. It is a pleasure to introduce him,” he said.

Nolan said, “Last time I was here, it (double tracking) was just a vision.”

According to Nolan, the project consists of placing a second track over 25 miles from Gary through Michigan City. Currently, the single track is akin to driving through a construction zone with a “flagger” who controls the flow of traffic, Nolan said. The project also includes adding high speed crossovers and high level loading platforms. According to Nolan, these improvements will help to lower the commute time between Michigan City and Chicago. The shorter commute time is expected to also increase ridership.

Nolan also stressed that the population growth in the four counties that the line traverses has remained stagnant. “We open up opportunities” to citizens of Northwestern Indiana, Nolan said.

According to Nolan, the project has been funded at the county and state level and he is now looking forward to securing the federal monies for the line improvements. Also included in the project is a proposed 500 car parking garage located off of 11th Street. Property acquisition has begun and Nolan ensured luncheon attendees that the process will be completed safely.

Nolan said each home will be secured by boarding it up, testing for hazardous materials; and professionally abating all hazards. He said homeowners will be fairly compensated, given moving expenses and also afforded the cost difference between their acquired homes and their similar new homes. The South Shore Line has also agreed to keep their facilities in operation in Michigan City for the next two decades. Nolan said the new line is not being added to increase freight traffic.

“We have all kinds of room now; I don’t see it happening,” he said.

The next meeting of Exchange is March 10. The meeting starts at noon and doors open at 11:30 a.m. The program is to be Michigan City Mayor Duane Parry.

President Barnes opened the meeting with the Pledge of Allegiance to the Flag and the Homemakers’ Creed. Roll call was taken by members telling if they preferred homemade or purchased Valentines. Sardeson read the minutes from the last meeting, and Garrison gave the treasurer’s report. “Coins for Friendship” were collected. Sardeson presented the health, safety and wellness tips on living longer and healthier by walking more. Lebo and Swanson led the song “I Can’t Help Falling in Love with You.”

The Community Volunteer form was passed around and ladies entered their information. Russ offered to turn in the form since she was visiting the Extension Office tomorrow.

Barnes announced upcoming Extension Homemakers events. The next Educational Retreat is March 18 and will be held at the County Extension Office. Registration begins at 2:45 p.m. at the County Extension Office, and those interested in attending should call the office to reserve their place. The Michigan City Spring District meeting, held in Saint Joseph county, is scheduled for March 25. Anyone interested in attending the district meeting should call Kathy at the Extension Office to place their reservation and learn more details of the meeting.

Barnes led discussion on developing the program book for next year. Her goal is to finish the program book planning by the end of March. Several members brought in their research. Lebo shared “parting shots”. Austin distributed a list of flowers for each month with the meaning of the flower, and several appropriate accompanying songs. Swanson shared song lyrics she had found. Garrison read through a sheet of famous quotes and idioms, and Sardeson passed around a list of well-known proverbs. Barnes read through her list of roll call ideas and shared meanings for flowers. After members shared their information they began mapping out the months and information month by month. Austin wrote the information down as it was discussed and items were decided.

She offered to find needed song lyrics. Austin agreed to take all the gathered information and blend it with her notes to create one document to turn in to the Extension Office.

Secret Pal gifts were given to Swanson and Teter. Brown won the door award. The next meeting will be Monday, March 30, at Lamb’s Chapel United Methodist Church at 6 p.m. Refreshments in March will be provided by Lebo. Teter offered to bring refreshments for April. Sardeson will present the lesson “Let’s Talk Thyroid.”