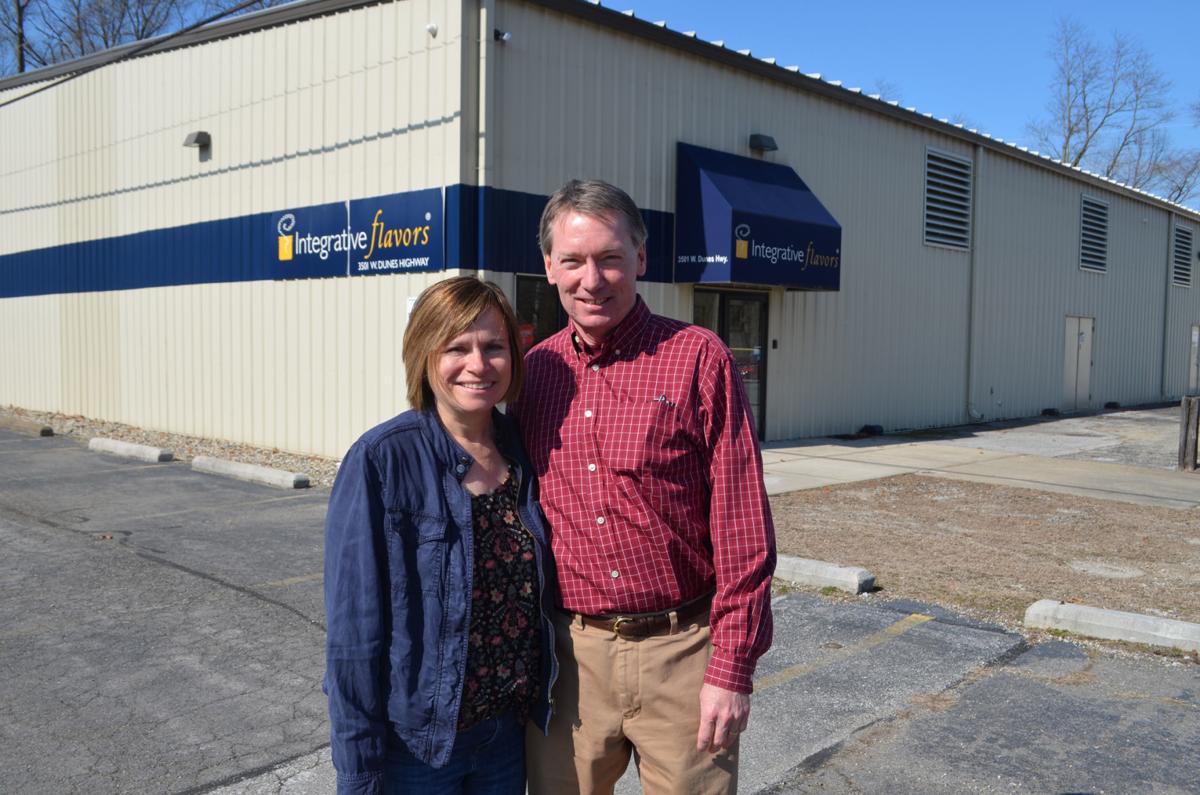 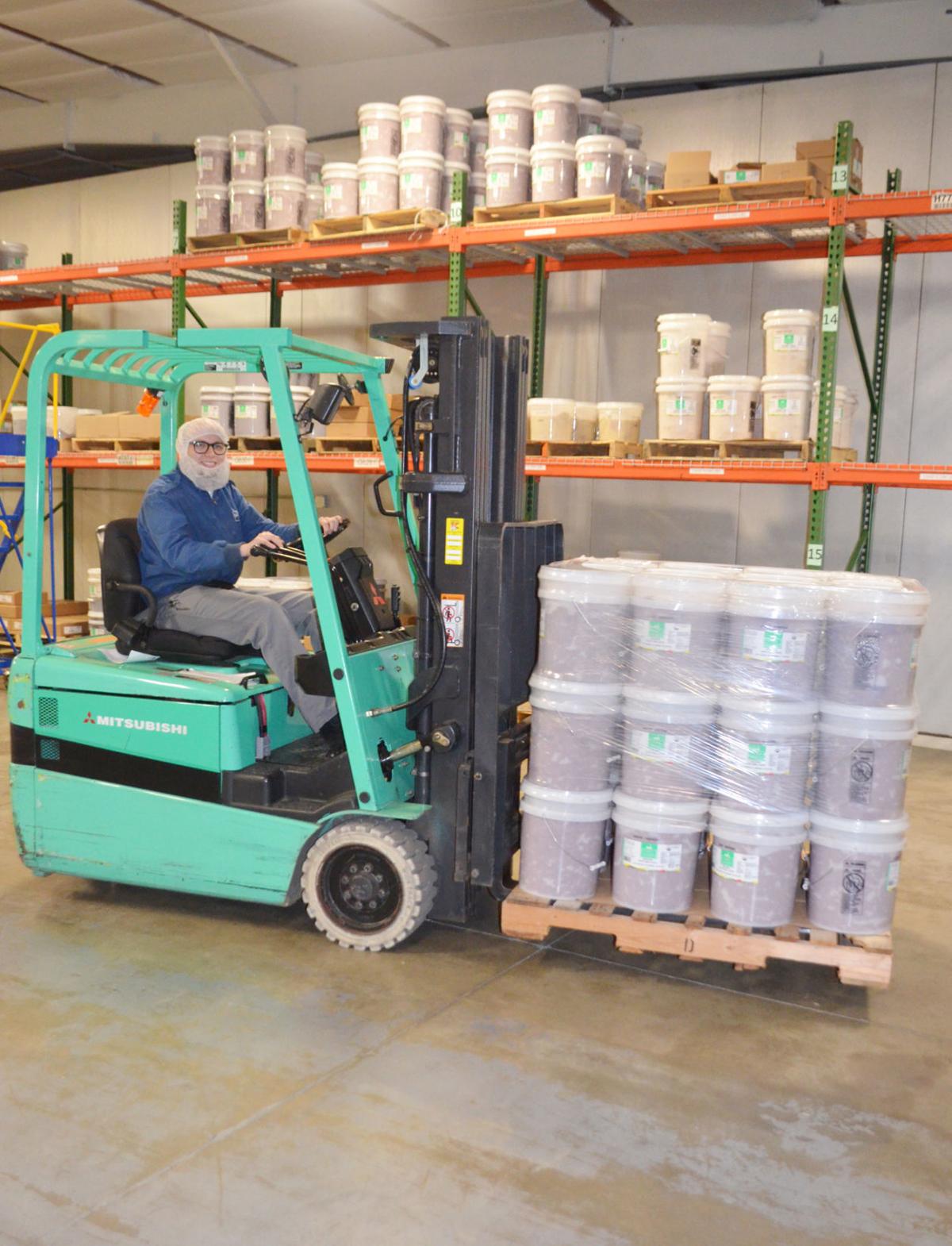 As explained by President Georgeann Quealy, Integrative Flavors “is a nationally certified, woman-owned business that manufactures and distributes clean-label and traditional, savory flavor bases and food concentrates used in soups, main dishes, side dishes, salad dressings, and other foundation foods.”

And, as noted at www.cooksdelight.com, for more than eight decades “chefs and food specialists have been turning to the culinary expertise and manufacturing perfection behind the Cook’s Delight brand.” The company holds a USDA Establishment stamp P-125/M-125, distinguishing it as one of the oldest operating food manufacturers in the United States.

“We were the 125th food manufacturer in the United States to be approved by the USDA for federal inspection,” explained Georgeann. “There are now over 50,000 USDA-inspected food companies.”

Integrative Flavors began in 1938 when Mr. West, who was affiliated with West Coffee Company; Dr. Williams, a dentist; and Webster W. Witt, a former proprietor of the Spaulding Hotel in Michigan City, purchased the West Coffee Company in Chicago. They renamed it Williams, West and Witt’s Product Company.

The company flourished as it provided bouillon for the troops during World War II, and then saw continued success as it produced its first line of soup bases and bouillon formulations. Ernest E. Amiet, a Palmer House Chef, helped develop these and is the featured chef on the original’s Cook’s Delight products. Williams, West and Witt’s Product Company was first located at 125 West Ohio Street in Chicago near the historic Water Tower in the Magnificent Mile, and later moved to 3289 North California Avenue in the Lakeview area.

In 1981 Victor and Dorothy Palmer purchased the company, which by then was affectionately known as the “The Soup Plant.” They moved its operations to 2596 West Ninth Avenue in Gary and later to 212 Cook Street in the early 1980s. They sold it to their daughter, Georgeann, and her husband, Brian Quealy, who is the Vice President of the company, after they had started working for the family business in 1990 and 1995. Brian and Georgeann’s two daughters, Aidan Quealy and Kiera Quealy, have also worked in the family business off and on over the years.

In 2010, Integrative Flavors moved to their state-of-the-art, approximately 30,000-square-foot soup base manufacturing facility at 3501 West Dunes Highway. This allowed for expanded production capacity and an upgrade of the business’ technology as there was a growing demand for their Cook’s Delight soup bases and flavor products, the website explained.

“We knew that we had to move and expand if we wanted to grow. Although we considered other locations in the Midwest for our plant expansion, we decided that Michigan City was ideal for our expansion,” Georgeann said. “Aside from being near family, Michigan City is ideally situated with traffic linkages that would allow us to easily ship our products to anyplace in the US in a short period of time. The workforce in Michigan City and La Porte County is culturally diverse and that diversity translates into a stronger, more vibrant company culture for our organization.”

According to its website, Integrative Flavors has been a pioneer in healthy, clean soup and food bases as the demand increased for more clean-label products and natural ingredients. They offer products that contain no MSG, are gluten free, have low sodium, and are void of any Big 8 Allergens (milk, eggs, fish, crustacean shellfish, tree nuts, peanuts, wheat and soybean). Furthermore, the company goes above and beyond of pledging its products follow a “No No List” of no artificial ingredients, artificial colors, artificial flavors, artificial sweeteners, artificial preservatives, or highly processed ingredients.

“We focus on clean label products that can fit with a number of populations and people with different dietary needs,” said Georgeann. “We try to cover as many of the ‘Nos’ as possible. Using our products provides cooks with the opportunity to serve more people with the same products, rather than having to cook special dishes for smaller audiences using different products.”

Georgeann said over the next few months Integrative Flavors is preparing to launch a new line of zero-sugar soup bases that addresses the population wanting to eliminate sugar from their diets. This “Zero” line of chicken, vegetable, and beef bases contains not only zero sugar, but no gluten, Big 8 Allergens, or MSGs as well.

She estimated that the company has produced more than 500 different formulas of products since its beginning and now offers 100 active ones. Their current top sellers are the organic chicken base, the chicken base with no MSGs, and the organic shrimp base. Their sustainably sourced lobster base is one hard-to-find item they offer.

“Our customers are local, regional and global, ranging from individual users to multi-national corporations,” Georgeann said.

Integrative Flavors products can be found locally under the name of Cook’s Delight at Valueland, Nature’s Cupboard, and Ludwig Fish & Produce, a food service distributor in La Porte. The company’s products may also be ordered through Amazon. Michigan City’s Swingbelly’s restaurant has been an Integrative Flavors customer for 30 years, and nationally, Integrative Flavors is a supplier to industrial food manufacturers such as Plenus Group and Nestle, including for its Lean Cuisine Origins product.

Georgeann added, “Many of our products are Whole Foods compliant (an American multinational supermarket chain that specializes in natural and organic foods), so we sell to a lot of manufacturers that sell to Whole Foods.”

“We get a lot of inquiries of what to do with our soup bases,” said Georgeann. She offered a few suggestions such as flavoring mashed potatoes with their chicken base, roasting potatoes with their chipotle chili pepper base and olive oil, and adding their vegetable base to boiling water when cooking vegetables. The Cook’s Delight website provides educational information, tips and recipes for both consumers and those in the food service industry.

Georgeann noted that since 2011 Integrative Flavors has been certified as a woman-owned business in both Indiana and nationally through the Women’s Business Enterprise National Council (WBENC).

“Not a lot of manufacturers are women-owned, but more and more women are in manufacturing positions of responsibility and decision-makers,” she said. “It’s tough to find peers in this industry, so we are always seeking partnerships that will propel the opportunities forward for all women in our business channel. Our 2020 sales initiative is to reach out to other certified women business owners and seek out partnerships that will benefit both companies.”

Integrative Flavors is also committed to its community as demonstrated by its yearly give-back program where its employees volunteer their time to pack soup bases that are then donated to local soup kitchens, food pantries, churches and other non-profits. Local recipients of the company’s philanthropic efforts include The Salvation Army of Michigan City, Share Foundation, Stepping Stone Shelter for Women, and more.