The Prosciutto sandwich is a popular choice at Panini Panini, 1720 Franklin Street. The European-style Bistro was voted the number one sandwich shop in Indiana and ranked 14th in the nation according to Yelp reviews compiled by BuzzFeed. 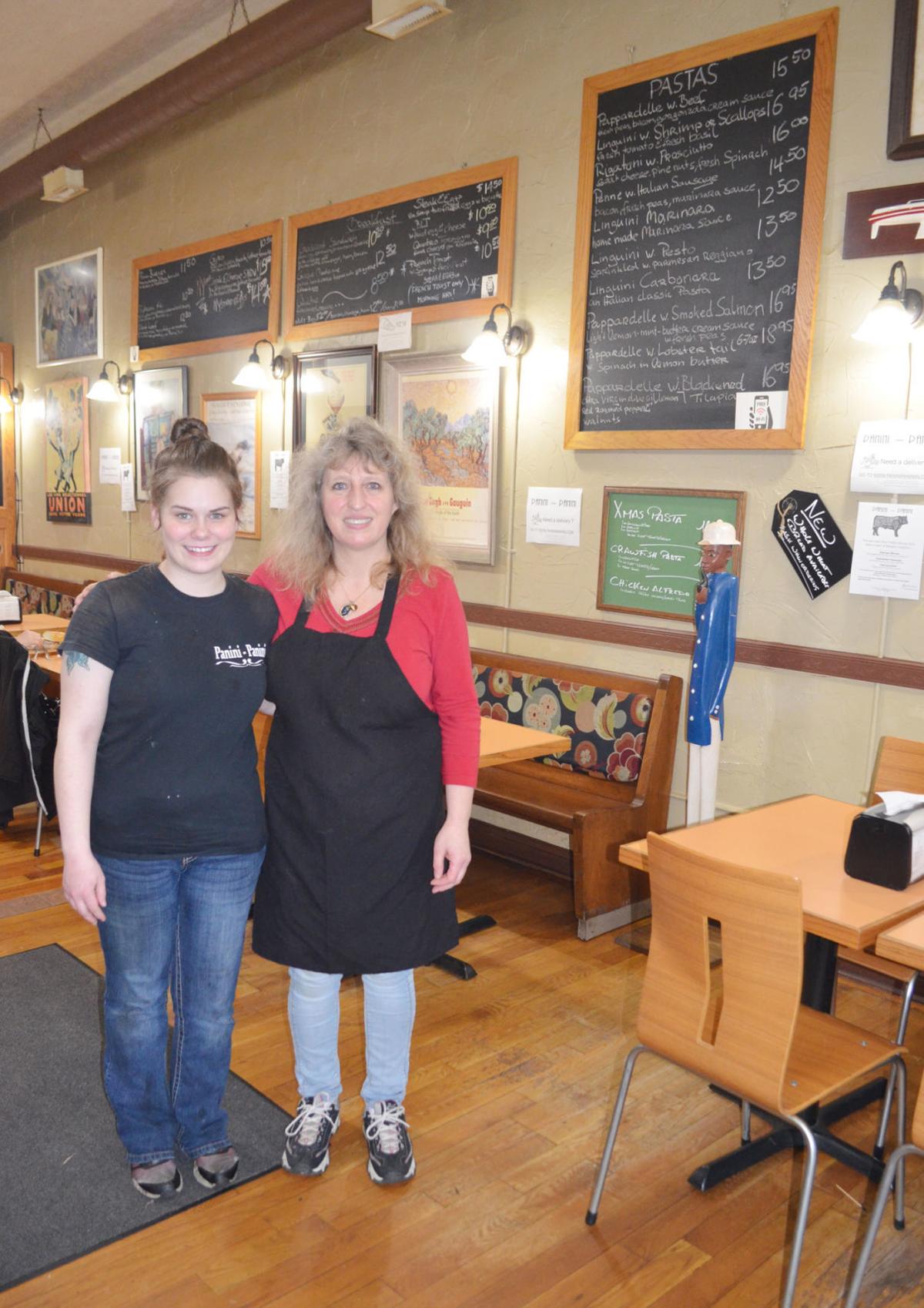 Employee Abby Ehlers, left, and owner Sabine Bauwens in Panini Panini at 1720 Franklin Street. Sabine and her husband, Ben, took over ownership of the decade-own European-style bistro in November 2018.

The Prosciutto sandwich is a popular choice at Panini Panini, 1720 Franklin Street. The European-style Bistro was voted the number one sandwich shop in Indiana and ranked 14th in the nation according to Yelp reviews compiled by BuzzFeed.

Employee Abby Ehlers, left, and owner Sabine Bauwens in Panini Panini at 1720 Franklin Street. Sabine and her husband, Ben, took over ownership of the decade-own European-style bistro in November 2018.

MICHIGAN CITY — Being selected as the number one sandwich shop in the state and the 14th in the nation, according to Yelp reviews and compiled by BuzzFeed, is quite an honor. And, it’s one bestowed to Michigan City’s own Panini Panini, located at 1720 Franklin Street.

Ben and Sabine Bauwens purchased the European-style bistro in November 2018 after it had been open about a decade under different ownership.

Both born in Belgium, they lived in France before coming to America. There, Ben worked as a construction engineer for wine chateaus. Intrigued by the lower housing costs in the Detroit area, Ben decided to visit there. However, while making a stop on the way from O’Hare International Airport, he instead fell in love with Michigan City.

“We really liked the Michigan City area,” said Sabine. “We decided to make the step and move here.”

Ben and their son Tanguy, now 17-years-old, moved here in March 2018 and Sabine and their daughter, Marine, now 19-years-old, followed a few months later in July.

The Bauwens had previously owned another restaurant, Tortorice’s Pizza in Buffalo Grove, Illinois, but sold it when they took on the Panini Panini venture.

“We prefer this one because it’s more our kind of food,” explained Sabine. “We found this business to take over and it’s perfect.”

Sabine described her husband as a “French chef – With nothing in the fridge, he could make something very good.”

A favorite of the sandwiches, all served with a small side salad and fruit, is the Croque Madame consisting of ham with Swiss and Parmesan topped with a fried egg. Another popular request is the Reuben with corned beef or pastrami, sauerkraut, and Swiss on rye with pickle. In the not-so-common seafood sandwich food fare at the restaurant, visitors enjoy a grilled monkfish fillet sandwich with tomato and Romaine lettuce on whole wheat bread, a grilled scallops sandwich with fresh pears or plums, Prosciutto, and goat cheese on Italian bread; and a house-smoked salmon sandwich with lettuce and tomato on toast. Whole wheat bread is now available as well as gluten-free bread on nearly every sandwich.

Upon gaining ownership of Panini Panini, the Bauwens kept the restaurant’s menu choices primarily the same with some tweaks and additions here and there.

The pasta recipes have changed to reflect their European influence and a few new sandwiches have been added. Most notable is the amount of homemade items including pestos, pasta sauces, and the garlic dressings. Many of the meats are prepared at the restaurant too, including the home-smoked salmon, the pot roast and the turkey.

“He created it for me because I wasn’t hungry for a sandwich,” explained Sabine.

The Soft-Shell Crab sandwich is another one of Ben’s creations. It contains two soft-shell crab, house-made coleslaw, and cheddar on a homestyle bun.

Sabine makes an array of desserts, which are offered on a rotating basis. These include chocolate mousse, carrot cake, lemon bars, strawberry bavaorois, almond Florentine, éclairs, and tiramisu, to name a few.

Tomato and French onion soup are always available with a third soup changing daily. This might be basil, Portobello, squash, or leek, among several others.

Drinks offered by Panini Panini include hot beverages such as espressos, cappuccinos, café lattes and hot chocolates. Cold drinks include fountain Pepsi products, bottled drinks such as Pure Leaf, Life Water, Orangina and San Pellengrino, as well as canned drinks including Bubly. Last month, Jones Sodas have been added to the line-up. There’s also a selection of boutique wines and craft beer.

Panini Panini also offers a catering menu with breakfast trays, salads, sandwich trays, and dessert trays available. Customers can opt to hold after-hours events with the restaurant which seats 30-35. Deliveries are another option with Panini Panini through Door Dash.

Panini Panini is a regular participant in First Friday Artwalk events promoted by the Michigan City Mainstreet Association in the Uptown Arts District. For the next First Friday event on Feb. 7, Panini Panini is offering a special Belgian traditional dinner beginning at 5:30 p.m.

Featured dishes are Asperge Mimosa, a green asperges served with diced boiled egg and melted butter; Carbonades Flamandes, a Belgian beef stew served with a classic potato puree; and Café Gourmand, coffee served with an assortment of pastries. Veggies lovers can opt for fish to be replaced with the beef. Customers are welcome to make reservations for this special dinner in advance until Wednesday, Feb. 5, or choose to order off the regular menu that evening.

Panini Panini, with their staff of six, which includes the owners, serves customers from the Michigan City and surrounding local areas in addition to Chicagoland visitors especially on the weekends and during summer months.

Panini Panini is open Tuesday through Saturday from 8 a.m. to 4 p.m. More information can be found on their website, www.paninipaniniin.com, or on Facebook under “Panini Panini.” The restaurant can also be reached at 219-873-1720.