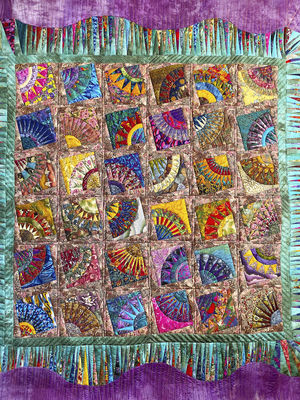 A quilt by Patrick Whalen. 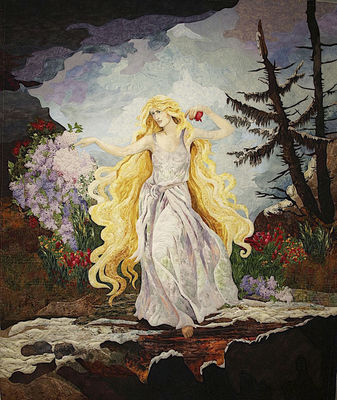 This piece by Jamie Wallen will be featured during Textiles in Winter at Artspace. 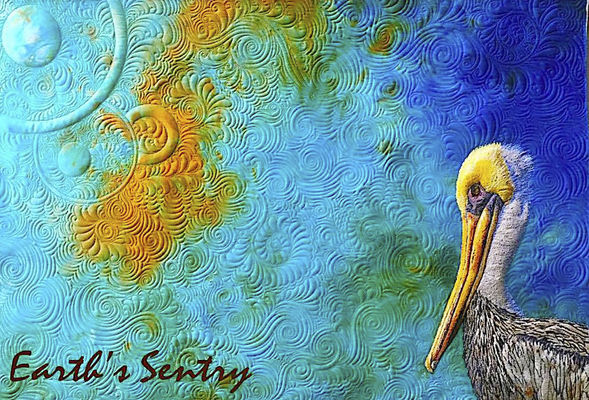 A quilt by Patrick Whalen.

This piece by Jamie Wallen will be featured during Textiles in Winter at Artspace.

MICHIGAN CITY — A group of artists will be celebrating a craft whose artistry dates all the way back to Ancient Egypt when First Friday returns this week.

On Friday, Dec. 6, Artspace Uptown Artist Lofts will open its latest exhibition, Textiles In Winter, featuring nine artists known throughout the fiber art industry. The event will be held from 5 to 8 p.m. at the lofts, 717 Franklin St. in Michigan City.

Jamie Wallen, an award winning long arm quilter and Michigan City resident will be displaying various quilts and portraiture exhibits, some of which look like an oil painting spun with thread.

"Textile art is one of the oldest known art forms dating back to ancient Egyptian tapestries," Wallen said. "Textile art can be made from plant fibers, animal wool and furs, insect thread (such as silk) or man-made material." Wallen.

Patrick Whalen, a modernistic textile artist, has been involved in the arts since the early '80s as a professional designer and Trompe L’oeil in New York. Whalen has been inspired by classic master artists and techniques and is excited to showcase his work to Michigan City. He believes in Functioning Art that is lived with and utilized in Daily Life.

Brenda McKnight is a well recognized Michigan City Textile Artist with her sought after hats, clothing and paintings she has been creating her whole life. She has traveled extensively and hails from Colorado with a long tenure in Chicago. McKnight believes nothing vintage should be un-utilized to create something new and fresh.

Kate Whalen Valley has been a Professional Textile Weaver since the early 80s. She returned to her hometown and opened her own studio in 2009 and now resides at the Michigan City Artspace creating Functional commission pieces as well as her signature high end towels and rugs.