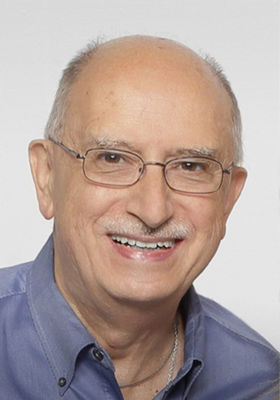 With 50 years as a commercial photographer, Walt Bukva is full of gratitude for the rich experiences with friends his career has provided. 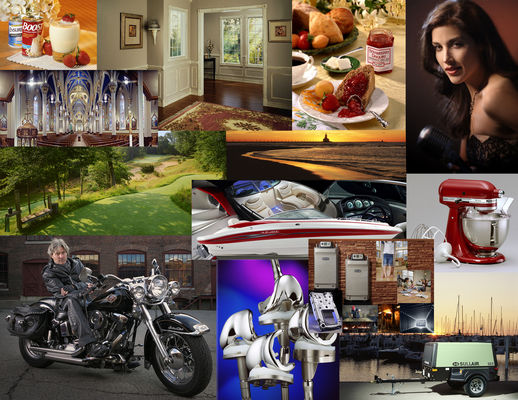 With 50 years as a commercial photographer, Walt Bukva is full of gratitude for the rich experiences with friends his career has provided.

MICHIGAN CITY — For Walt Bukva, stepping behind a camera is so much more than taking a photograph.

Reflecting on the past 50 years as a commercial photographer, Bukva is full of gratitude for the gifts his profession has provided. Full of a gracious humility, he, is first and foremost, thankful for the lives he’s touched of those he considers not clients, but friends, and for the many moments that have shaped his life.

Back in the 1950s, Bukva grew up in Downers Grove, Illinois, in a neighborhood filled with scientists who worked for Argonne National Laboratory near Lemont. He found himself joining “the bunch of people with telescopes” who were essentially a moon watch team tracking Russia’s Sputnik 1 Earth satellite.

“It got me involved in taking pictures of the stars and moon,” Bukva explained.

Bitten by the photography bug, his interest only increased at Downers Grove High School as he worked on the school newspaper and yearbook. With a full-time hall pass in hand, he often would scoot out of a boring class under the pretense that he was needed for a photo shoot of his classmates somewhere.

His big break came when he was hired to work along with about 14 other photographers for a catalog studio to take photographs of merchandise for such well-known names as Spiegel, Sears and JCPenney.

“Everything I’ve done I’ve learned OJT (on-the-job-training). I was lucky to get the job I did in Chicago. It was a big studio. It was a big thing back then.”

And, it was the beginning of a long and successful career that continues today.

“Anything I photograph is being used to sell something to someone,” he said, describing his occupation.

In 1965, with the Vietnam draft in the imminent future, Bukva entered the Army National Guard. His assignment was to keep peace on the streets of Chicago, including at the notorious Cabrini-Greene project complex.

“It was a difficult time in our country,” Bukva recalled. “People really don’t have any idea what things were like.”

Because of all the missed time at his job due to his military service, he soon found himself unemployed. He began freelancing, ultimately helping a friend who lived in Michigan City and was photographing musical instruments for a South Bend company. After six months of commuting, Bukva and his wife, Susan, decided to make the move to Michigan City. He had an uncle and aunt here, and Susan’s parents had retired to nearby Valparaiso.

His career flourished. He found himself experiencing unbelievable moments and making unforgettable memories.

Bukva once hung upside down in a helicopter, taking photographs of downtown Manhattan. Another photo shoot took him 2,000 feet down into a copper mine in Upper Michigan. He burned the soles of his shoes standing on the metal plates of a steel mill. He built elaborate room sets in his studios to photograph Whirlpool appliances or wood trim manufactured by House of Fara in La Porte. He was entrusted with a document signed by Abraham Lincoln.

Over the years, Bukva Imaging Group conducted business out of four different studio locations: The first at the St. John’s Church school building behind the Canterbury Theater (currently The Uptown Center), another at The Brewery on the corner of 9th Street and Michigan Boulevard, the next on Anchor Road and the final one on 400 N. The last, an 11,000-square-foot building located at 10464 W. 400 N., was built in 1989 as mainly “something that was close to the main roads.”

As the world of photography has evolved and on-site shoots have replaced studio work, Bukva decided the time was right to sell his final studio location, aside from his personal residence. On Jan. 4 he closed the deal for the location that now happens to be situated on the corner of the Ohio Street extension leading to the new Franciscan Health Michigan City hospital.

Circumstances such as this “right place at the right time” that are “being orchestrated by someone” are a reoccurring theme in Bukva’s life, he said. He’s a 23-year survivor of a rare cancer, caught only after he cold-called the right hospital where just the right doctor happened to begin there a few weeks earlier. Remarkably, he secured an appointment within a week.

He met the love of his life, Susan, when they were both 12 and rode the same bus every day to school together.

“The first couple of years she was mad at me because I had moved into the home where her best girlfriend has lived,” he remembered, smiling.

The Bukvas had one son and two daughters; three grandchildren have been joyous additions. He sadly lost Susan to cancer in 2012, but cherishes the 48 years of marriage they had together here. And, in his heart, he is still married.

His staff has changed too. At one time he employed as many as 15, but insisted that he wasn’t a boss they were working for, but rather someone they were working with. Today, he works individually on projects with family and friends helping out as needed.

The word “friends” is a recurring theme for Bukva.

“I don’t work for customers – I work with friends,” he insisted. “I don’t have customers – I have friends – and a lot of people I’ve worked with for many years. It’s just a part of me to be a friend.”

Whether those friends are the president of a bank or the chairman of a casino, well-known celebrities such as B.B. King or Jay Leno or an unknown small-business owner, all of his customers have had an influence on his life.

“I’ve gotten to meet a lot of people – some very nice and some not. They are all interesting.”

“I love the personalities,” Bukva continued. “I get to meet people in a more personal way.”

With a smile, he mentioned how the most common request he hears for portraits is to take off “30 pounds and 20 years.”

Bukva said he’s “very consistent with his work – that’s just the way I am.”

“They know whatever they need me to do that I’m going to do it,” assured Bukva. “I put a lot of emotion into what I do. I’m deeply involved.”

He also explained that early on he learned from his days photographing for the catalogs that “you have one second to capture someone’s attention.”

Bukva still works his usual 65- to 70-hour workweeks basically consisting of three work shifts, as the time of day doesn’t make a difference to his work ethic. Up at 5 a.m., he often is still working at 9:30 to 10 p.m. For every 30 minutes at a photo shoot, he estimates he spends two hours prepping the photographs. He said he averages 35 to 40 performances and meet-and-greets per year.

“Everything I’ve done my whole life has been fun in one way or another,” he commented.

Bukva, who himself loves antiques and history, feels he’s “here to help people remember and cherish memories.” He enjoys and appreciates the items that are brought to him to restore.

“I’m really grateful that I continue to work. I enjoy what I do. I put everything I am into what I do. I just want people to be happy and to put a smile on their face. I’ve been given a gift of helping people. It’s not the money. I’m grateful to be here to do it.”