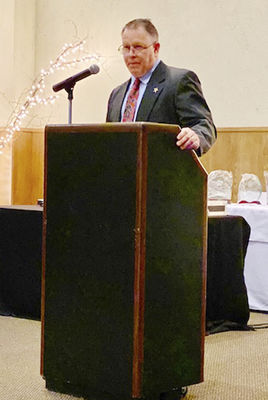 Sheriff John Boyd highlights the accomplishments of his employees and their department. 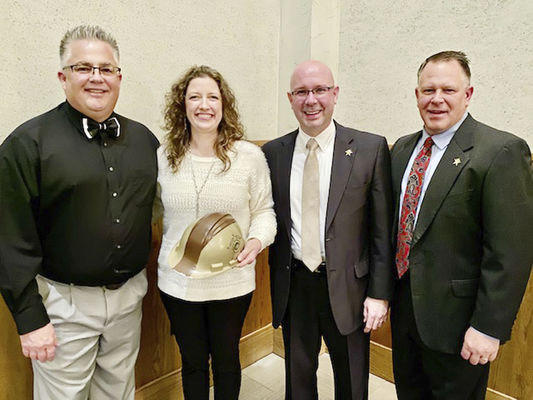 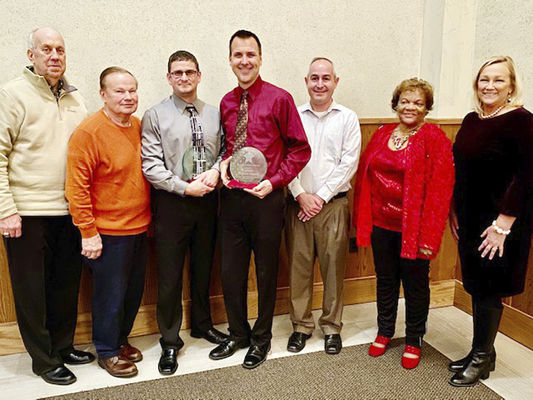 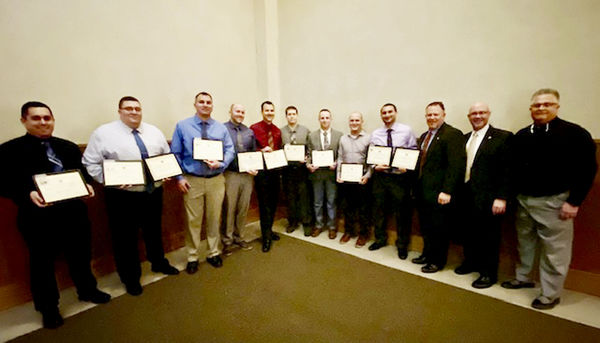 Sheriff John Boyd highlights the accomplishments of his employees and their department.

HESSTON – Several employees of the La Porte County Sheriff's Office were lauded for acts of bravery, life-saving actions, and for going above and beyond the call of duty.

On Jan. 4, the Sheriff’s Office hosted its annual recognition dinner and department meeting at the Heston Hills Banquet Center. The event allows employees of the department "to enjoy fellowship amongst each other and their loved ones," according to Sheriff John Boyd, who took the opportunity to talk about some of the accomplishments and highlights of 2019. The sheriff also outlined departmental goals for 2020.

“Undoubtedly, several lives were saved by the efforts of these deputies," Boyd said. "Their dedication to serve others inevitably made an impact on many individuals and families throughout La Porte County. I publicly thank these deputies for their steadfast commitment and service.”

One administrative staff member was also honored for bringing two large-scale projects to fruition at the La Porte County Jail.

In 2019, Jail Administration undertook two large projects – the transition of medical care providers, and the privatization of kitchen services. The completion of the two projects is projected to save the taxpayers of La Porte County about $493,000.00 in 2020.

"Jeanne Crosslin, jail administrative coordinator, was responsible for making these transitions occur," Boyd said. And she was recognized "for her detail, work ethic and enthusiasm."

Crosslin was presented with Chief Deputy Ron Heeg’s “Hard Hat” award, given to a division or individual employee who performs to an exceptional level.