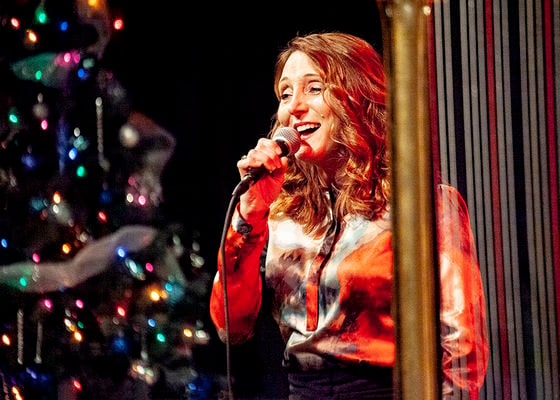 Holly Schroeder of La Porte will be one of several musicians returning to the stage for Christmas at the Acorn. 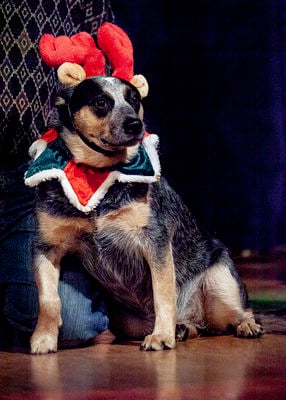 Festive costumes will also be a highlight of the Christmas at the Acorn show. 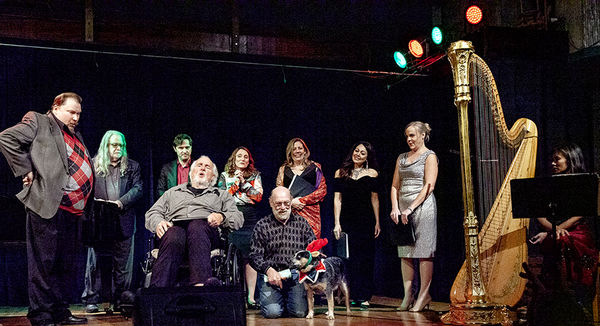 The cast of a previous year's Christmas at the Acorn show gather on stage for a final song. 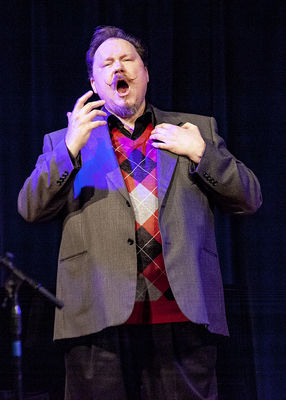 Warren Moulton brings it all to a previous performance of Christmas at the Acorn.

Holly Schroeder of La Porte will be one of several musicians returning to the stage for Christmas at the Acorn.

Festive costumes will also be a highlight of the Christmas at the Acorn show.

The cast of a previous year's Christmas at the Acorn show gather on stage for a final song.

Warren Moulton brings it all to a previous performance of Christmas at the Acorn.

In other words, it’s complicated.

Swan will be showcasing those “chess-playing" skills when he, along with Harbor Country Opera, brings back Christmas at the Acorn for its 15th annual show on Dec. 21 at the Acorn Theater in Three Oaks, Michigan.

Starting at 8 p.m. (EST), Swan will showcase American holiday favorites, Christmas classics from around the world, and some newly discovered favorites, performed by regionally and nationally renowned singers of opera and musicals.

Classics include “Oh Holy Night,” sung by a tenor and accompanied by harp; “Silent Night,” performed by a soprano singing descant against a background of audience humming; and “Christmas Time is Here” from “A Charlie Brown Christmas.”

Swan is also proud of a new version of “You’re a Mean One, Mr. Grinch,” reimagined as a dispute between a husband and wife.

There’s a knack for organizing a show beyond securing top talent and music, he said.

“The order is important in terms of how people experience a show and experience each song,” Swan said. “If you have three uptempo songs right in a row, they don’t have quite the same effect if you don’t mix them with something a little more thoughtful in between.

“And each song gets sort of set up by the next one in terms of mood and pace and all those sorts of things. So it’s kind of like three-dimensional chess, because you’ve got to organize who’s got what. You can’t have someone doing four solos in a row.”

He also has to keep in mind what they’re wearing. For instance, singers Warren Moulton and Holly Schroeder will be decked out in Santa attire when they perform “Santa Baby.”

“But they can’t be singing all the rest of their stuff with Santa outfits on,” Swan said, “so we have to arrange time to get them in and out of their costumes.”

Swan said he’s had 15 years of success with Opera at the Acorn, but noted the holiday production was far from a sure thing when he first proposed it. He said some people doubted whether anyone would come out for a winter show.

“They didn’t believe we could get an audience and the first time they put it on, they packed the place,” he said.

For Swan – an actor of stage and screen who appeared in such movies as “The Untouchables,” “Hoosiers” and “Rudy” – the show is more personal. It reminds him of his time as a choirboy at St. Paul’s in Chicago, and of Christmases growing up in the Midwest.

“That’s what this show does for me,” he said, “and that’s why I think it’s so popular.”

Tickets are $30. For more information, or to purchase tickets, go to acornlive.org or call 269-756-3879. The Acorn Theater is located at 107 Generation Dr. in Three Oaks, Michigan.