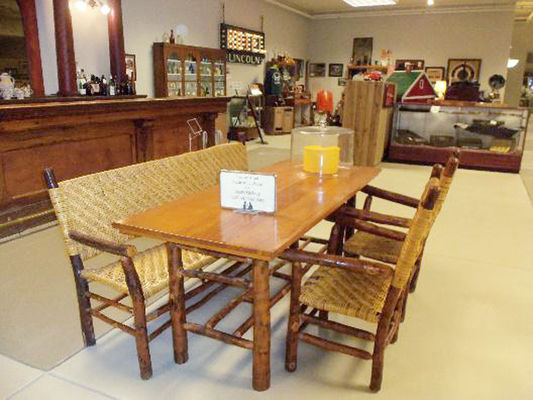 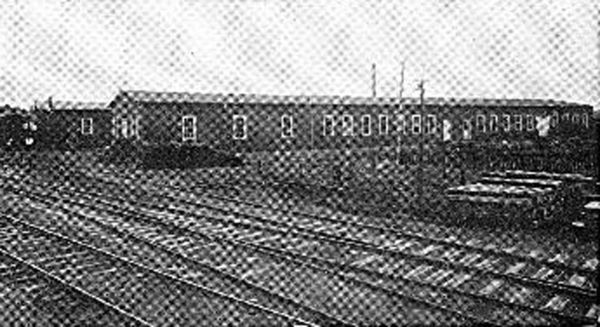 Although La Porte County is generally identified as an “agricultural” county, it has had its share of manufacturing firms. Today, these firms have been replaced with much smaller companies with lesser employees. It is important, however, that we remember how “it was” to understand how “it became what it is today.”

One of the many industries was the Rustic Hickory Furniture Company located in La Porte. This company was organized in 1902 with Edward H. Handley as president and manager. He was the father of Harold Willis “Pee Wee” Handley, who would later become Governor of Indiana. J. C. Travis was treasurer and Warren Travis was secretary. The company was incorporated Jan. 2, 1903. It manufactured exclusively hickory furniture. There are examples of their product on display on the lower level of the La Porte County Historical Society Museum. The furniture was shipped to all parts of the U. S., to Canada and Mexico. There were about 40 men employed there. The product of the La Porte factory was selected to equip the Illinois building at the Portland, Oregon, fair.

This firm began operations in the John Hilt barn, which was located in the east end of town, near the locating of the Indiana Moulding & Frame Company. A few years later, after this barn burned, it was moved to the west end of town and located between the New York Central and Pere Marquette Railroads. The company was then reorganized and Dr. O. L. Sutherland and J. Vene Dorland were added to the Board of Directors.

Rustic Hickory Furniture Company manufactured hickory furniture for the porch and terrace and made a complete line of living room, dining room and bedroom furniture for the summer home. The company was represented in all the leading furniture stores of the United States and Canada. The first rustic hickory factory was operated from 1888 to 1940 in Martinsville, Indiana, by Edmund Brown and was called Old Hickory Chair Co. There was a large natural stand of hickory tress grown in that area by farmers as a harvestable crop. It was reported that the company took its name from the former president of the U.S., Andrew Jackson, known as “Old Hickory.”

Hickory poles were shipped by rail from southern Indiana and were trimmed and cut in various lengths. These poles were used for legs or arms and were placed in boiling water over night to make them more pliable for bending. They were then sized, held tight with steel clamps and put in a dry kiln for the next 24 hours. They were then sanded, cut to proper lengths and then run through a knotting machine to remove knots and uneven bumps. The color was then ecru or pale yellow. The next operation resulted in creating a tenon—a projecting piece to be fitted into another piece of wood so that in every hole drilled there must be a tenon-like piece to go into it. All such machines were powered by a coal-fired steam boiler.

The seats and backs of the furniture were woven by women. In the early days, bark was stripped from the hickory trees and used as seat and back material for weaving. This was a difficult process so cane and reed were generally used, especially in the 1930s and 1940s. As the items were finished, they were stored in a warehouse. The warehouse would soon be almost empty as shipments had been made to department stores, resorts, state and national parks and summer cottages all over the United States.

As of at least 1990, old-fashioned hickory furniture was still being made at the Indiana Farm at Putnamville. In the 1960s, the inmate population became uncontrollable and furniture manufacturing was halted. However, public demand brought back the furniture-making in the 1970s. The Old Hickory Chair Co. changed its name in 1921 to Old Hickory Furniture Co. and by then had relocated to Shelbyville, Indiana. It closed in 1978 but reopened in 1982.

Visit the La Porte County Historical Society Museum, 2405 Indiana Ave., to view the Rustic Hickory (and thousands of other) displays. Visit the website at www.laportecountyhistory to view Museum details.